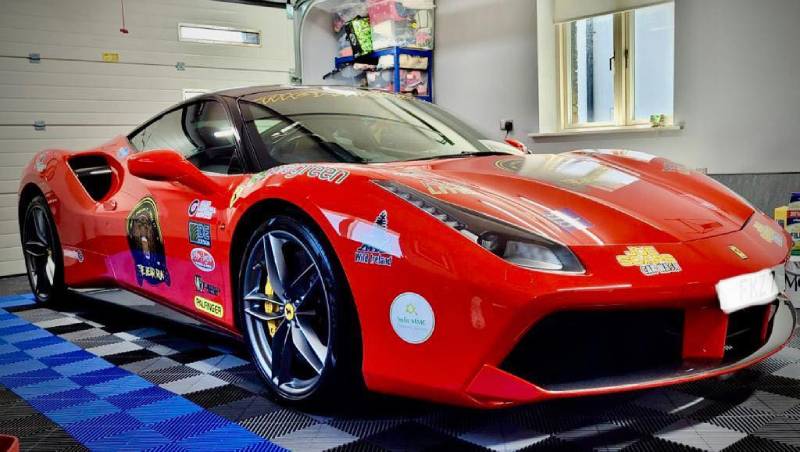 Supercar event hits the hills of Donegal this weekend

The Bear Run 74 is coming to the hills of Donegal this May Bank Holiday weekend.

The two day event, on Saturday 30th April and Sunday 1st May, will showcase some of the worlds most iconic supercars and American muscle cars around locations in Donegal for spectators to witness, in aid of the Foyle Down Syndrome Trust. 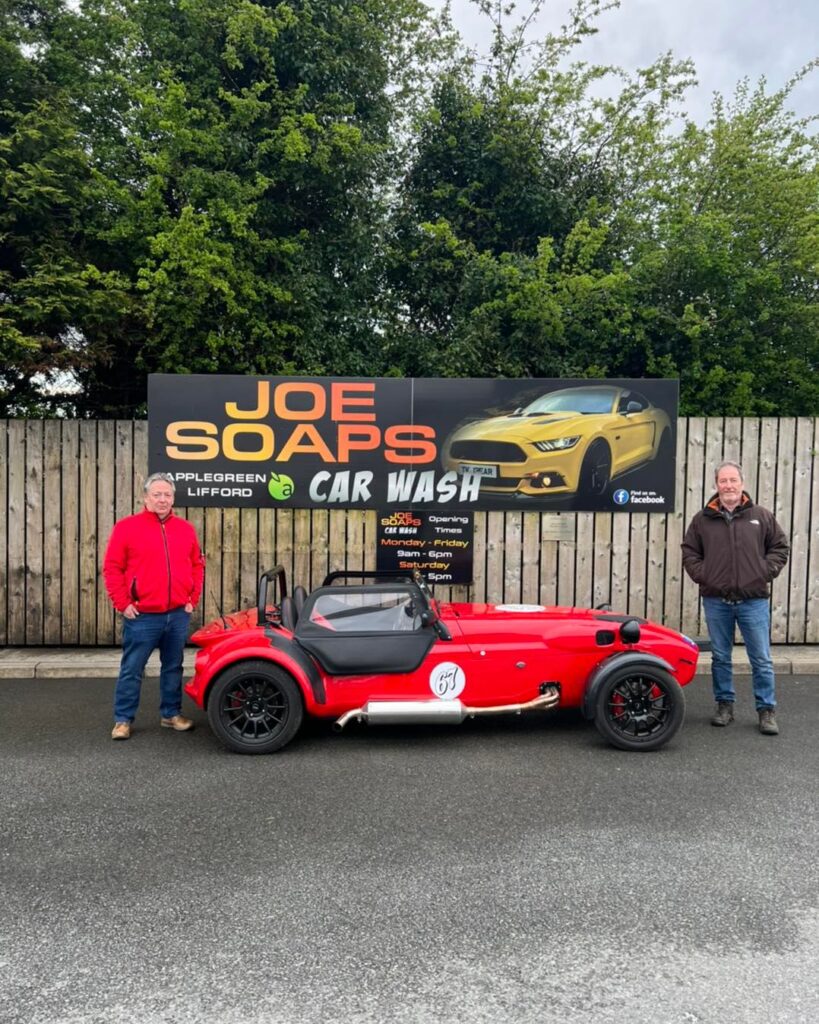 Keith Gamble from Lifford has been organising these events in memory of his late father but also to raise much needed funds for charity.

“This is the first we’ve set up a trip, we always do car shows and car and coffee mornings in Applegreen in Lifford for charity, but this time we’ve set up a two day trip around Donegal to take it to the roads.

“Lamborghinis, Ferraris, McLarens, Porsches and other top of the range cars will be on show at the event.”

The cars will be showcased in different areas in Donegal over the two days, starting from Applegreen Lifford at 9am on Saturday, stopping in Applegreen Carndonagh, Wild Ireland and ending in Downings.

The Sunday will start and end in Downings with stops at the Poisoned Glen and Mountain Top Letterkenny. View the poster below for all stops and times. 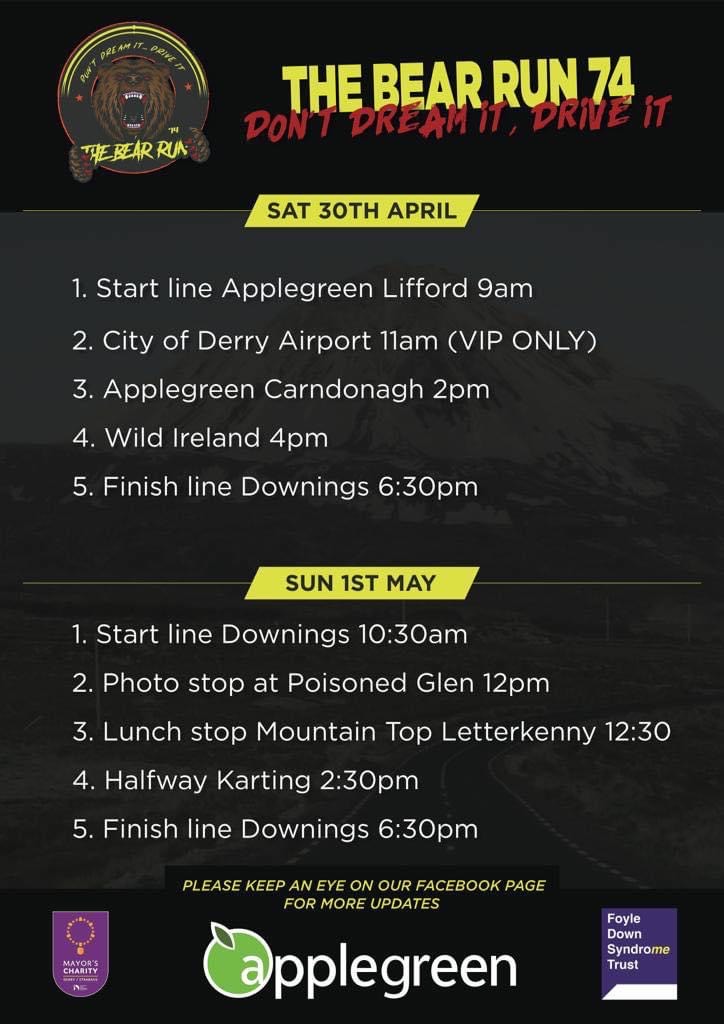 The name of the event comes from Keith, whose nickname is the Bear, and the 74 is for the age of his father Joe Gamble, when he passed away from cancer nine months ago. 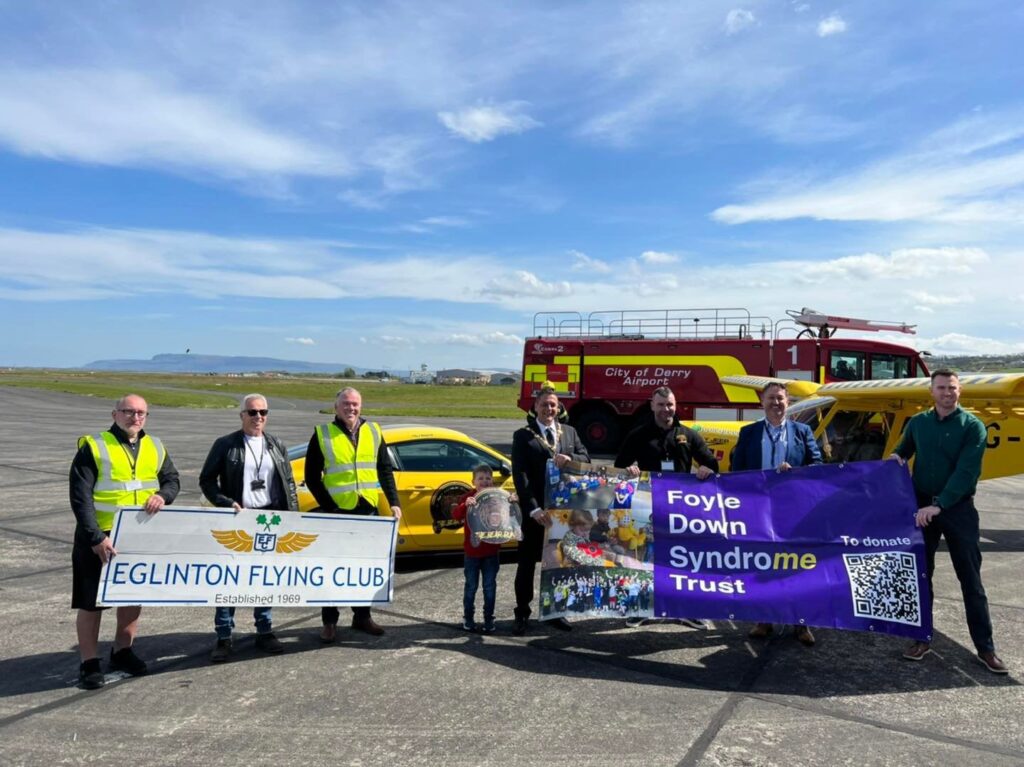 The Mayor of Derry City and Strabane district Graham Warke, who will be in attendance at the event, chose the charity for the event to be the Foyle Down Syndrome Trust. Keith also has a brother with special needs.