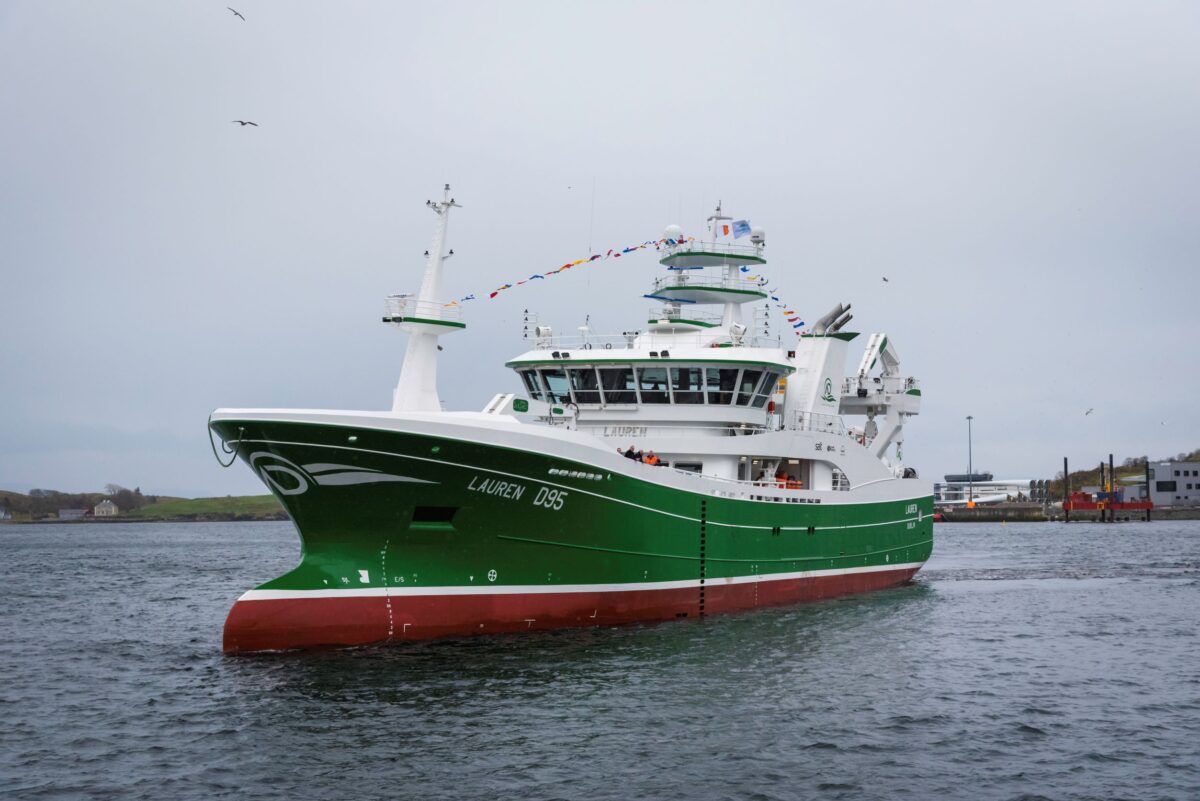 1,000 tonnes of fish destroyed in Killybegs in weighing debacle – IFPEA

The Irish Fish Processers and Exporters Association (IFPEA) reports that over 1,000 tonnes of freshly landed, high-quality Blue Whiting were rendered unfit for human consumption in Killybegs at the weekend, due to a new State-imposed weighing regime.

The ‘MFV Lauren’ returned after her maiden voyage to her home port of Killybegs at the weekend.  Upon arrival at port, this landing was subjected to a ‘full monitor’ or control weighing by the SFPA. The weighing method rendered the fish unsuitable for food products.

Over 50 fish processing workers were sent home as a result, all of which will hit the local economy hard, say fishing organisations.

The association is calling on the Marine Minister and the Government to urgently halt the new regime.

The new weighing regime forces the draining of refrigerated sea water from the fish storage tanks. “This dewatering breaks the cold chain and also results in the fish being compressed during transport,” says IFPEA chief executive, Brendan Byrne. “The fish become unfit for human consumption as a result of this process.”

Mr Byrne says the new options for control weighing are “impractical and have no reasonable regard to the food grade processing requirements of this valuable Irish resource. The option offered of dewatering and weighing the fish in bulk tankers was not a practical or viable solution for the MFV Lauren.”

Last year, the High Court ruled against the Sea Fisheries Protection Agency (SFPA) for its failure to approve the conveyor belt fish-weighing system in Killybegs.

Mr Byrne said: “No other EU country is being forced to adopt such an unworkable regime, so Ireland’s fishing industry is now being put at a huge competitive disadvantage. The Irish Sea Fishery Protection Authority (SFPA) are imposing the new weighing system, despite a High Court ruling that authorities should introduce an alternative system. We call on the Government to halt the new regime immediately and implement the High Court ruling.”

Aodh O Donnell of the IFPO says Irish seafood exporters have already lost vital and profitable sales from the interrupted and uncertain landing scenario prevailing since March 7th. “There are also wider socio-economic losses for the region, such as loss of earnings for part-time fish processing workers who missed badly needed employment opportunities. This latest incident with the MFV Lauren led to the loss of two days weekend overtime work for 51 employees who had to be sent home.”

Regrettably, the blue whiting season is now ending, and the losses suffered by the industry and local coastal communities cannot be undone, says Aodh O Donnell.

“We have a modern pelagic fleet, and processing plants have invested in state-of-the-art weighing systems. These systems include live feed camera monitoring of in-house weighing, supported by 31-day back-ups. No other EU member state has implemented the level of control the SFPA is currently exercising. The Irish industry has a commitment to sustainability and fit-for-purpose control …. but we need a level playing field. Otherwise, the industry will shrink, and decay and our competitors will benefit exponentially from fish caught in our waters.”

“We call on our Minister and the Government to play a vital leadership role in urgently resolving this matter and implementing the High Court ruling.”