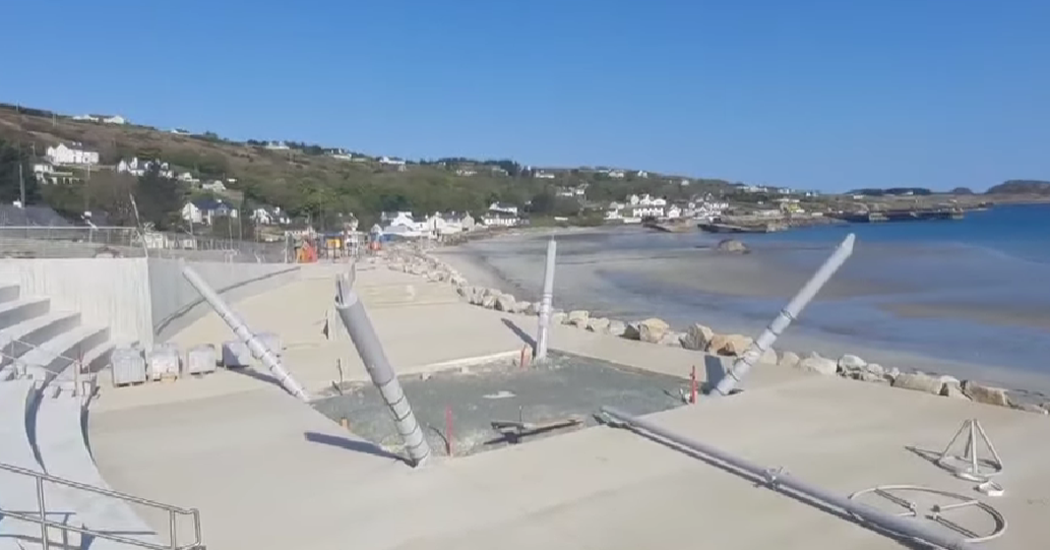 Arranmore Island will soon be hosting some of Ireland’s most scenic gigs as a new outdoor amphitheatre nears completion.

The open-air event space sits on the shore front of the island, adding a dramatic seaside background to any show.

The performance space incorporates terraced seating and a viewing platform with a canopy, alongside a children’s play area and a car park.

The development is part of the €4.1m ‘Harbour to Island’ rural regeneration project for Ailt an Choirráin (Burtonport) and Árainn Mhór.

Comharchumann board member and local councillor Michael Cholm Mac Giolla Easbuig said it’s an amenity to be fiercely to be proud of.

“Well done to all the workers, it’s an exciting time and there are more announcements to come shortly on more fantastic projects here,” he said in his video tour.

The space is expected to be formally launched by the summer.

The project is co-funded by the Council and the Department of Rural & Community Development under the Rural Regeneration and Development Fund which is a flagship element of Project Ireland 2040.

This project is the result of a partnership between Donegal County Council and Comharchumann Oileán Árainn Mhór.