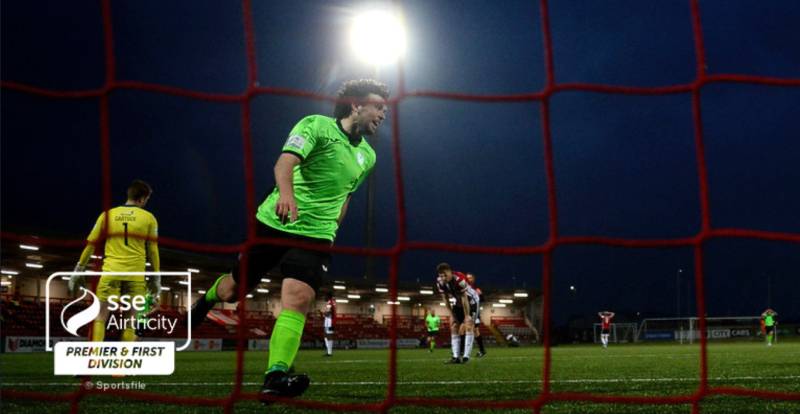 Barry McNamee was delighted to get what he described as ‘a massive three points’ tonight as he scored the only goal of the game to beat Shelbourne 1-0 at Finn Park.

“It’s a massive three points, it keeps us in touch with the teams above us, we said it before the game how important tonights game was it i’s great to get three points.”

Despite the win, McNamee is looking ahead to the next games now, with last season’s champions Shamrock Rovers next before playing bottom side UCD and Drogheda United, who are just above Finn Harps.

Barry added: “It’s been frustrating but we can’t dwell on that, we have a massive game next week against Shamrock Rovers and then it’s UCD and Drogheda, the two teams right beside us after so it’s a massive few weeks before the break.”