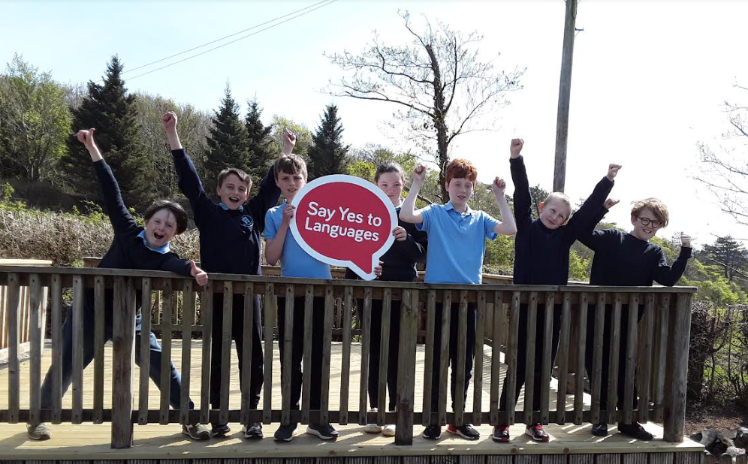 Throughout May and June, third to sixth class pupils from Ballymore National School, Dunfanaghy, will be taking part in the new Primary Language Sampler.  The sampler module is a means for raising awareness among pupils of the range of languages used by their peers, in their schools and community.

Over 500 schools nationwide are taking part and offering modules in a range of modern foreign languages and Irish Sign Language.

For Ballymore National School, the module will introduce the pupils to French with lessons being taught over a 6-week period during the normal school timetable.

The aims of the module is to generate awareness among pupils of the range of languages being spoken across our country, encourage the uptake of languages at post-primary level and to support the implementation of Strategy for Foreign Language.

Ms. Ní Chuireáin commented that “As principal, I appreciate the importance of languages as a life skill, an opportunity for the pupils to think in a different way and build opportunities for the future. With Modern Foreign Languages being a feature of the proposed new Primary School Curriculum Framework, we are delighted to have been given the opportunity to participate in the current rollout of the Primary Sampler Module.”

It has been announced that the Primary Language Module will be extended into the next school year. Schools wishing to participate, in this fully funded initiative, can register their interest at https://languagesconnect.ie/primary/ .