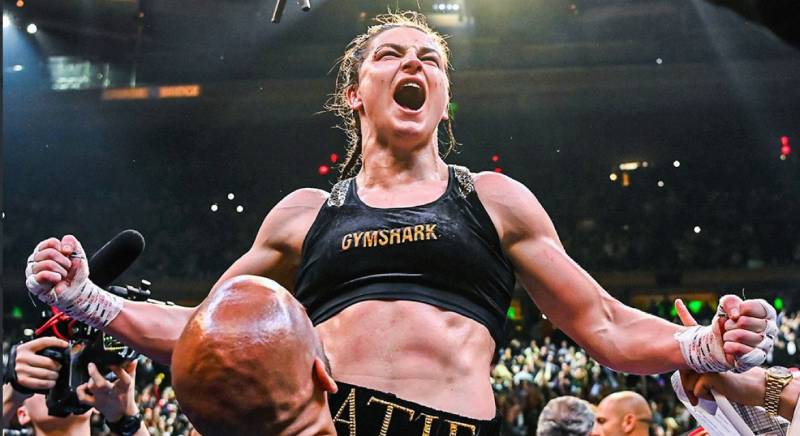 written by Staff Writer May 1, 2022
FacebookTweetLinkedInPrint

The lightweight champion overcame the Puerto Rican nine-time champion by a score of 97-93, 96-93, 94-96 to win her 21st professional fight since turning professional after the 2016 Olympics in Rio De Janeiro.

The Bray Bomber was up against it as Serrano looked to get the better of her in the middle rounds, but Taylor showed true heart and fight to confirm victory in the first women’s bout to headline at the worlds most famous arena in New York.

The early rounds were well matched, with Serrano landing the cleaner strikes, but Taylor was well in the contest until round 5 as it turned in to a slog.

Serrano was looking the clear winner at this point as Taylor’s punches that landed didn’t seem to have the impact needed, while Serrano rocked the undefeated champion on multiple occasions, but couldn’t find the killer blow to finish her off.

As Serrano tired, Taylor began to creep back into the fight in the final rounds, and rallied by the massive Irish supporting crowd, began to find her second wind in the ninth as she landed some vital punches which would have got her back onside with the judges.

In the final round, both women gave it their all and it was too close to call when the bell sounded for the final time.

But amazingly after looking down and out, Taylor became just the second women to defeat Serrano in 45 fights and keep hold of her WBA, WBC, IBF and WBO titles.