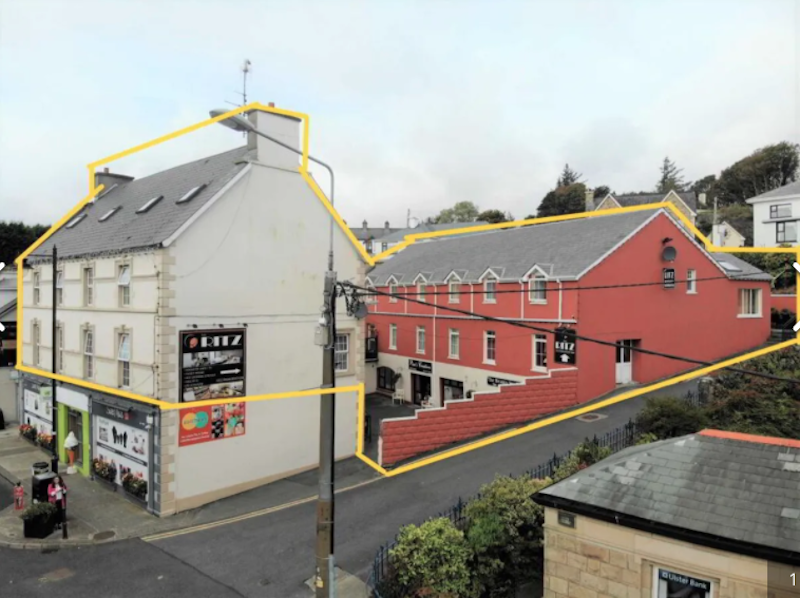 A former cinema in Killybegs has been sold

The former Ritz Cinema in Killybegs has been sold, just two months after going on the market.

It was still operating as a cinema up until 1971.

However, it has since been converted into budget accommodation, also called The Ritz.

It is now a 12 bedroom guesthouse with two commercial units and two townhouses with ‘a fantastic reputation and favourable annual turnover’, according to the selling agents, Edel Quinn Properties.

The Ritz is a combination of a modern, state-of-the-art 12 bedroom en suite building over three floors.

It was placed on the market with an asking price of just under €1 million.

It consists of accommodation on the first and second floor along with a generous sitting room, office area, large commercial kitchen and dining room which seats 30 people.

The residential element is a six bedroom house over first and second floor level, currently used as a residential dwelling.

The other semi-detached first and second floor unit is divided into five bedrooms, three shower rooms and a general sitting/living area which is leased on a room-by-room basis.

A former cinema in Killybegs has been sold was last modified: May 1st, 2022 by Staff Writer
Facebook0Tweet0LinkedIn0Print0
Tags:
DONEGAL PROPERTYThe Ritz Killybegs