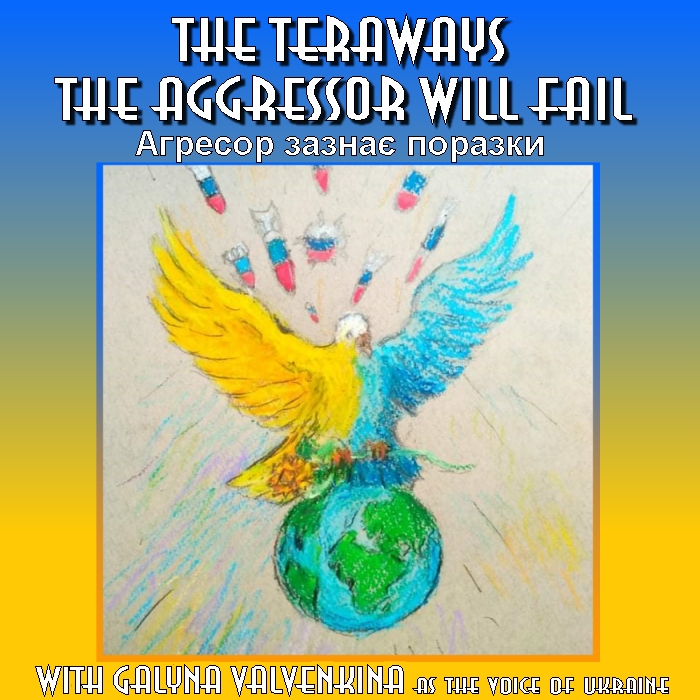 Inishowen band The Teraways have released a new track, “The Aggressor Will Fail”, which has been inspired by the bravery and heroism of the Ukrainian resistance.

Lead singer and composer Nigel Ashcroft said “It is a song of defiance, fuelled by the deep intimate and unbreakable connection between the land and the people.”

The track also features a voice over in Ukrainian by Galyna Valvenkina who is an old friend of bass player Marianne Ashcroft.

“We asked Galyna if she would translate some of the lyrics for us and read them over, and then we added it to the song. It really adds something special.”

Galyna herself managed to escape from her home town of Zhytomyr with her Irish husband.

Galyna also suggested Ukrainian artist Yury Kamyshny and the cover art features one of his artworks.

“The Aggressor Will Fail” was recorded at Hedgehog Recording and Rehearsal Studios in Drumkeen, Letterkenny and produced by Nigel Hegarty.

It is available on all streaming platforms and is available to download on the band’s Bandcamp site on https://theteraways.bandcamp.com/track/the-aggressor-will-fail.

All proceeds from the track will be donated to www.irelandforukraine.ie which helps Ukrainians on the ground as well as refugees, and the band ask people to “please give generously.”