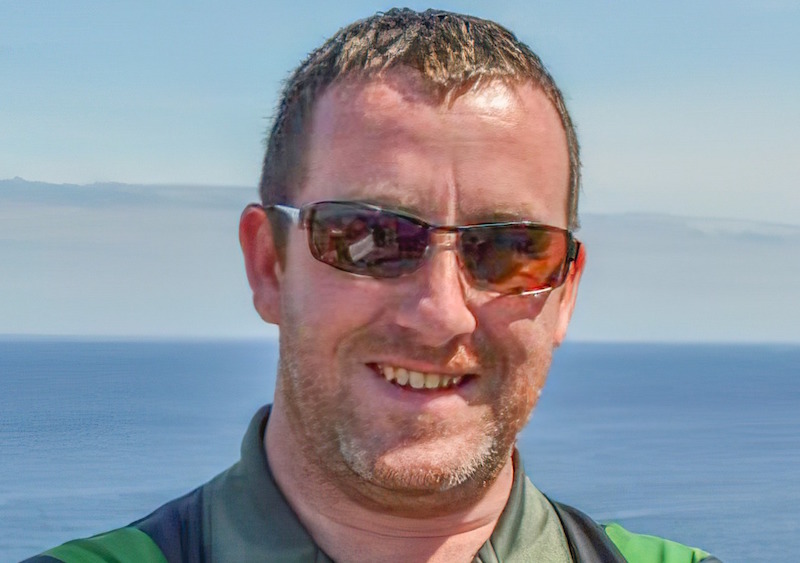 A man killed in a two car collision on a remote Donegal road has been described as “a down to earth fella who always had a smile on his face.”

The 42-year-old was taken to Letterkenny University Hospital where a post mortem was carried out.

Mr Kenny, who worked with HML Transport, was described as a man who “always had a smile on his face.”

Neighbour and friend Ali Farren said Jim loved nothing more than calling in on people to catch up with the latest news.

A shocked Mr Farren said “He was an easy-going fella who always had a smile on his face, that’s what you can say about Jim.

“He loved to drop in on people and have a chat and catch up.

“People are just shocked by the news. He was just a very ordinary person who went about his life with a great attitude. He will be deeply missed.”

Mr Farren said Jim enjoyed a bit of kayaking with his partner Caroline and also liked to ride his motorbike.

He was also a big heavy metal music fan and often went to see such bands as Metallica.

He was predeceased by his parents and his only brother Patrick lives in New Zealand.

“Everyone is just numb. It’s still hard to take in. He had a lot of living to do and for his life to be taken like this just doesn’t seem any way fair,” added Mr Farren.

Mr Kenny’s black Skoda Octavia was in collision with a Opel Meriva car on Mountain Road between Buncrana and Carndonagh at approximately 10.50pm on Sunday night.

The driver and passenger of the second vehicle were also taken to Letterkenny University Hospital for treatment of their injuries.

The condition of the passenger, a female aged in her 30s, is described as serious and she has been taken to Dublin’s Beaumont Hospital.

The Mountain Road (R244) remains closed between Buncrana and Carndonagh as the scene is preserved for a technical examination by Garda Forensic Collision Investigators.

This is the second death on Donegal’s roads so far this year.

Tributes for crash victim who “always had a smile on his face” was last modified: May 4th, 2022 by Staff Writer
Facebook0Tweet0LinkedIn0Print0