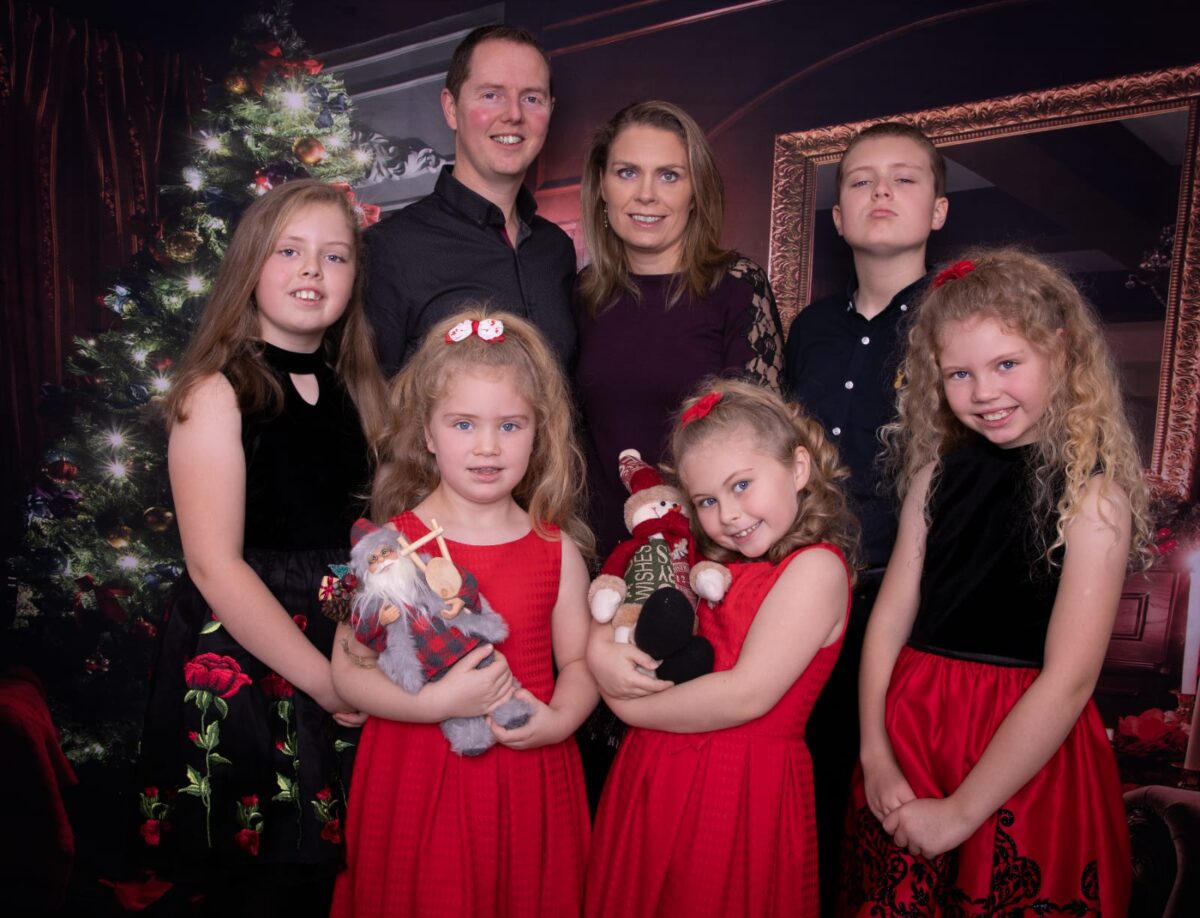 A local family has organised an unmissable traditional music concert next week to give thanks to a charity close to their hearts.

The Strain family from Burnfoot are counting their blessings after their daughter, Caitlin, underwent intensive cancer treatment over the past year.

Caitlin, now aged nine, was diagnosed with a brain tumour in February 2021, three days before her eighth birthday.

The bubbly schoolgirl began a long and difficult year of surgeries, radiotherapy and chemotherapy. She was fortunate to be a suitable candidate for proton therapy in Germany. At this crucial time, her parents Thomas and Eimear received immense support from their local community and a charity that came into their lives at just the right moment. 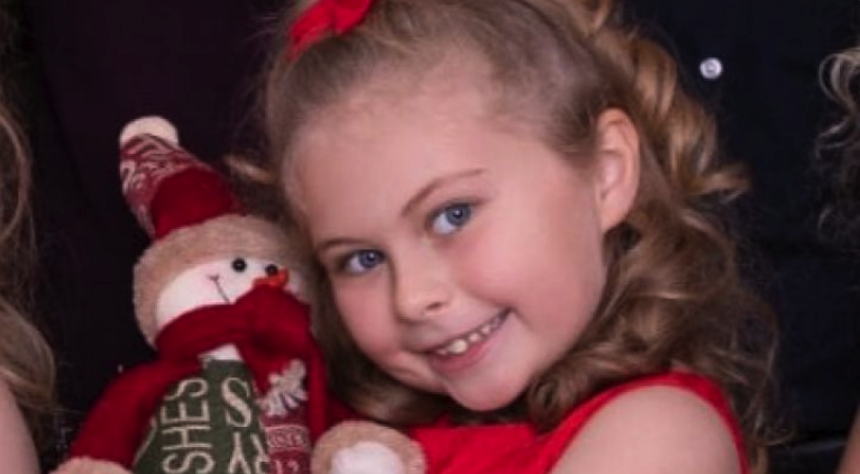 The Gavin Glynn Foundation assists families with all the logistics and financial aspects of travelling overseas for specialist cancer treatment not available in Ireland.

In March 2021, whilst in Temple Street Hospital in Dublin, the Strains were given just four days’ notice to get Caitlin to the German city of Essen for proton therapy.

“The Gavin Glynn Foundation got involved and made what felt like the impossible, possible,” said Thomas.

“John took away all the stress of organising travel so we could concentrate on Caitlin. It’s what you need when you are in that situation,” Eimear said.

“He arranged for the whole family to go, which was very beneficial to Caitlin’s recuperation.”

After eight weeks in Germany, and a nine month cycle of chemotherapy in Crumlin Hospital in Dublin, Caitlin’s treatment was finally completed in March. She is doing well and is happy to be back at school playing with her friends.

“We are praying now that all will be well,” Eimear said.

The Strains wanted to repay the kindness they received from the Gavin Glynn Foundation at the earliest opportunity. Next Friday 13th May they will host a fundraising concert in the Inishowen Gateway Hotel, Buncrana with a talented team of traditional musicians on the line-up.

Eimear comes from a musical background, while Thomas is a talented fiddle player. He shared his skill with their five children, including Caitlin, and their musical interest has led them to make great friends in the trad scene. 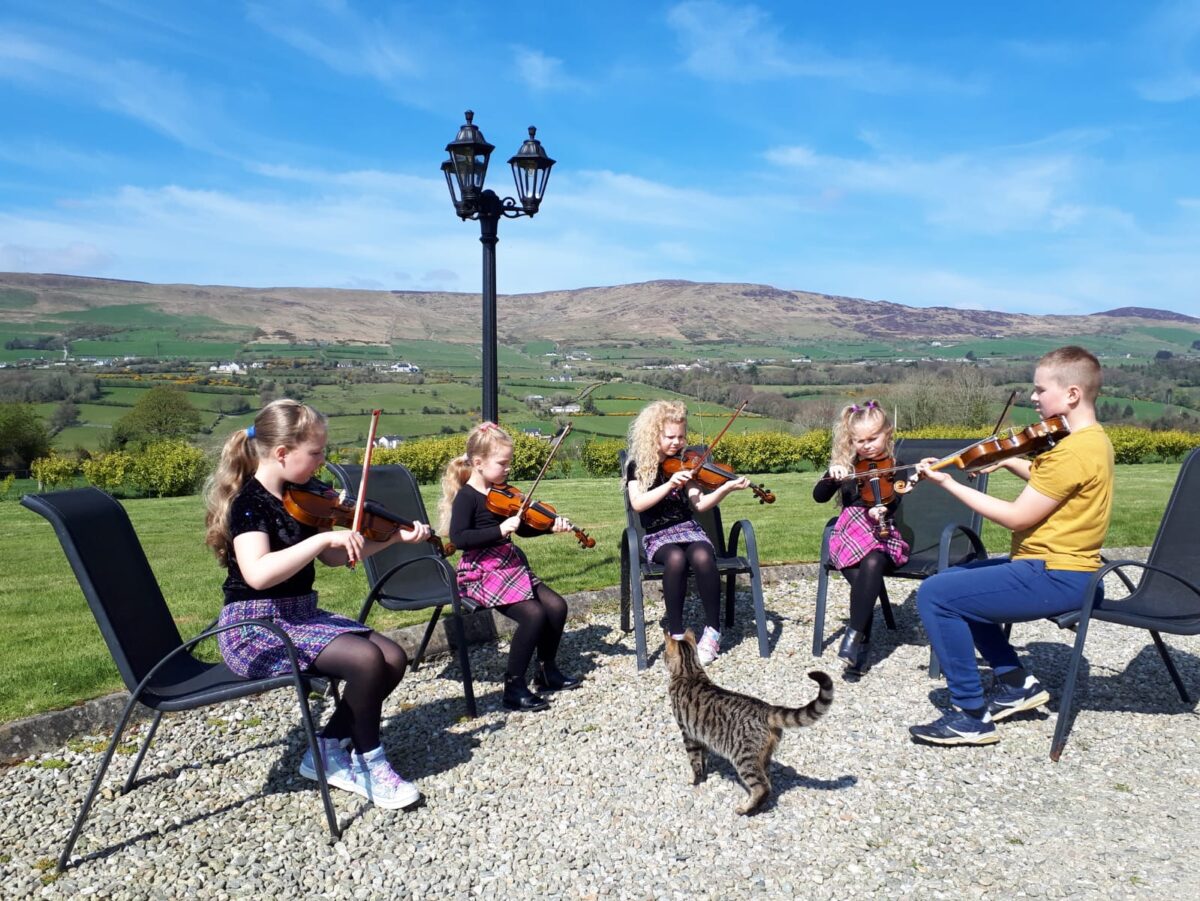 The Strain children are all keen musicians 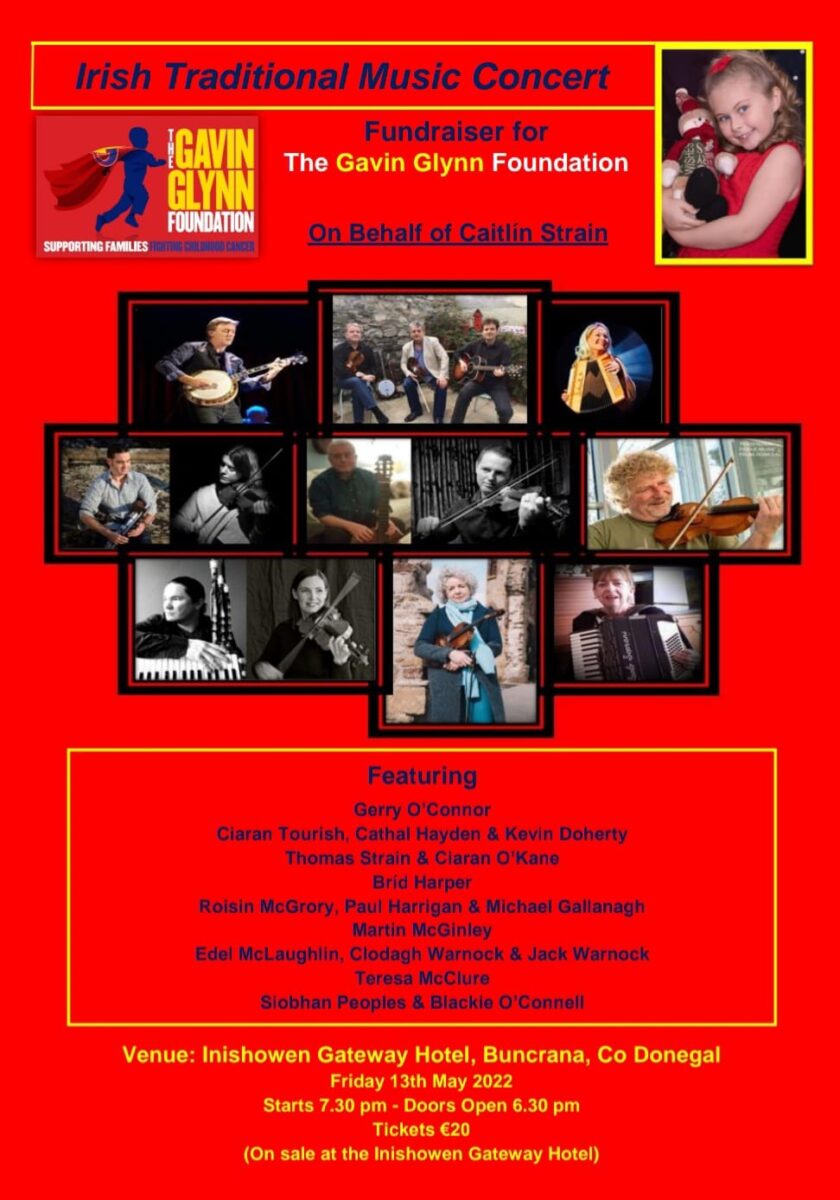 The concert is a unique chance to see such a large group of musicians on the one stage, with great names travelling from near and far to support the cause.

“We want to thank all the musicians for giving their time to come and play for us. We’re hoping for a sell out show, and there are fabulous prizes going on the night in a raffle,” Eimear said.