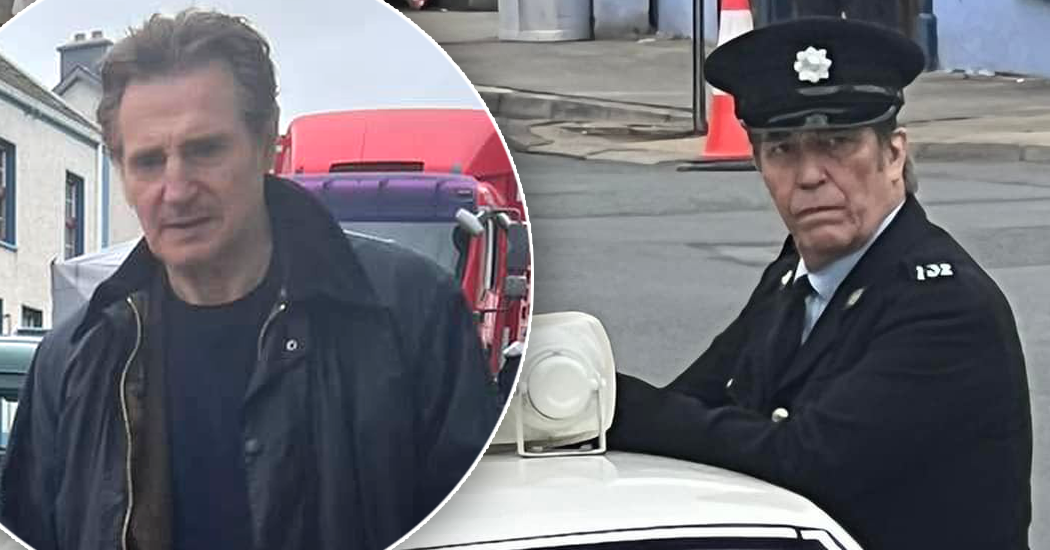 Film fever is sweeping through the quiet Donegal village of Kilcar today as Hollywood stars Liam Neeson and Ciaran Hinds work on their latest project.

The actors brought the main street to a standstill as they filmed an outdoor scene for the new action film In The Land Of Saints And Sinners.

Locals were able to get up close to the lights, cameras and action and see the legendary actors at work.

And Kilcar’s traditional buildings looked every bit the part in the background, with only shop signage and vintage cars needed to add to the 70s feel of the film.

A special thanks to Declan Gallagher for these great behind the scenes snaps and videos: 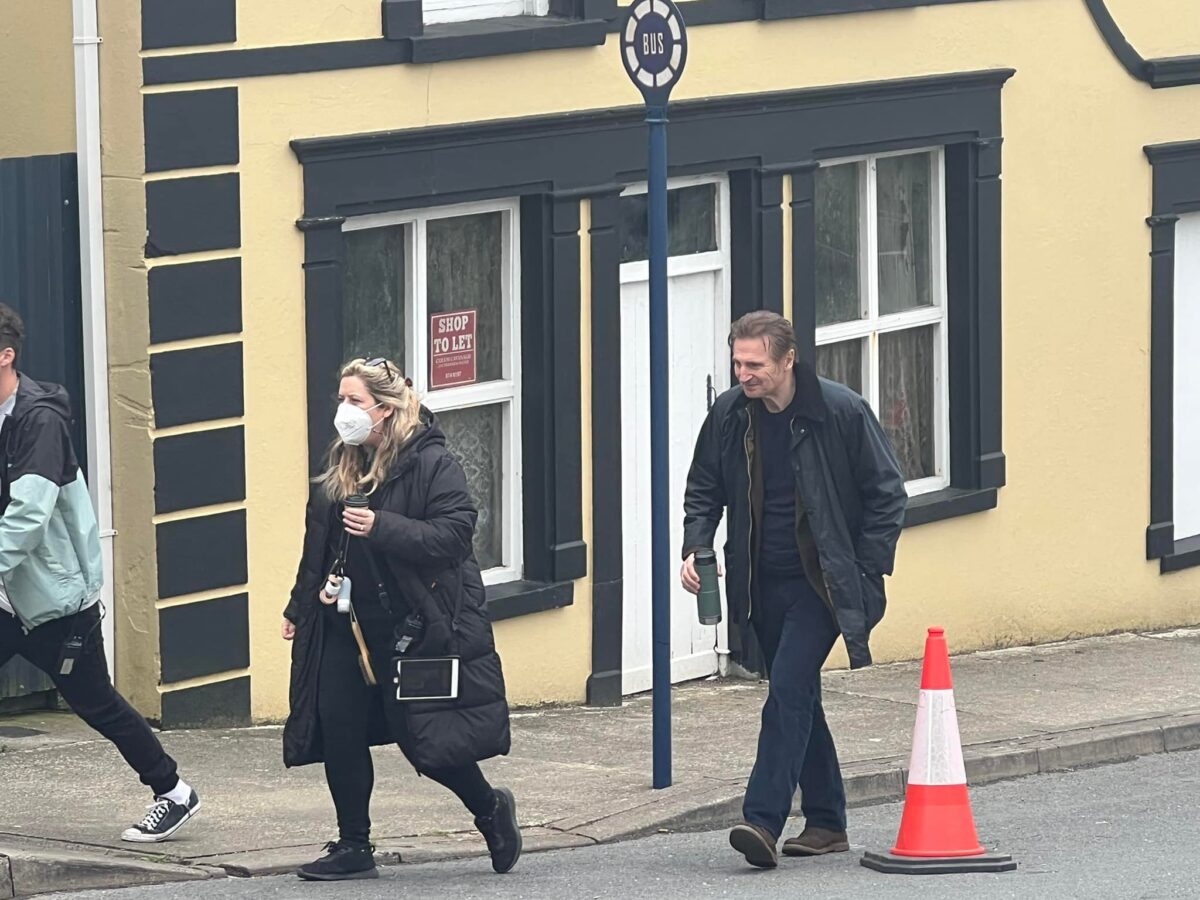 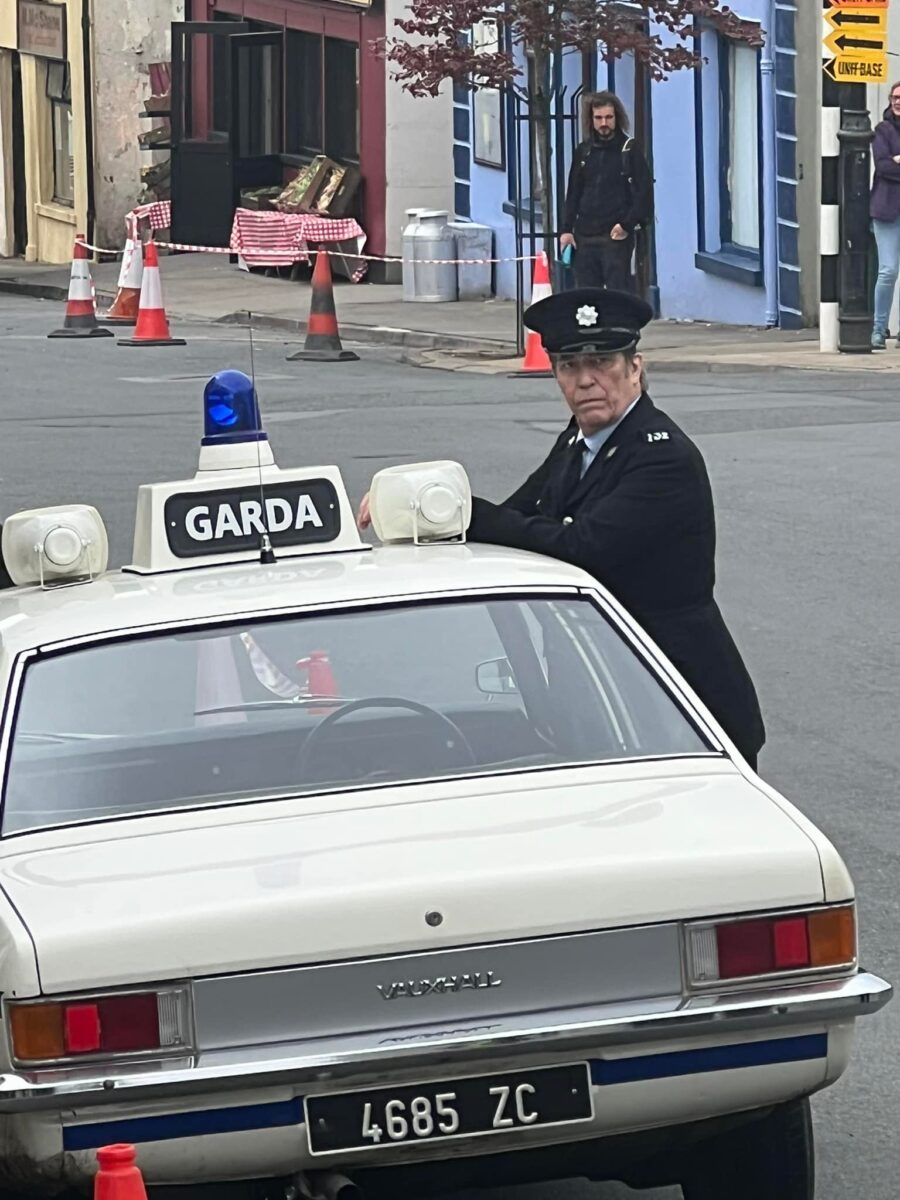 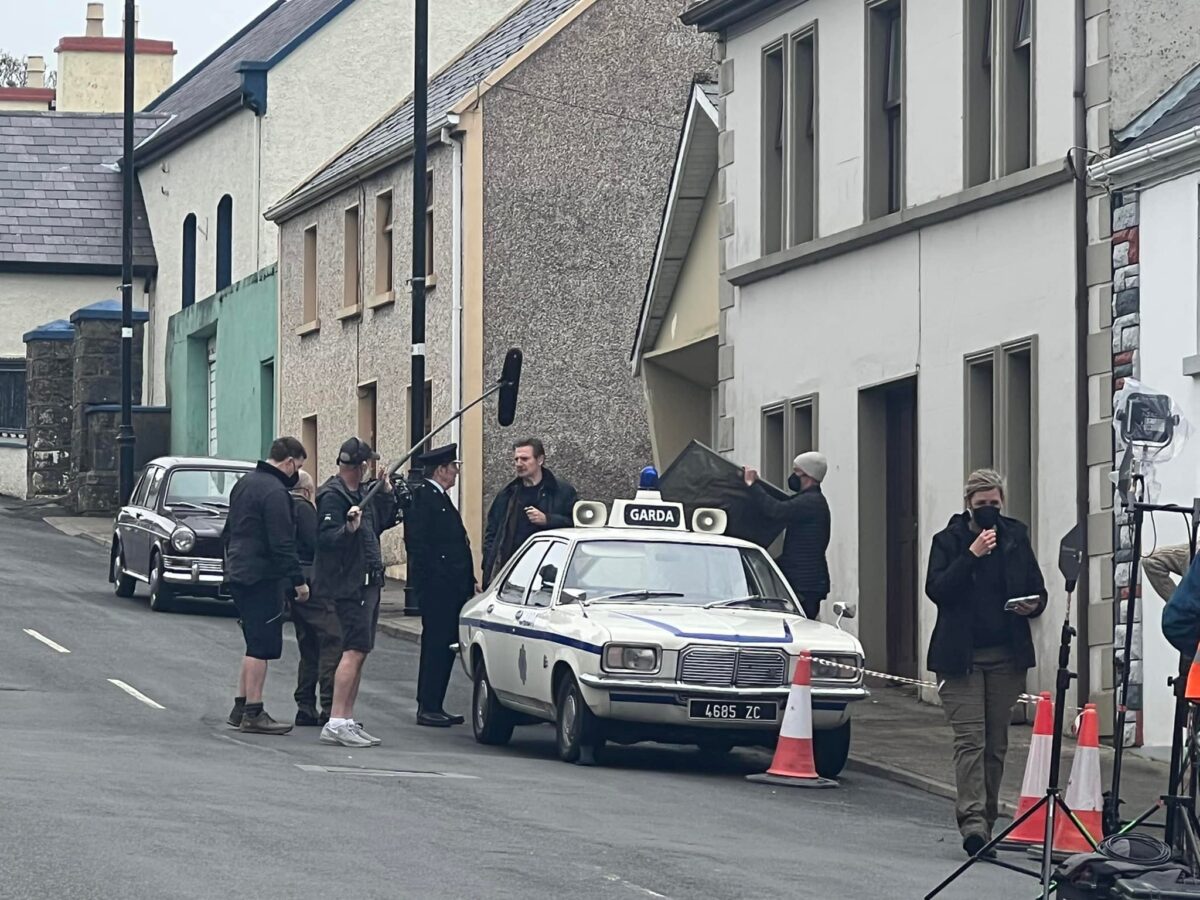 Filming has been taking place in locations across south Donegal in recent weeks. Locals have been getting glimpses of the action in the Glencolmcille, Ardara and Kilcar areas. 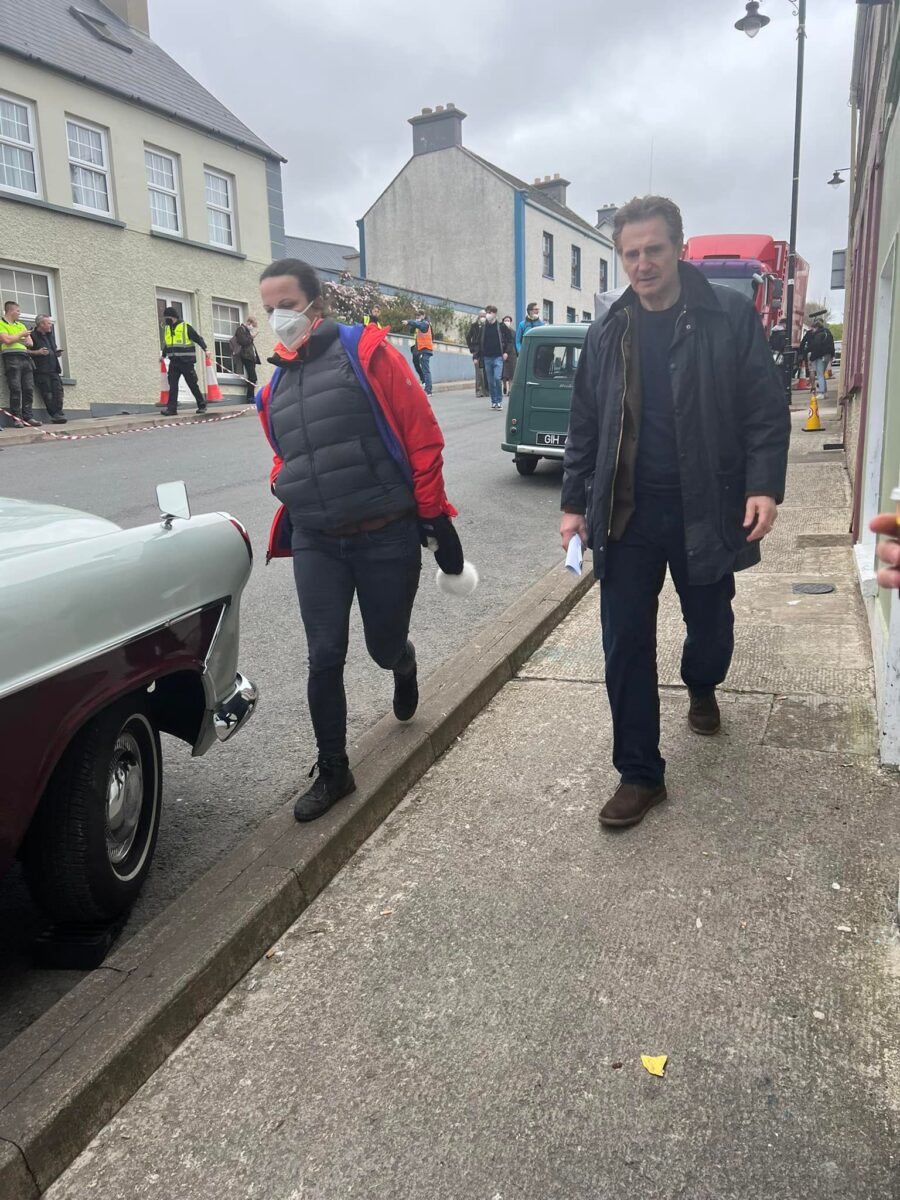 Some lucky punters have also got the chance to meet the stars off-duty, including the staff and customers of Evelyn’s Central Bar in Carrick last weekend.

Veteran Belfast-born actor Ciaran Hinds paid a surprise visit to the pub on Monday, much to the delight of customers and the Clg Naomh Columba ladies.