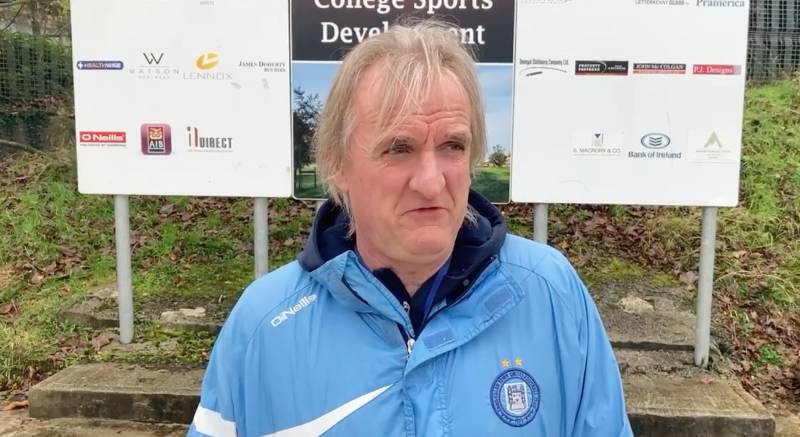 ‘No point pretending anyone fancies us against Rovers’ – Horgan

Finn Harps travel to Dublin this evening to take on Shamrock Rovers at Tallaght Stadium with boss Ollie Horgan banging a pessimistic drum.

Despite a late, late winner against Shelbourne to snatch all three points last weekend, Horgan knows it will take a mammoth effort to get any result in the capital.

Not even the uncertainty and speculation surrounding Shams boss Stephen Bradley can upset the Hoops’ preparations.

Bradley has been strongly linked with a possible move to Lincoln City in the English League.

Ollie Horgan said “There’s no point pretending anyone fancies us to get a result in Tallaght. You don’t win two league titles in a row by accident.

“They’re a tremendous side and we’ve been on the end of a few heavy defeats at the hands of Rovers during my time.

“They’ll be eager to make up ground on Derry and will see our game as the perfect opportunity to get back to winning ways after their draw in the Showgrounds last weekend.

“We have to be at our best and keep things tight for us to have a chance. We’re down a few bodies through injury as it is, we’ll take a cut off it as we always do and see where it gets us.”

The game kicks off at 8pm.

‘No point pretending anyone fancies us against Rovers’ – Horgan was last modified: May 6th, 2022 by Staff Writer
Facebook0Tweet0LinkedIn0Print0