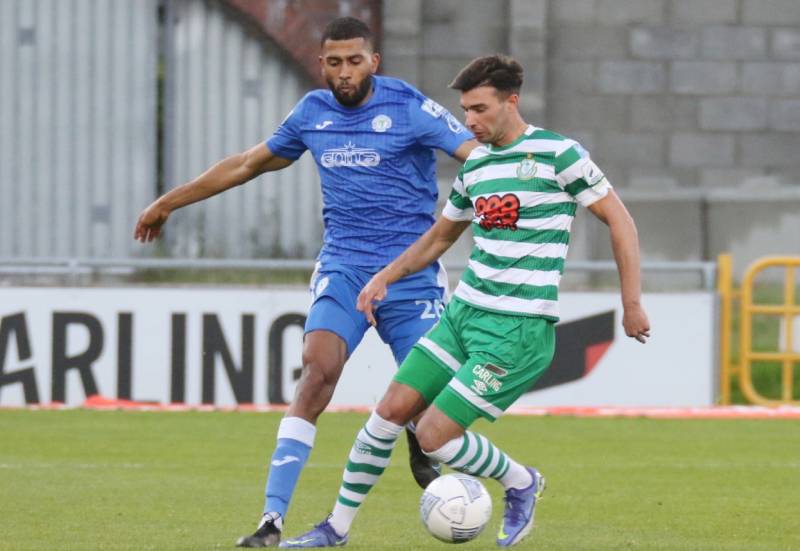 Finn Harps were outclassed by a Shamrock Rovers side who came out worthy winners in Tallaght Stadium in a game which was realistically over before the break.

There may be doubt over Hoops boss Stephen Bradley’s future but there’s no doubting his side’s class.

Rovers controlled the game from early on with some threatening attacks but two goals in three minutes from Roberto Lopes and Danny Mandriou sent Stephen Bradley’s men on their way after 20 minutes.

Mandriou soon made it 3-0 from a superb cross from Jack Byrne but Conor Tourish got one back for Harps from a header off a great Jesse Devers cross.

Rovers looked like extending their lead but there were no more goals in the second half. 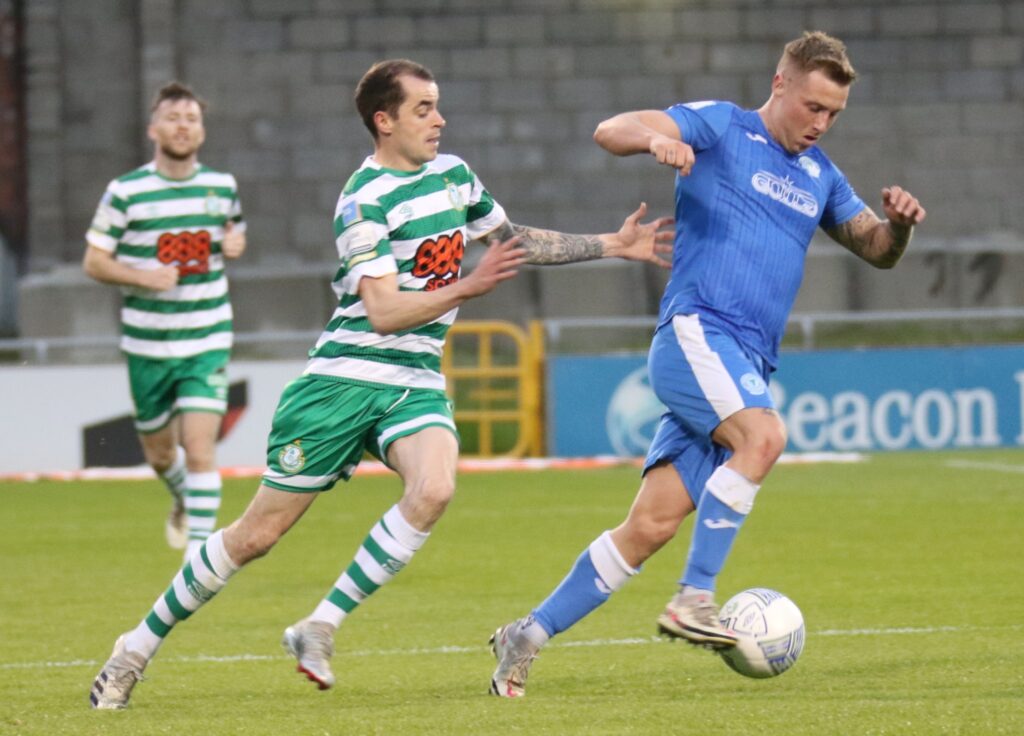 Harps were high spirits after their first home win over Shelbourne last Friday but knew it would be a struggle in Tallaght.

Rovers on the other hand were hoping to close the gap on Derry City after dropping points in Sligo last week.

The match between the two sides in the reverse fixture in Finn Park ended 3-0 to the current champions which looked ominous for Ollie Horgans men. 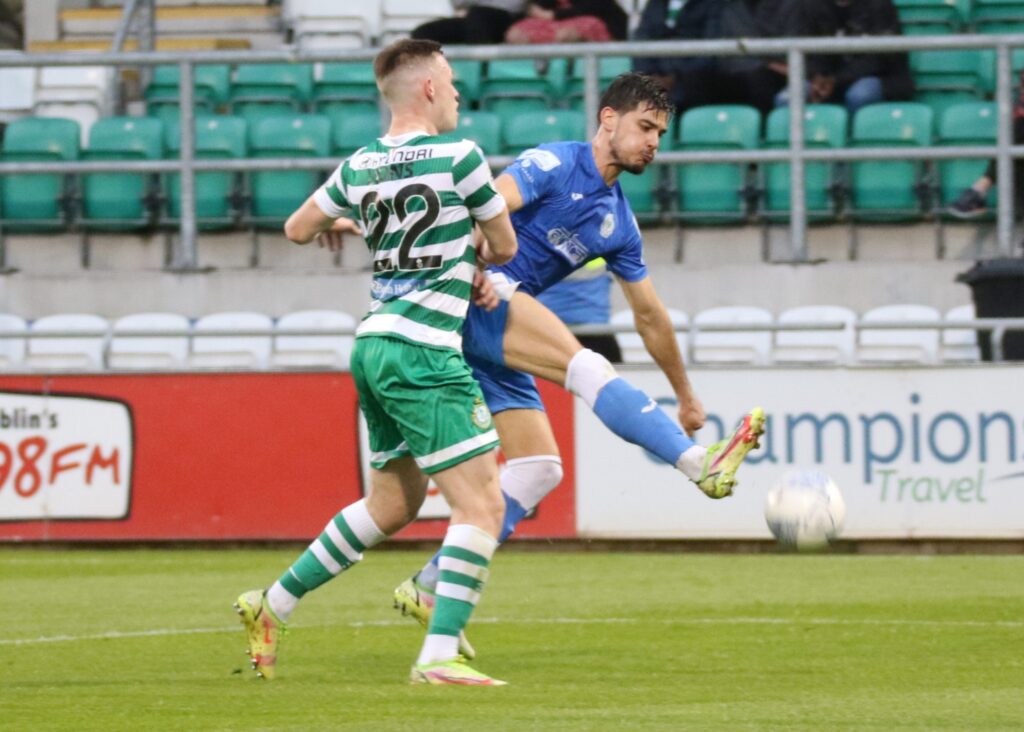 Rory Gaffney was next to cross but it was blocked and Mandriou’s chip shot went over the bar.

Just before the 20 minute mark, Jack Byrne’s cross was headed and McGinley’s punch only fell to Roberto Lopes who finished into the open net. 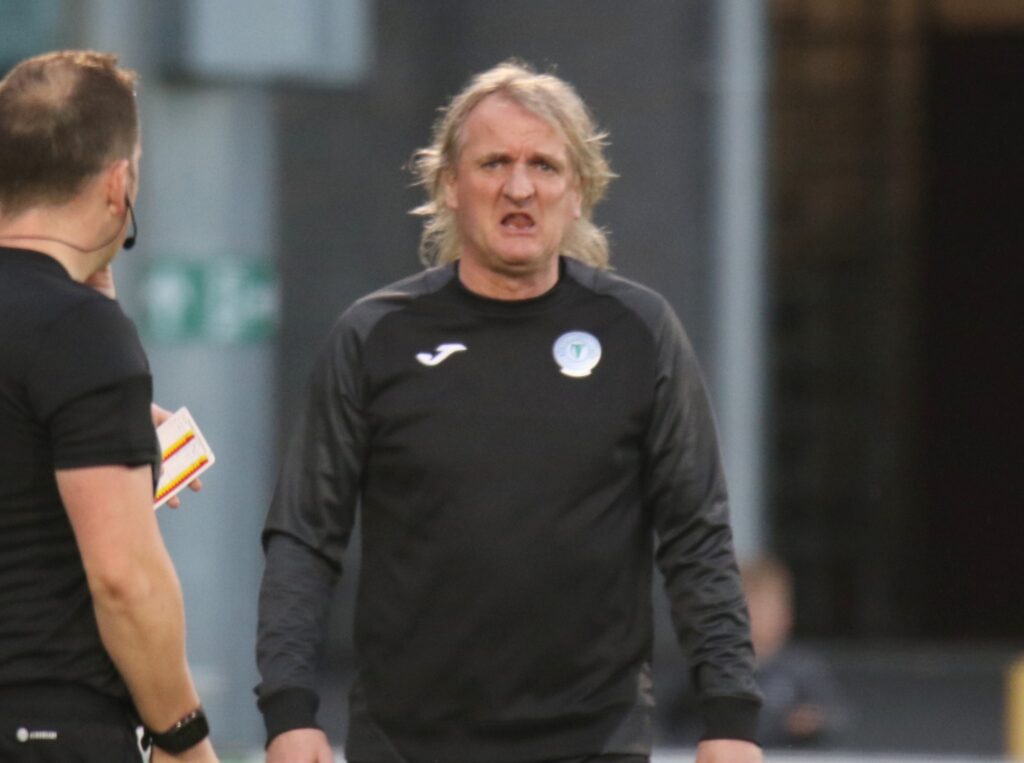 Harps responded well as McNamee found Mahdy, but at a tight angle Alan Mannus wasn’t too troubled as he turned it for a corner.

The resulting corner was then headed narrowly wide by Ethan Boyle.

But Rovers were ruthless and Gaffney found Shaun Gannon on the right who rifled the cross at Mandriou at the back post to chest into the net making it 2-0. 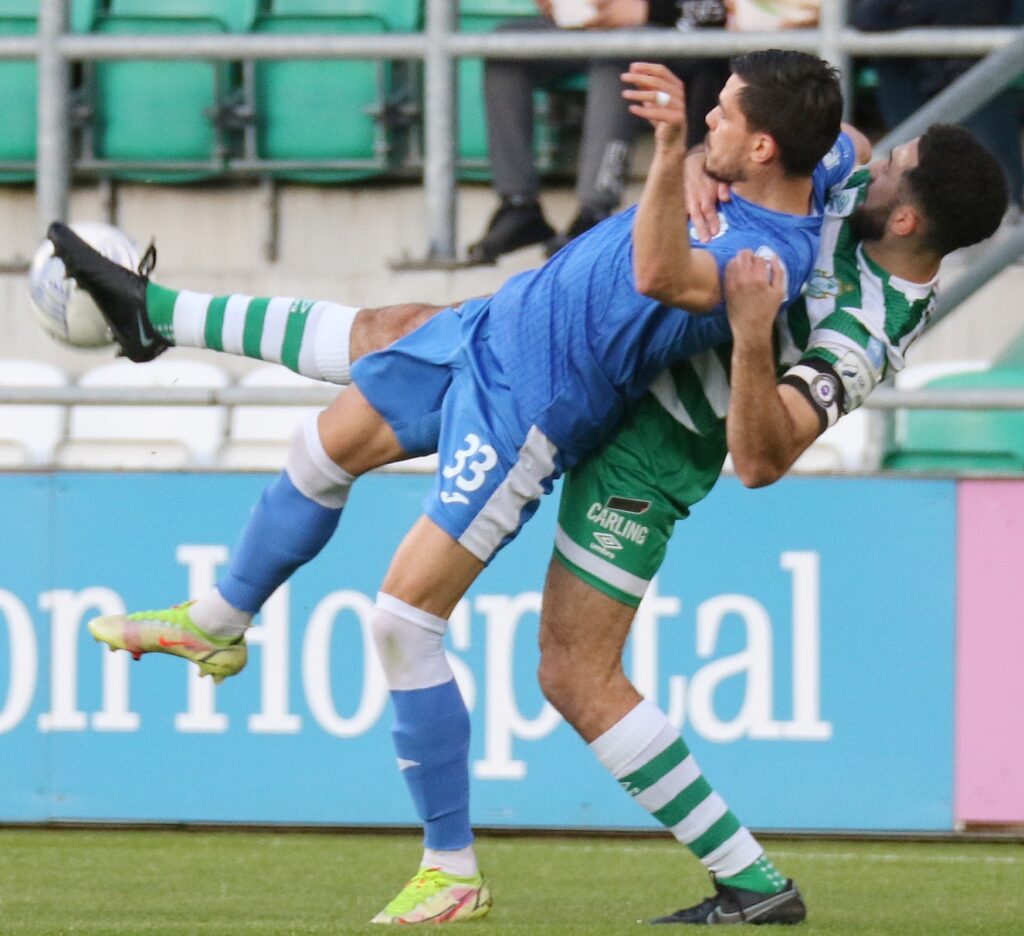 Just before the half hour mark Gannon found Jack Byrne and his cross was pinpoint to Mandriou whose diving header at the back post went through McGinley’s legs.

A Barry McNamee cross to the back post found Jesse Devers and his outside of the foot cross was headed into the near post by Conor Tourish as the Harps went in 3-1 down at the break.

Shamrock Rovers looked like getting a fourth early in the half as Mandriou looked for his hatrick. 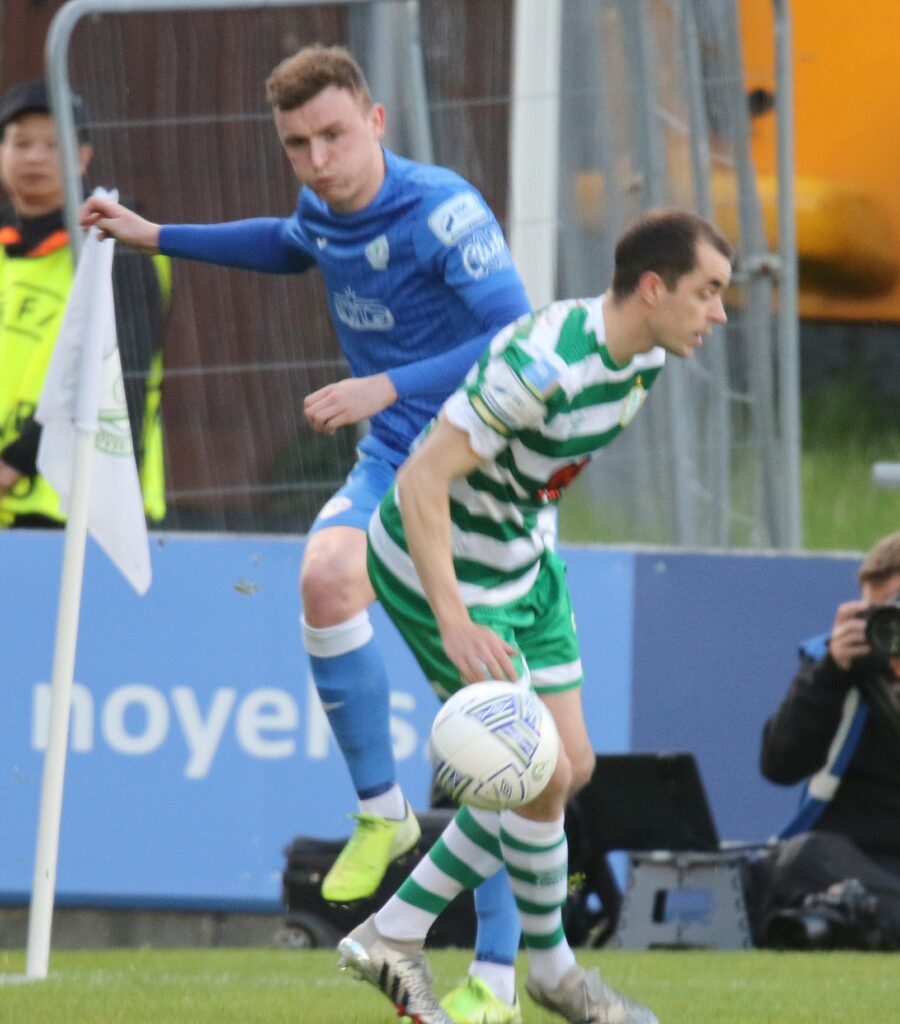 Towells shot was saved by McGinley for a corner and shortly after Burke found Emakhu but it went just wide.

Emakhu then did brilliant to get in 1-on-1 but McGinley made a great save.

Emakhu again had a great chance and his driven shot beat McGinley but hit the post.

Greene’s shot took a deflection and McGinley saved before Boyle cleared as Rovers kept pushing for a fourth.

Conor Tourish brilliant cleared the ball off the line twice in five seconds as Towell and Emakhu had McGinley beaten.

The game would end 3-1 as the final 20 minutes had few chances. 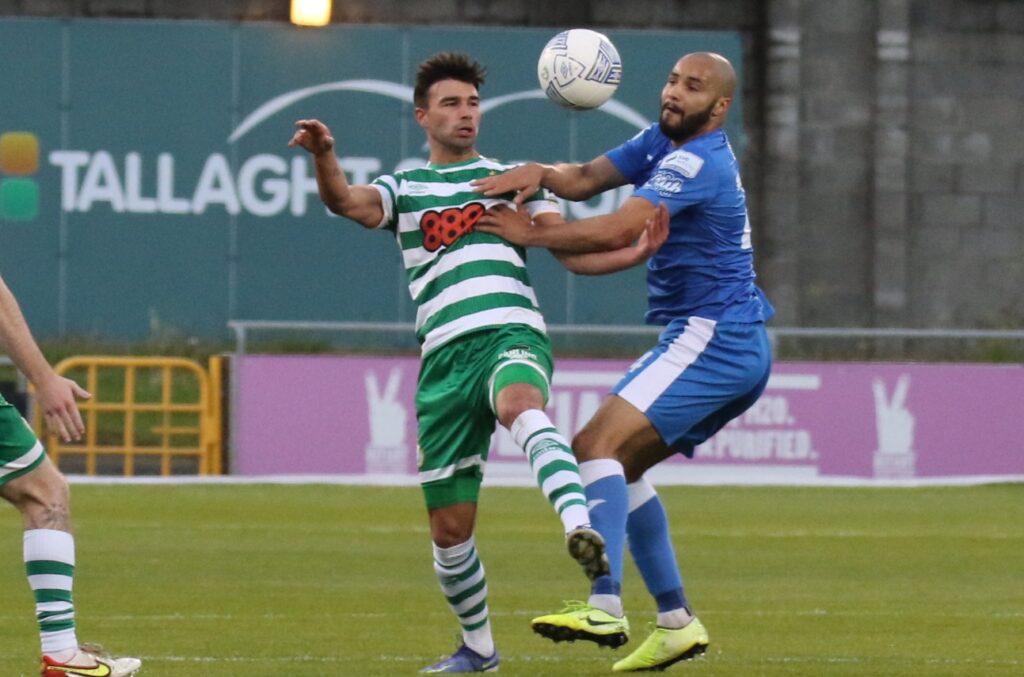 Subs: Burke, Emakhu and Hoare for Byrne, Gaffney and Grace (half-time), Greene and Cotter for Mandriou and Lyons (60 mins) 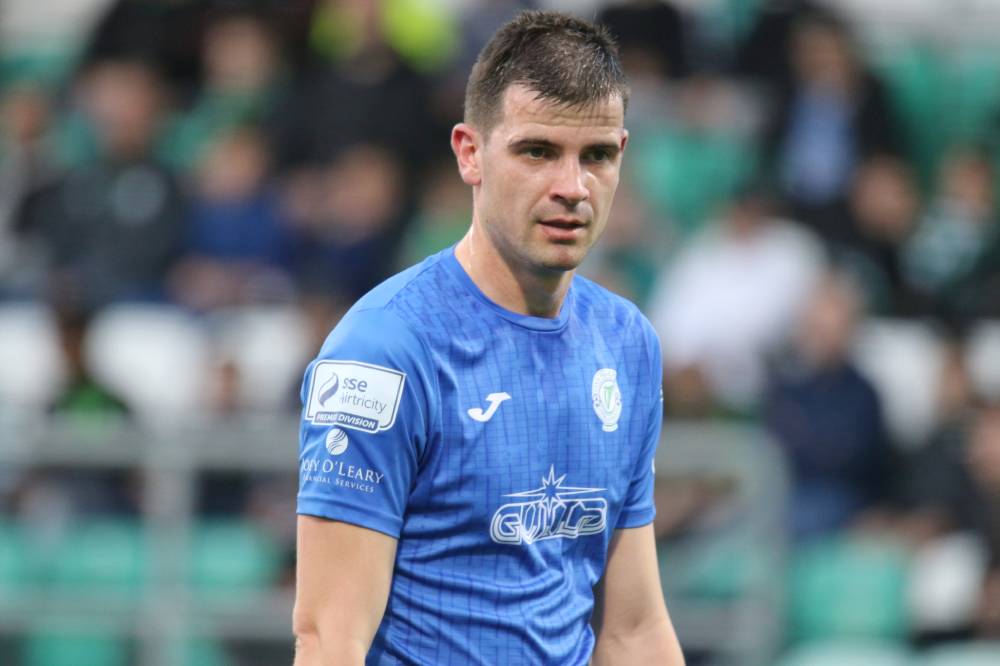