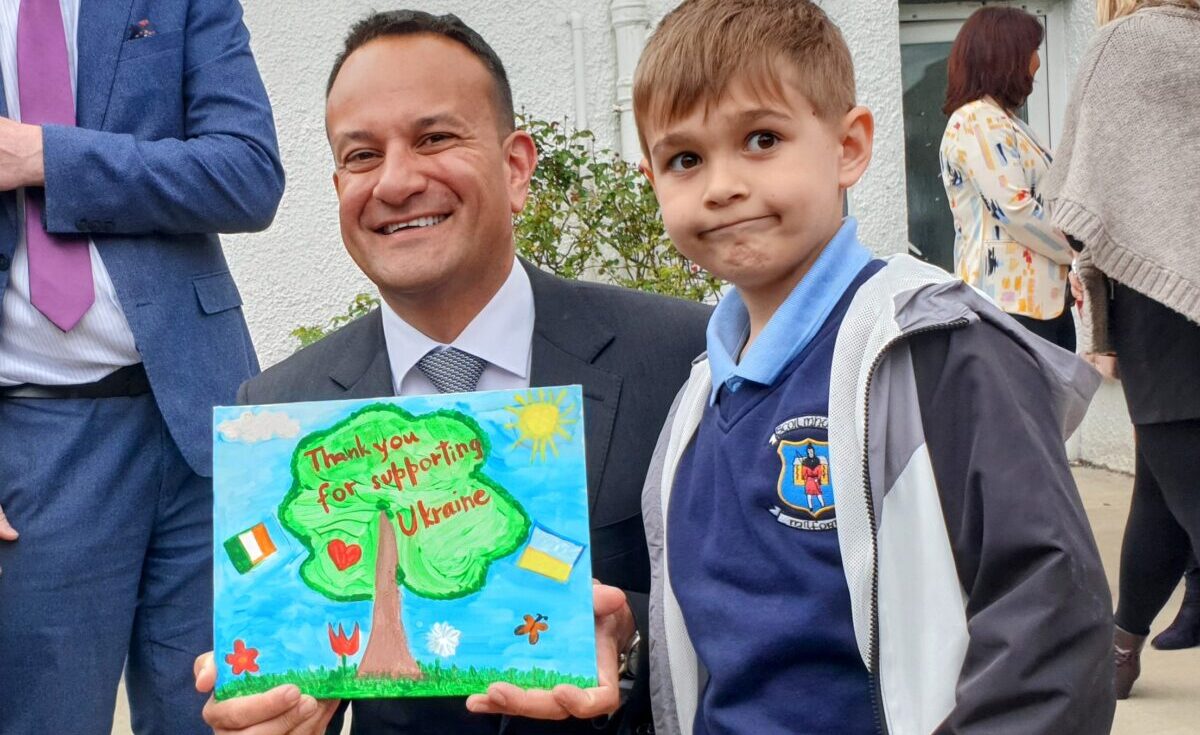 Key issues were raised with An Tánaiste Leo Varadkar in Milford today as he met with community leaders and Ukrainian families.

The Milford & District Resource Centre (MDRC) was selected for part of the Tanaiste’s trip to Donegal due to the work MDRC are currently undertaking in the area of rural regeneration, and to meet with the Ukrainian families who have recently been placed in Milford, as MDRC has been working closely with Milford’s newest residents since they arrived last month.

The meeting was also an opportunity to raise other issues affecting the local community “We discussed the Mica Redress Scheme, and the delays which are negatively affecting families across the area.” said Meehan. “I proposed community-based support workers to help people navigate the application process for the mica scheme, rather than resourcing workers in the council. Money spent in the community goes a lot further and it makes support more accessible to those who need it.” 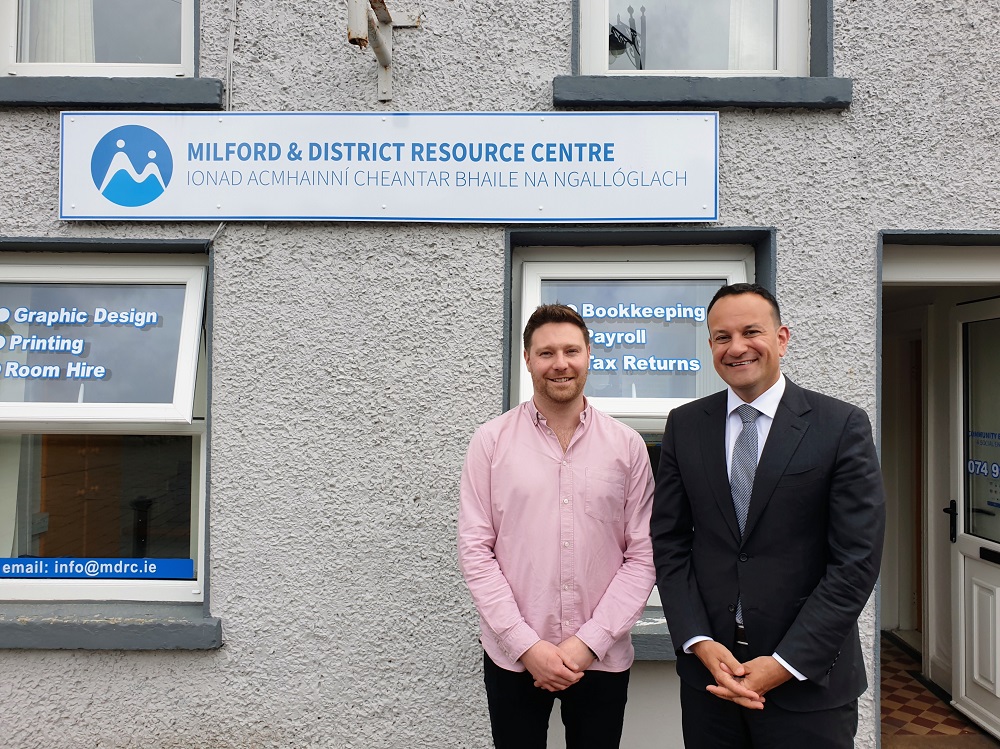 The Tanaiste also took time to speak with the Ukrainian families, and was presented with a piece of artwork by six year old Artem. Representatives from the local schools were also in attendance and they raised a number of issues that they have identified in relation to the Ukrainian children and young people who have recently enrolled in their schools, such as the need for additional resources.

“Community organisations like MDRC and DLDC need additional funding in order to meet the needs that are arising amongst the Ukrainian community.” said Meehan. 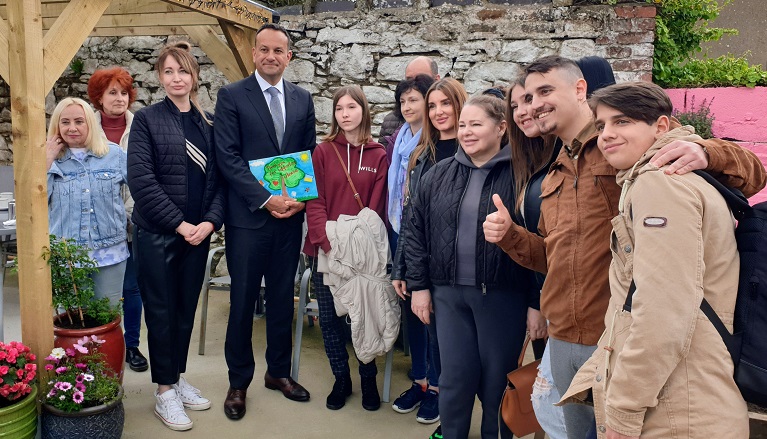 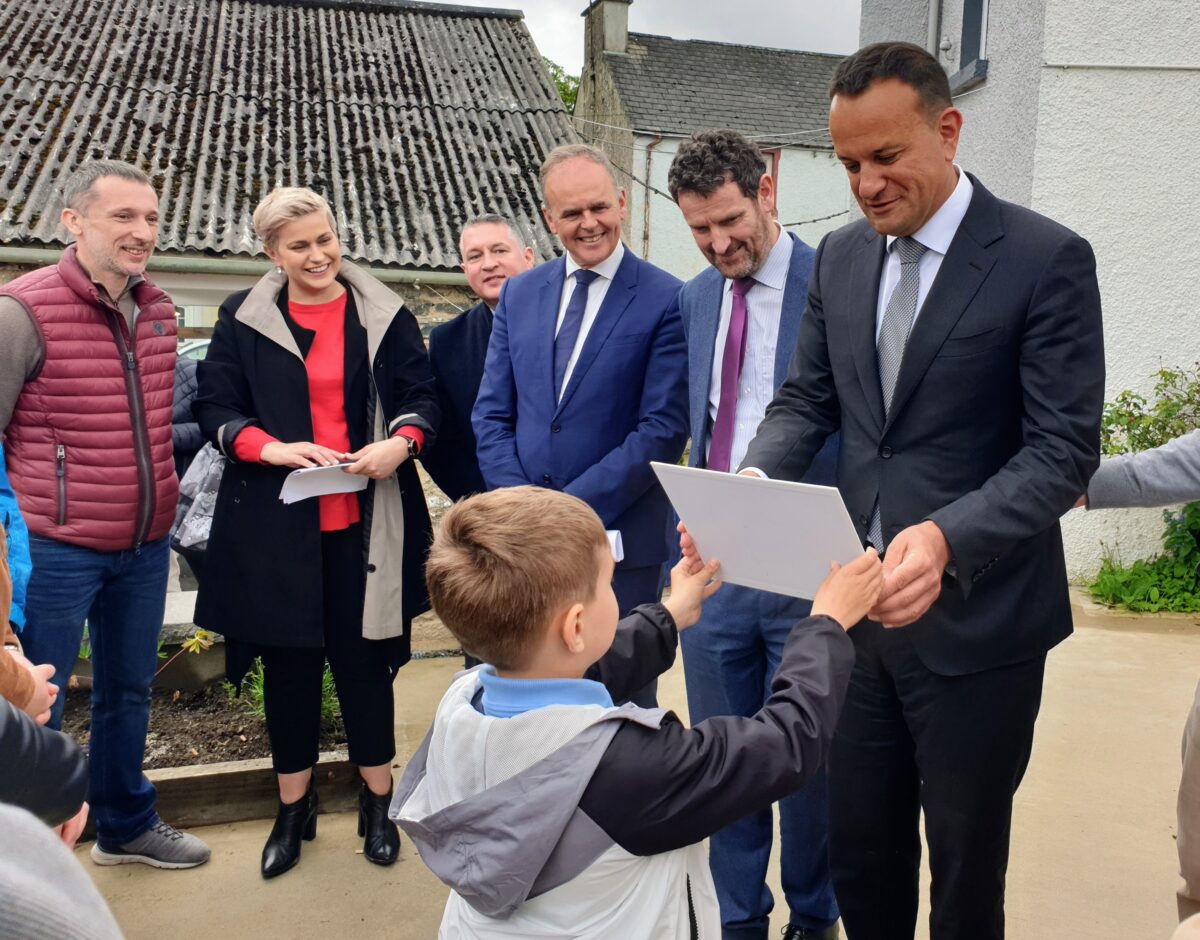 Meehan also raised the unworkable deadlines that have been put on some rural regeneration schemes such as the Streetscape Enhancement Initiative. “Milford was allocated almost €60,000 for this last year, however the deadline provided meant exterior painting had to take place over winter, which is unworkable. A second scheme is to be announced with similarly unworkable deadlines.” Meehan said this didn’t just affect Milford but towns across the country and the evidence was the large amount of funding from the 2021 allocation that would not be drawn down. “It’s all well and good allocating money to rural regeneration but the deadlines in which to spend it must be realistic, otherwise it will not benefit communities who really need it.”

“We also discussed the need for investment across the wider Milford district, and for movement be made on the €100,000 Town Centre First Plan for Milford, which is currently sitting with the Council.”

Meehan also highlighted the need for community-based shared vehicle to assist those with mobility needs to avail of transport. This is an issue Meehan has raised a number of times, including earlier this year as several members of the Swilly-Mulroy MS Support Group had been unable to attend the weekly meetings due to a lack of funding for appropriate transport. There has since been an application made to fund a bus, and we are now waiting on the outcome.

Milford & District Resource Centre is a facility based in Milford offering a range of services and supports for the community, and services for businesses across the Milford District. For more information visit www.mdrc.ie