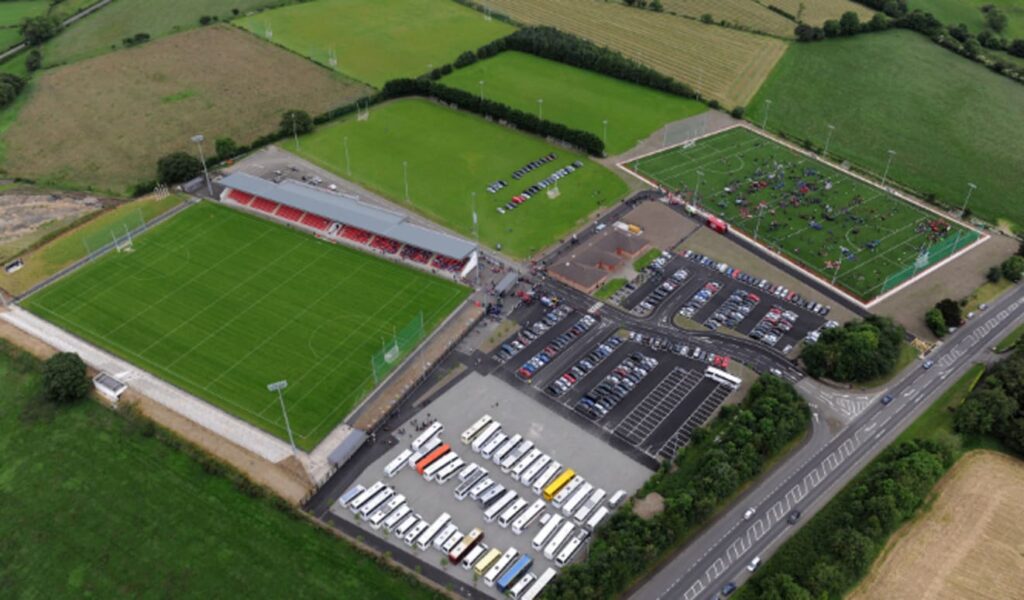 written by Staff Writer May 7, 2022
FacebookTweetLinkedInPrint

Derry proved too strong for Donegal in this Ulster championship minor Round Two game at the Derry GAA Centre of excellence in Owenbeg.

The home team led by seven points at hal-time and extended that to nine mid-way through the second-half and although Donegal kicked the last four points of the game , Derry never looked in danger of losing their lead .

Donegal got off to the worst start possible when an alert Ryan McNicholl intercepted an attempted short kick-out and brillantly lobbed keeper Zach Conlon for an opening goal.

Cian McGee replied for Donegal with a point but , despite losing goalscorer McNicholl , Derry added a string of points from Odhran Murphy , two each from play by Ciaran Chambers , two frees from Eoin Higgins and a Ruairi Forbes effort to lead by 1-06 to 0-01.

Donegal had a mini comeback after this with a Donal Gallagher point from play and after a foul on Mark McDevitt , a goal from the resulting penalty by Cian McMenamin to leave it a four point game 1-06 to 1-02 in the 24th minute.

Derry responded well to this and three points from Higgins , Cahir Speirs and Shea Birt left them seven ahead at the break 1-09 to 1-02 and in control.

Donegal opened the second-half scoring with a point from Lorcan McGee but Ruairi Forbes immediately replied for Derry and then Daithi Gildea and Fionn McEldowney exchanged points to leave it 1-11 to 1-04 in favour of the home team .

Conor McGinty added Donegal’s fifth point but a minute later Derry were awarded a penalty which Odhran Murphy coolly slotted to the net , 2-11 to 1-05 and Derry in total command.

However that penalty would be Derry’s last score and Donegal to their credit kept up the effort and kicked four points from that until the end of the game , Finbarr Roarty , Cian McMenamin , and subs Padraig Coyle and Kevin Lynch all scoring to leave just five points in it at the end 2-11 to 1-09.

Derry advance to the semi-finals and Donegal head for the back-door play-offs.

Derry prove too strong for Donegal in round two of Ulster minor championship was last modified: May 7th, 2022 by Staff Writer
FacebookTweetLinkedInPrint