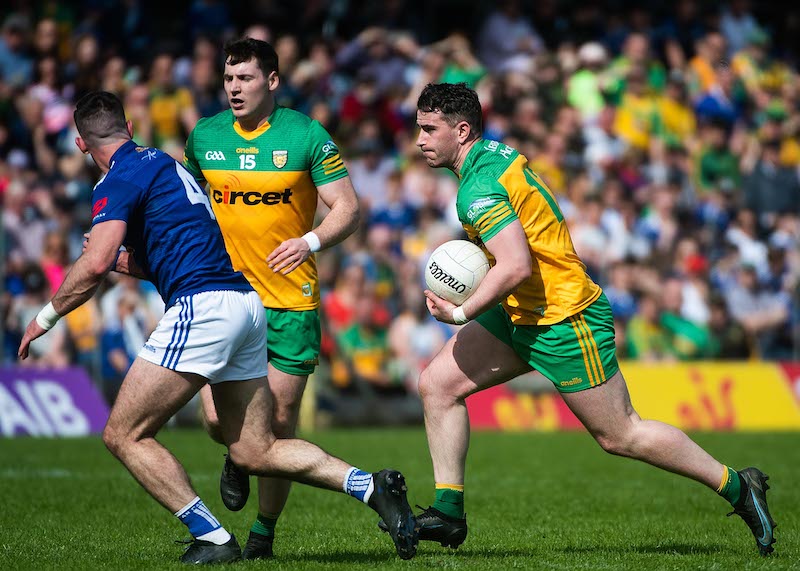 Donegal book place in another Ulster Final after early scare

After a tight first half, Donegal finally pulled off the shackles to brush aside a brave Cavan to book their place in their tenth Ulster final in 12 years.

Declan Bonner’s charges can now look forward to another day out in Clones against either Derry or Monaghan.

Again, Paddy McBrearty was to the fore with an impressive tally of (1-04, 3f) while super sub, Conor O’Donnell, netted the other goal. The two goals being the turning points in a fairly evenly contested game.

After 57 minutes, the sides were level at 0-14 each. However, Donegal, without being overly impressive, got the job done in the end. Their fitness and stamina was apparent in the closing stages.

As expected, there were two changes to the Donegal team named in the match programme – Peadar Mogan came in for Odhran McFadden-Ferry and Hugh McFadden replacing Caolan McGonagle.

The Buncrana man came on for McFadden (head injury) early in the second half and had a big influence on proceedings, adding a fine point from play in the 54th minute.

Eoghan Ban Gallagher’s piercing runs from defence opened many an opportunity for Donegal and he was, rightly, awarded the RTE Man of the Match.

It was far from an easy win for Bonner’s men.

In a thrilling, and open, Ulster Senior Football Semi Final in Clones, it was all level at 0-9 a piece at half time.

Big Paddy Lynch was causing all sorts of problems in the Donegal full back line. He notched up five points in the first half (0-2f) and had a great goal chance. However, a brilliant reflex save by Sean Patton saw Smith’s thunderbolt cannon off the crossbar in the 31st minute.

In contrast to Donegal’s patient buildup, Cavan were kicking quick, high balls into the aforementioned Smith.

At the other end, Paddy McBrearty had two good goal chances which resulted in points. Michael Murphy (0-3f) was Donegal’s joint top scorer of the half along with Jamie Brennan (0-3). 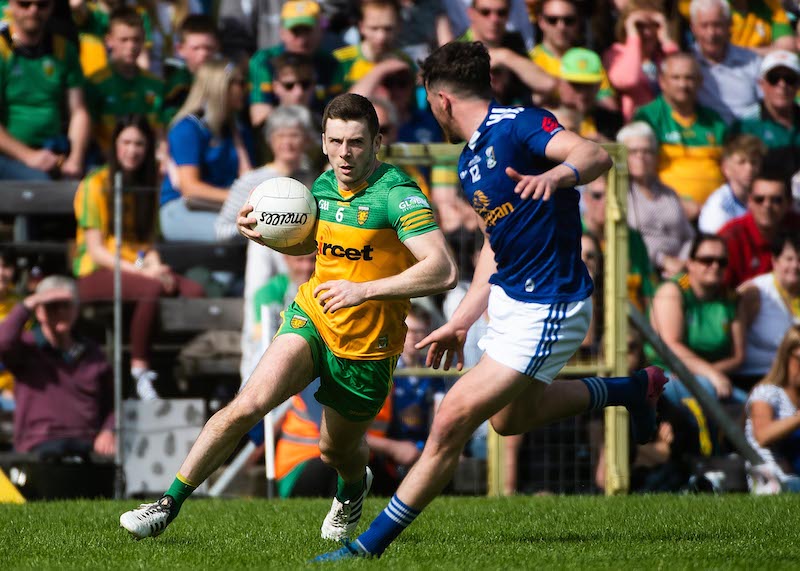 Shortly after the throw-in, Donegal were dealt a huge blow when McFadden went off injured after suffering a head injury and was replaced by McGonagle.

Again, Cavan started the second half where they left off in the first. A high ball in was knocked down and James Smith knocked over his second point.

A wonder point from Mogan in the 39th minute levelled the match yet again at 0-10 a piece. After another fine move, Donegal went in front with a superb Jamie Brennan point.

Murphy notched his first point from play in the 42nd minute to put Donegal two in front.

Donegal seemed much more energetic in the second half.

Jamie Brennan was deemed to have been fouled as he roared down on goal in the 43rd minute. Murphy tapped over the resulting free to leave three points between them 0-13 to 0-11 to Donegal.

James Smith pointed from a mark in the 45th minute. A minute later, Gearoid McKiernan got his first point, from play, to leave the minimum between the sides.

Another great Eoghan Ban run in the 51st minute ended with a nice point on the left foot from McGonagle.

A Gearoid McKiernan free in the 53rd minute brought it back to a one point game 0-14 to 0-13 to Donegal.

Paddy Smith laid off to McKiernan and the move ended with the latter levelling matters in the 57t minute.

A great point from play by McBrearty restored Donegal’s slender one point lead. However, things quickly took a dramatic change.

A minute later, a high dropping ball broke to super sub Conor O’Donnell and he demonstrated his soccer skills by tapping the ball first time into the open goal.

McGonagle was now having a big influence on the game.

Cavan pulled one back with a long range free from goalkeeper, Raymond Gilligan.

However, another long high ball in on top of the Cavan defence broke to McBrearty and he rifled past Galligan to make it 2-16 to 0-15 in the dying seconds. 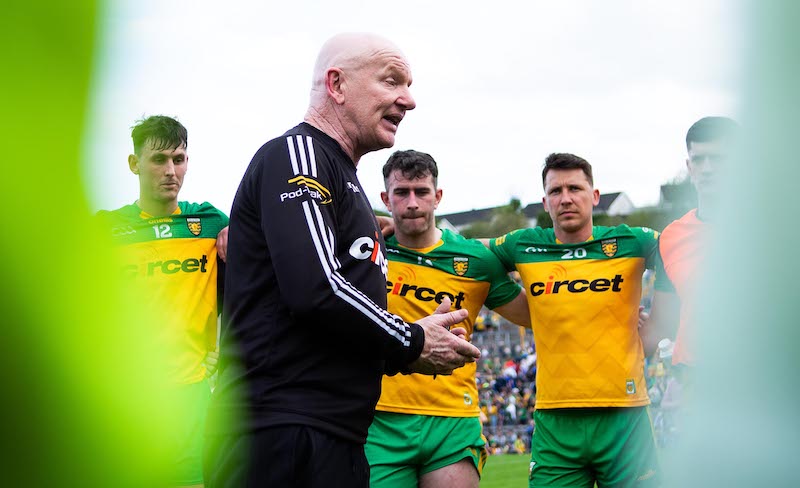 Donegal book place in another Ulster Final after early scare was last modified: May 14th, 2022 by Staff Writer
Facebook0Tweet0LinkedIn0Print0