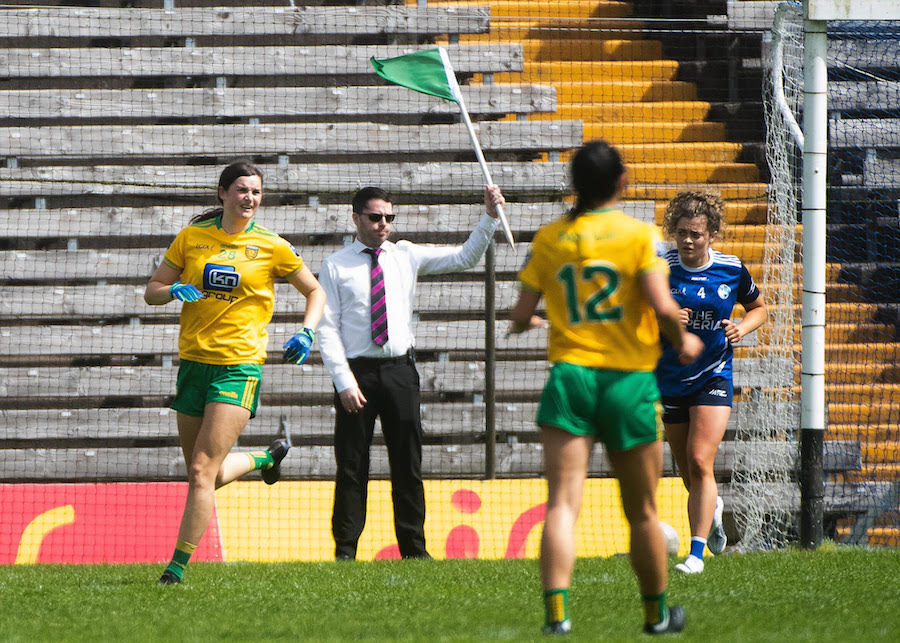 Late replacement Suzanne White helped Donegal brush aside the threat of Cavan in this Ulster Championship semi-final at Clones.

The Killybegs players was named in the starting line-up ahead of Karen Guthrie at full forward by manager Maxi Curran in a some surprising selection.

But White more than justified her call-up with a blistering tally of 2-3 as Donegal cruised to a 3-19 to 1-11 victory.

But this was far from a one-woman show as Donegal veterans Geraldine McLaughlin, Yvonne Bonnar and Katie Herron all chipping in.

Indeed Termon player Geraldine McLaughlin came away with another fine personal tally with a contribution of nine points while Bonner grabbed herself 1-4.

Cavan led 0-2 to 0-0 after six minutes but Donegal settled themselves and began to rack up the scores.

But the truth was that White’s two first-half goals and McLaughlin’s five first half points took the steam out of Cavan’s charge and they went in 2-10 to 0-6 ahead at the break.

With Donegal coming off the back off a fine Division One campaign, it is worth remembering that their opponents today play out of a division lower.

And even outside of Bonner and McLaughlin, other trusted names including the midfield partnership of  Katy Herron, Niamh McLaughlin steppe dup to the mark as did Amy Boyle Carr.

Overall this was a team performance, however, as manager Maxi Curran took his foot off the gas in the second half to introduce a number of subs. 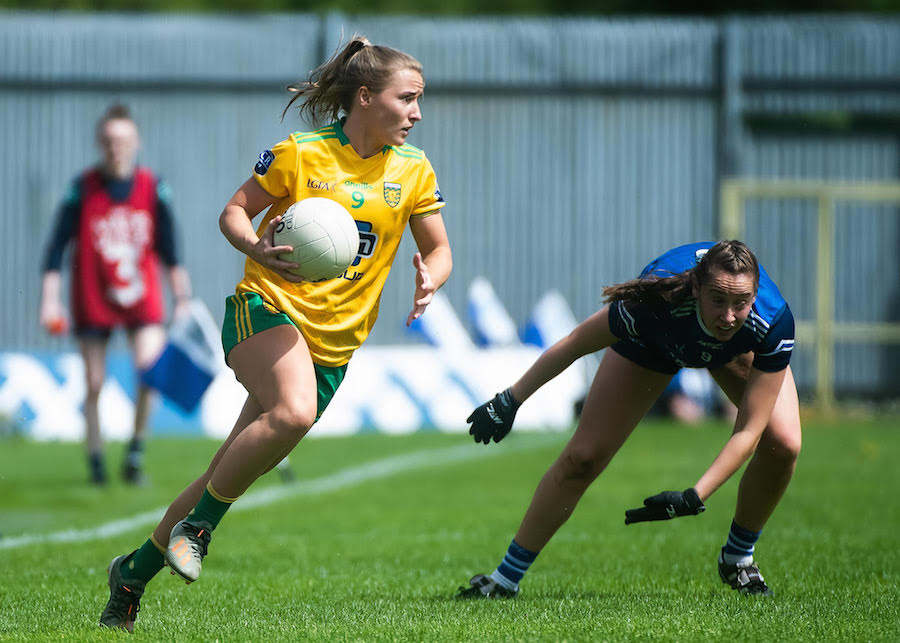 Yvonne grabbed another goal for Donegal midway through the second half.

Cavan were awarded a late penalty which Lauren McVeety dispatched but Donegal continued to notch up more points thanks to Herron and Emma McCrory.

It will be a different scenario when Curran’s side line-up against Armagh in the final, with Donegal’s opponents aiming to make it three Ulster Championship titles in a row.