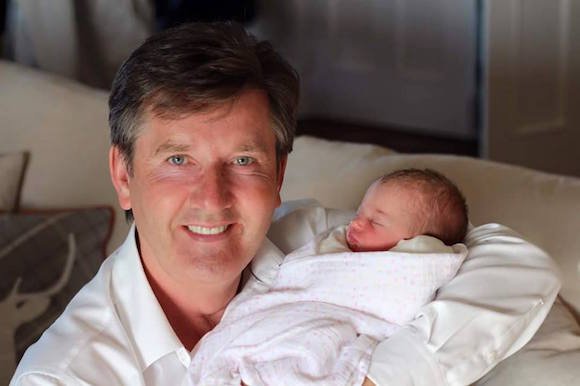 Daniel shifting down a gear to spend more time with grandchildren

Daniel O’Donnell says he plans to put his life into a slower gear to make more time for his beloved grandchildren.

The Kincasslagh star, who turned 60 last December, said he is working hard at striking the right balance between family and work life.

Daniel told the Irish Mail on Sunday: ‘I have to say I do enjoy taking more time off than I used to. It’s more by choice, but even after Covid I wouldn’t do as much touring.

“I’m still travelling and have lots of gigs coming and I still do as much as I want to do. It’s great to be able to get the balance.’

Daniel was speaking as he helped his grandchildren, Olivia and Archie, with their homework at his stunning home which was redesigned by celebrity architect Dermot Bannon.

‘I’m just here with Olivia now and we’re just about to start her homework. But between me and her, the two heads are not good sometimes,’ he laughs.

Despite shifting down a gear Daniel has no plans to stop singing and already has lots of charity gigs lined up.

He will take to the stage alongside Eurovision legend Linda Martin in Dublin’s Pro Cathedral to raise funds for the Peter McVerry Trust and Dogs Aid.

Then he is due to perform another concert to raise money for a cancer patient to allow him to travel to the US for treatment.

Daniel says: ‘I’m really looking forward to these concerts. It’s fantastic to sing in somewhere like the Pro Cathedral. Then I have another one for a local young local fella that has a brain tumour… He’s going to America for treatment that’s costing €200,000.’

‘I hope that people will enjoy them. I always enjoy the concerts in the churches. They’re a beautiful opportunity to sing. It’s nice also to be able to do these things for charity. There’s only so much [you can do], but it’s nice to be able to give back.’

And while he intends to make the most of his downtime at home with his family, Daniel is also gearing up to hit the high road again with concerts in the UK, Europe and the US on the horizon.

The singer adds: ‘We’re in Killarney at the end of August and then we’re in Derry in the Millennium Forum for two nights. Then we go to Canada. We start on the ninth of September and we work our way through Canada. Then we have some dates in the States and we finish in October.’

Daniel shifting down a gear to spend more time with grandchildren was last modified: May 9th, 2022 by Staff Writer
Facebook0Tweet0LinkedIn0Print0