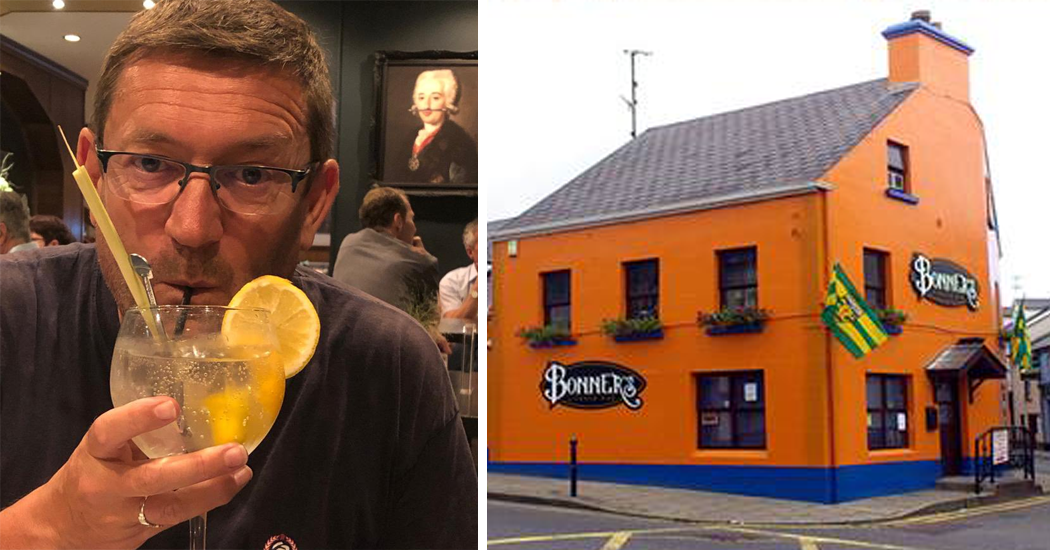 written by Rachel McLaughlin May 9, 2022
Facebook0Tweet0LinkedIn0Print0

Generous pop star Paul Heaton has invited Donegal fans to have a drink on him in a local bar this evening for his 60th birthday.

It’ll be ‘happy hour’ again and again in Bonners Corner Bar in Ballybofey, where the Housemartins and Beautiful South star has put a sum of money behind the bar for locals tonight.

Big-hearted Heaton has picked 60 pubs in Ireland and the UK to celebrate his milestone birthday by having a round on him.

And he hand-picked Bonners Bar because of the good memories he had there before.

Heaton had planned to celebrate his 60th with a bicycle tour, visiting and performing at 60 UK and Irish pubs – but due to Covid and recording delays, he was forced to shelve the plans.

Instead, he announced on social media that he will be putting cash behind the bars of 60 pubs “bring people together” after a tough couple of years.

“Then, both regulars and yourselves can enjoy a birthday drink on me (until the money runs out, or the bar runs dry!),” Paul wrote on Twitter.

“The hope is to bring people together on the day, whilst recognising that many folk who bought my records or showed me support over the years, could do with a wee party, as we come out of Covid and hit potential financial struggles.”

He hasn’t revealed how much is going behind each bar, but it’s expected to cover a “good few drinks” at Bonners. The celebrations will kick off in Ballybofey at around 6pm.

Publican Pat Bonner told Donegal Daily that he’s delighted that his pub was chosen by the star.

“Thank you to Paul for choosing us and a very happy birthday. We hope to see him back again when he’ll get a big welcome,” said Pat.

As frontman of The Housemartins, Paul Heaton was the voice of some of the ‘80’s biggest hits such as Happy Hour and Caravan of Love.

He then formed The Beautiful South (also featuring Jacqui Abbott) and enjoyed continued success with unforgettable tunes like A Little Time, Song For Whoever and Don’t Marry Her.

The duo was due to perform in The Balor Theatre in Ballybofey in April 2020, but the pandemic put paid to the much-anticipated gig. The postponed concert has been replaced by a one-off headline show in Dublin, which will take place at  St. Anne’s Park on Saturday 4th June 2022, with support from Deacon Blue.

Donegal pub having a FREE happy hour thanks to pop legend Paul Heaton was last modified: May 11th, 2022 by Rachel McLaughlin
Facebook0Tweet0LinkedIn0Print0