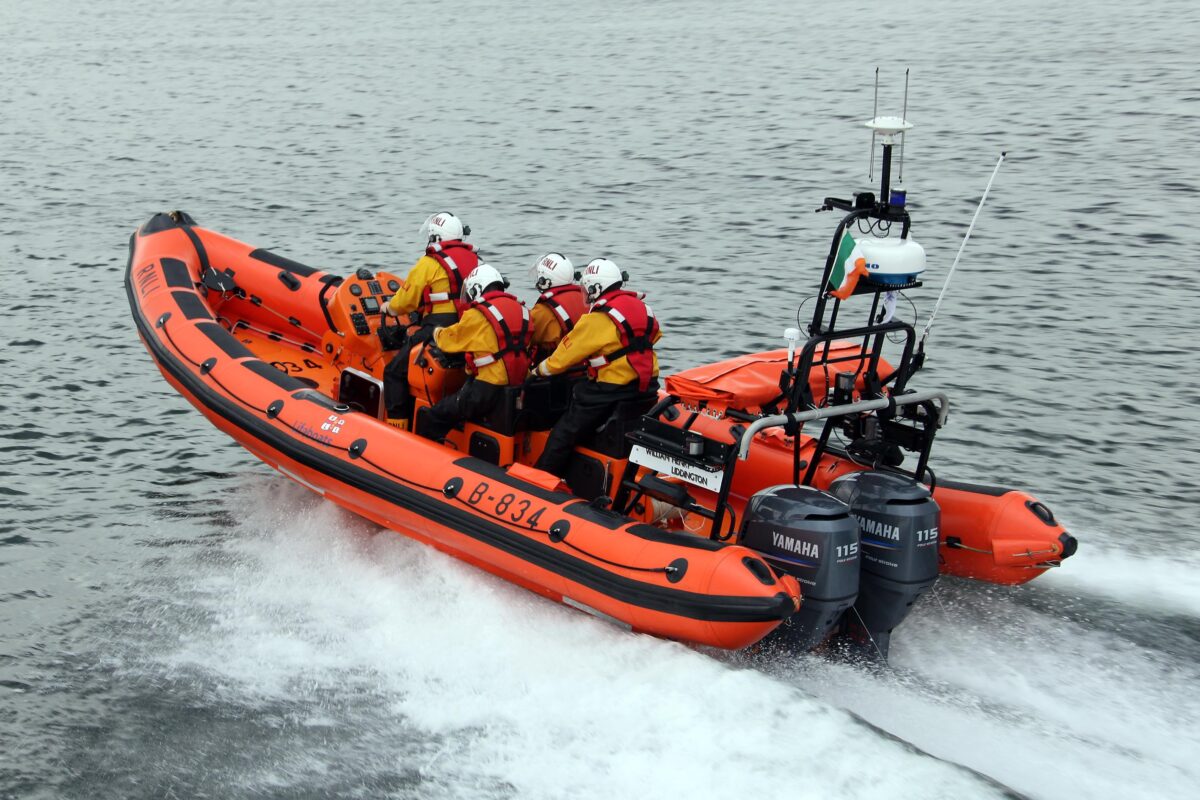 written by Rachel McLaughlin May 9, 2022
Facebook0Tweet0LinkedIn0Print0

A surfer who got into difficulty at Rossnowlagh Beach yesterday afternoon (Sunday 8 May) was brought to safety by the volunteer crew of Bundoran RNLI.

The alarm was raised by a passer-by on the beach shortly after 3pm. The member of the public who had spotted the surfer in difficulty, alerted the Irish Coast Guard who in turn requested that Bundoran RNLI’s inshore lifeboat be launched. The Irish Coast Guard’s Sligo based Rescue 118 helicopter was also tasked.

The surfer who had entered the water at the Smugglers Creek side of the beach was blown offshore and spotted by a surf instructor who also went to the casualty’s aid.

Weather conditions at the time were described as fair with good visibility.

Arriving on scene at 3.30pm, the lifeboat with four volunteer crew members onboard, began a search of the area and soon found both the surfer and the surf instructor near Carrickfad rocks, almost 2km from where the surfer had originally entered the water. Both men, who were assessed and found to be safe and well, were brought back to shore by the lifeboat.

Speaking on the lifeboat’s return to the station, Bundoran RNLI Helm Richard Gillespie said: ‘The sea can be very unforgiving and with the wind at a Force 5 at the time, it was fortunate that the surfer was spotted from the shore and that the alarm was raised. We would like to commend the member of the public who did that along with the surf instructor who also went to help.

‘As we head into the summer months, we would remind anyone planning an activity at sea to always check the weather forecast and tide times before venturing out, always let someone on the shore know where you are going and your intended return time. Always wear a personal floatation device, always carry a means of communication and should you get into difficulty or see someone else in trouble, dial 999 or 112 and ask for the Coast Guard.’