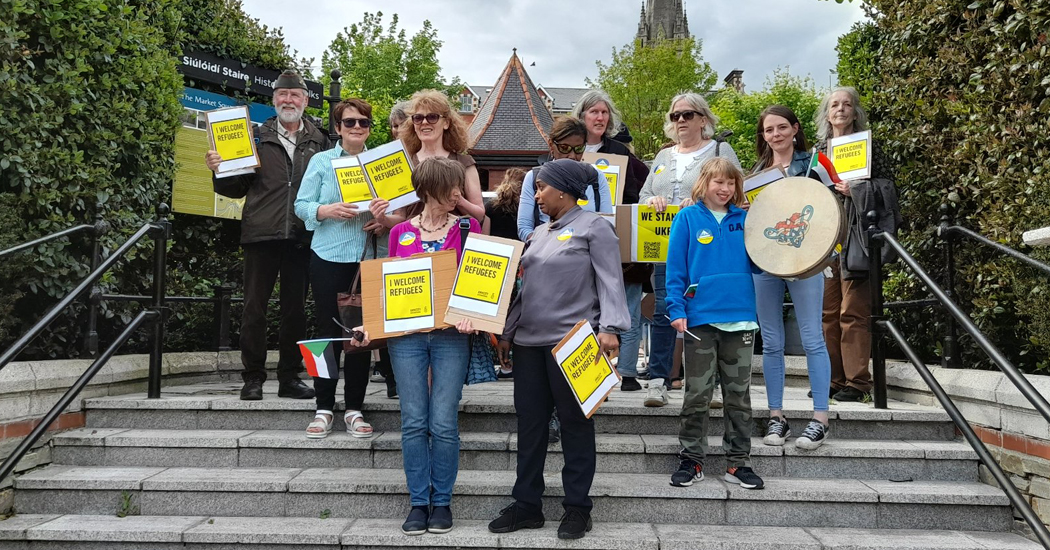 Amnesty International Letterkenny members and supporters held a vigil in Letterkenny at the weekend to express solidarity with refugees and asylum seekers who had come to Ireland from across the globe and especially for those now living in Donegal.

Supporters attended the vigil for refugees and asylum seekers in Market Square, Letterkenny on Sunday 8th May at 3pm. 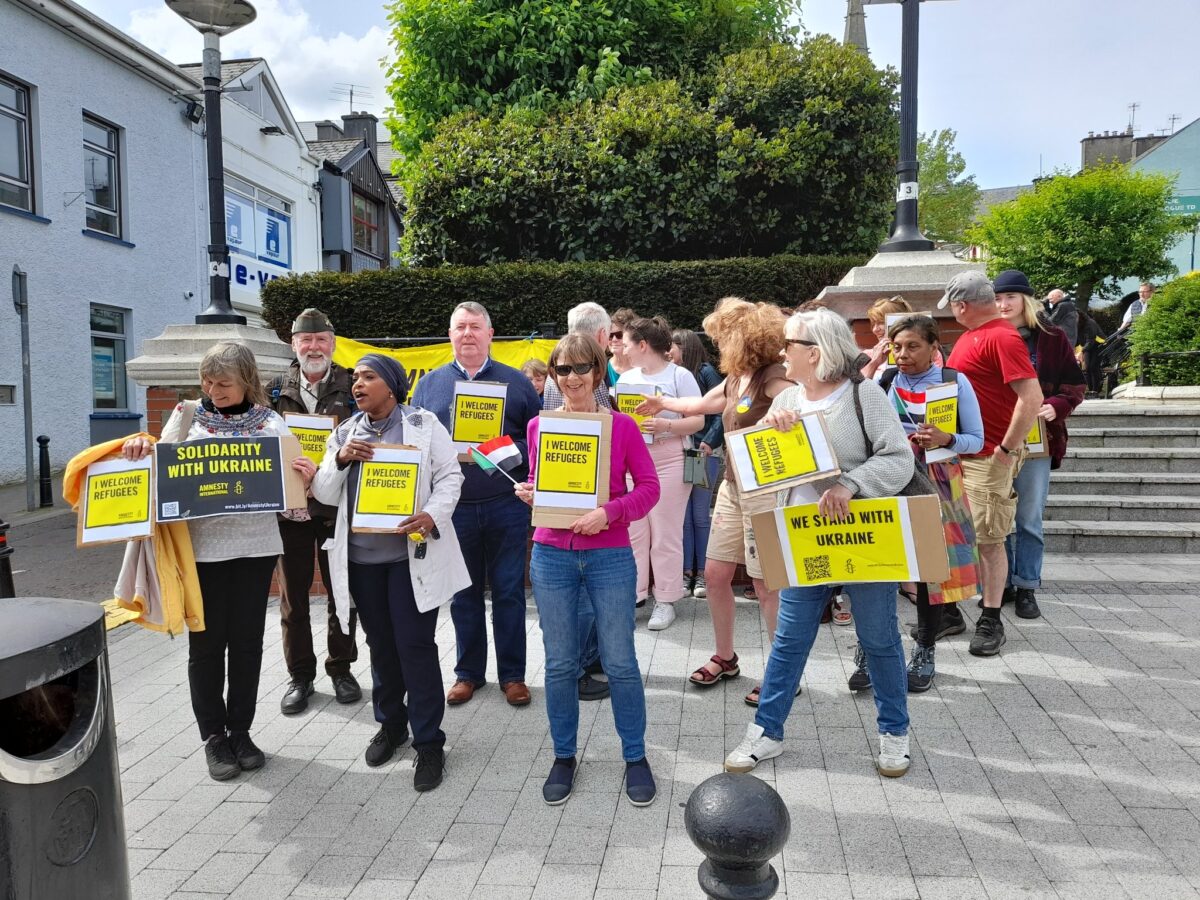 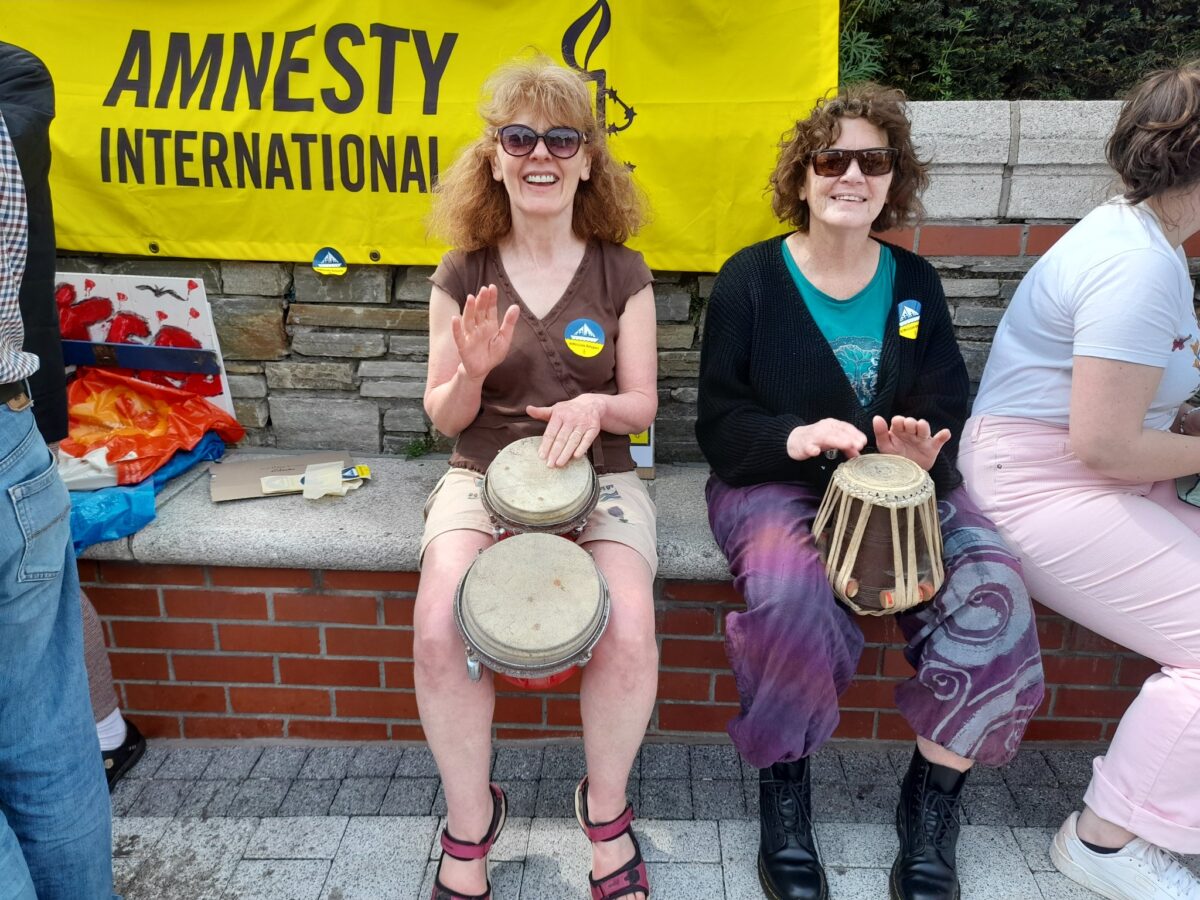 A spokesperson for the group said: “There are many thousands of refugees from countries across the world who now live in Ireland, many of whom are living in direct provision centres, who need support, help, friendship, and solidarity.  This year alone, the war in Ukraine has seen millions of refugees having to flee and thousands of people have arrived in Ireland over the past few weeks.

“Refugees who are now living in Donegal come from countries in every part of the world. Amnesty’s vigil was held to express solidarity and support for all those, wherever they come from, who have been forced to leave their country in search of safety due to war, conflict or persecution.

“Even though they miss their own homes, refugees are hopeful of making a new life for themselves and their families in their new homes. They are determined to contribute in every way they can. Refugees have always brought their skills, training, education, talents as well as their hopes and dreams from their own country to their new one, whether they hope to settle forever here or hope to return home one day when it is safe.”