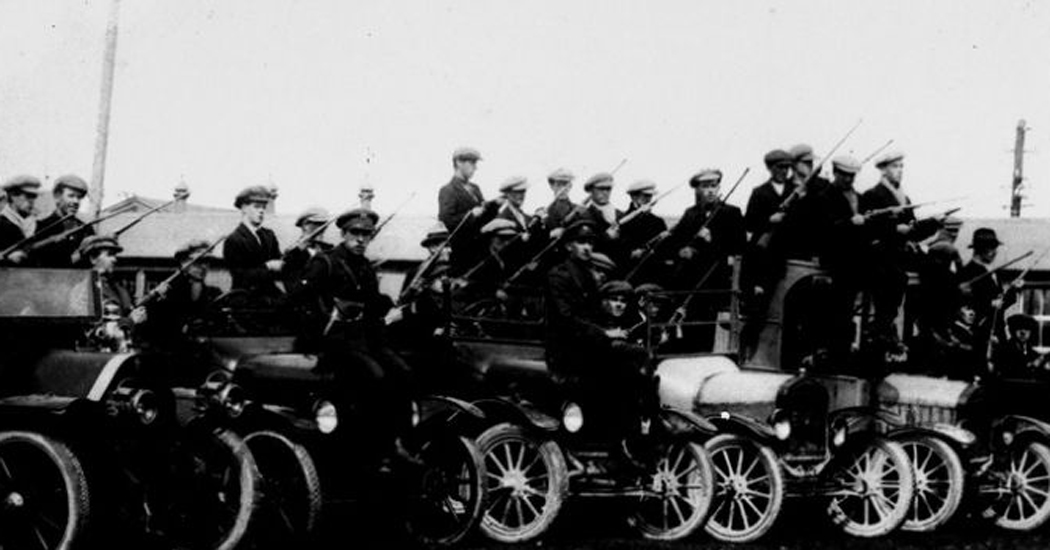 On Saturday 28th May, working on a cross-border basis with Fermanagh County Museum, Donegal County Museum are holding a commemorative event in the Termon Complex Pettigo and in Belleek to mark 100 years since the The Battle of Pettigo/Belleek.

The Battle of Pettigo/Belleek took place along the Donegal /Fermanagh Border in late May, early June 1922 in the period between the War of Independence and the Civil War.

It was the last time that Pro and Anti Treaty Forces fought side-by-side against British forces. It was part of Michael Collins’s Northern Offensive, which was intended to destabilise the Unionist state, and was also a reaction to sectarian violence against nationalists in the North. This was the only location in Ireland where Irish forces engaged with British forces in a stand-up fight with a defined battle line and the first time since the Easter Rising when heavy artillery was used in Ireland.

The event on 28th May will include talks by both national and local speakers, the premiere of a specially commissioned animation, a History Ireland Hedge School and a walking tour of the area, a guided bus tour to and around Belleek. Speakers include Dr Éamon Phoenix, Dr Edward Burke, Dr Margaret O’Callaghan and local historians, John Cunningham, Jimmy Baird. and Pauline Gilmartin

This commemorative event has been funded under the Community Strand of the 2022 Decade of Centenaries programme by the Department of Tourism, Culture, Arts, Gaeltacht, Sport and Media. 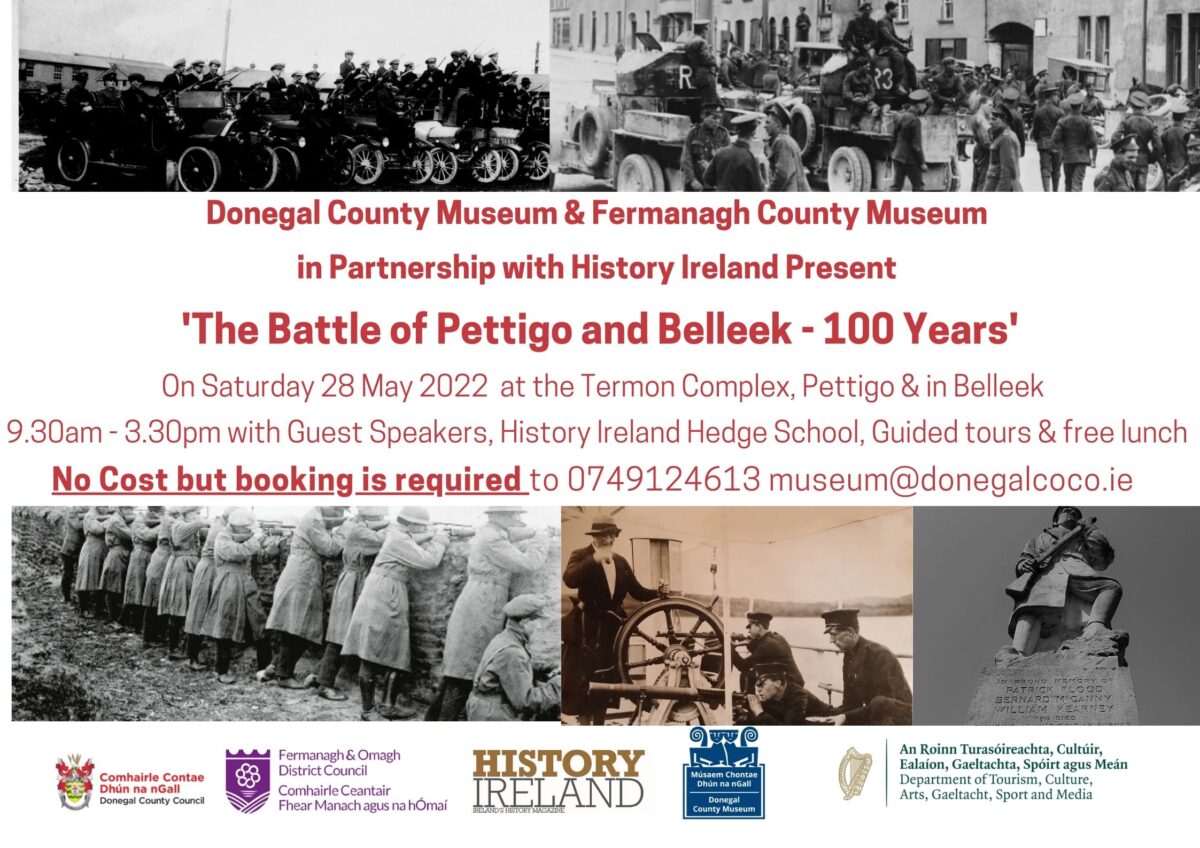 Cross-border event to mark 100 years since Battle of Pettigo/Belleek was last modified: May 12th, 2022 by Staff Writer
Facebook0Tweet0LinkedIn0Print0