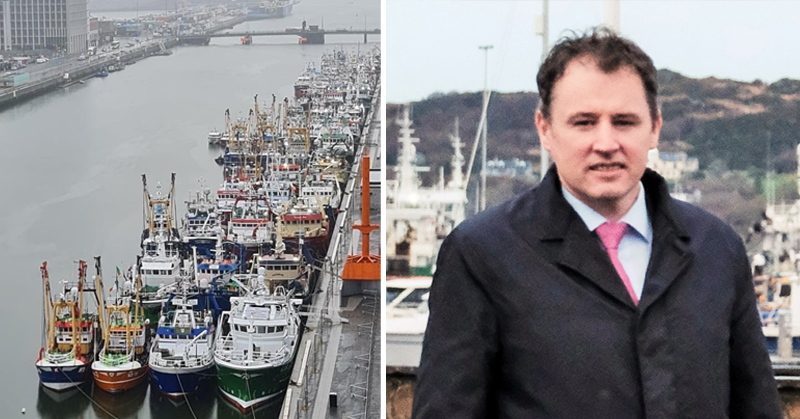 Pringle urges Minister McConalogue to stand up for fishing communities

Deputy Thomas Pringle has urged Minister Charlie McConalogue to stand up for fishing communities, saying Irish fishing is dying “while other countries thrive off our waters”.

Addressing the Dáil, Deputy Pringle said: “I have been contacted by many constituents in my hometown of Killybegs regarding the decision by the Sea-Fisheries Protection Authority to use a weighing system which renders fish unfit for human consumption.

“It can be hard for people outside the community to understand the significance of this or realise the effect it has had, but this is a community in decline, unfortunately, who are now threatened with the prospect of even further decline. The SFPA’s actions have caused incredible uncertainty among the local people of my town who fear for their jobs and their livelihoods.”

The decline is due to government inertia, the deputy said.

Deputy Pringle added the fishing community has taken blow after blow in the last couple of decades, beginning with our negotiations to join the EU and the Common Fisheries Policy.

He added “The effects of this have been felt in all our fishing towns, not only by our fishermen, but by our factory workers, netmakers, yardsmen, truck drivers, boat painters, admin workers, as well as our tourism and hospitality industry. The knock-on effect is endless and although this may seem like a small problem in Dublin, it is having a colossal effect on Killybegs and other towns across the country.

“It is very easy for the Department to sit here and make such detrimental decisions without knowing their consequences. This issue is far from their doorstep. Well, it’s right on mine and my constituents and I are extremely worried about the future of our town.

“I would have hoped that having a Minister for the Marine from Donegal would have changed things, even slightly, but sadly we have not seen that effect yet. The feeling of disconnect and lack of respect for fishing communities remains. We still don’t have enough quota, while at the same time other nations have more quota in our waters than they can catch. And the department is happy to go along with that as well.

“Why have we not been given the full rights to catch fish in our own waters when other countries don’t use up their quota? Our industry is dying while other countries thrive off our waters. We make up 12 per cent of all fishing grounds and waters of the European Union. We contribute hugely yet we get almost nothing in return.

“No other European country would accept this, so why do we?

“I am urging you, Minister, to please think of the people on ground, the community and the local workers, who are no doubt feeling the worst effects of the SFPA and European decisions, as well as bad Government policy. It’s high time for you to listen to your constituents and stand up for the fishing communities in our country,” he said.

Deputy Pringle repeated his call on Government to push for a review of the Common Fisheries Policy to benefit all, calling that “a very good start”.

Pringle urges Minister McConalogue to stand up for fishing communities was last modified: May 13th, 2022 by Staff Writer
Facebook0Tweet0LinkedIn0Print0