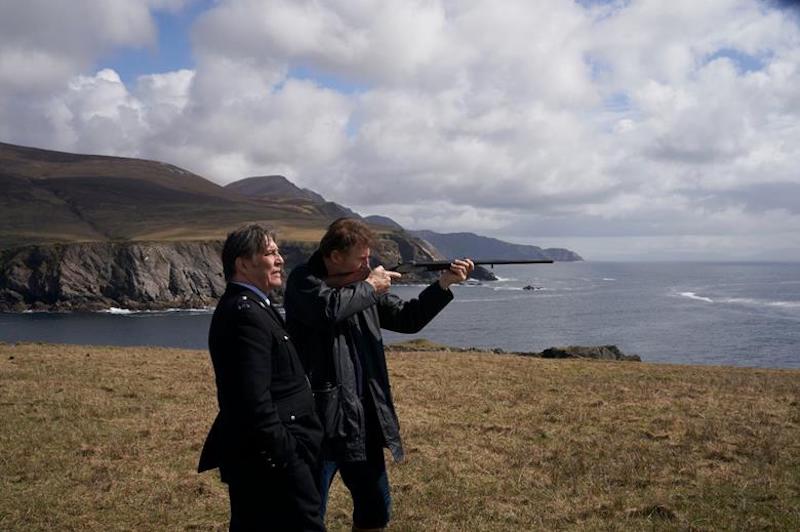 First-look images of Liam Neeson and Ciarán Hinds in the Donegal-based action thriller ‘In The Land Of Saints And Sinners’ have just been released.

Filming is underway in Glencolmcille, Ardara and Kilcar for the multi-million euro feature.

The Screen Daily has obtained the pictures, by Enda Bowe, which Bleiberg/Dimbort will present for international sale and will ‘tease footage’ at the world-renowned Cannes Film Festival next week. 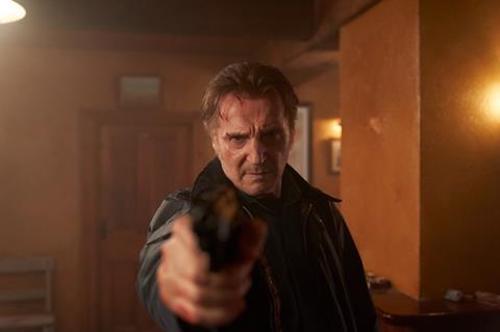 A threatening looking Liam Neeson on ‘In The Land of Saints and Sinners’. Pic: Enda Bowe

Netflix is among the big buyers to scoop up the new film that is being shot in the south west of the county.

Robert Lorenz is currently directing the film in south west Donegal about a retired assassin in a remote Irish village who gets drawn into a lethal game of cat-and-mouse with a trio of vengeful terrorists.