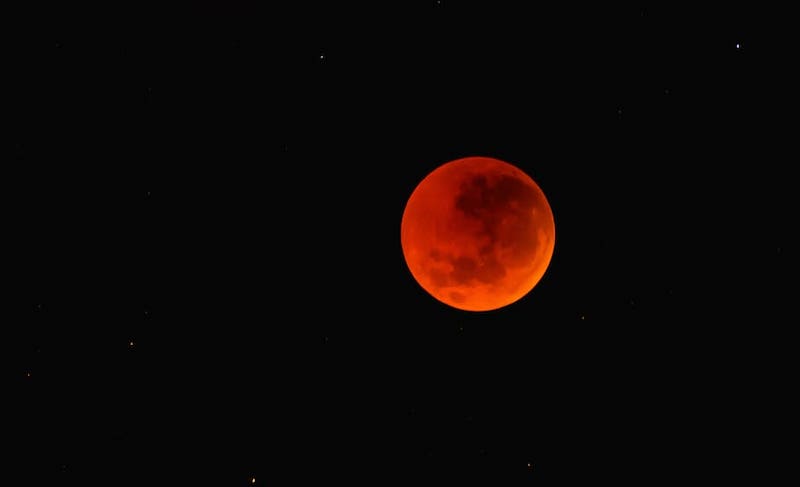 Total lunar eclipse to be visible over Ireland tomorrow morning

Early tomorrow morning, Ireland will see a total eclipse of the moon just as the sun is rising and the moon is setting.

A lunar eclipse occurs when the sun, earth and the moon are aligned with the earth in the middle.

When they are aligned exactly, the moon is entirely within the earth’s shadow.

This results in a total darkening of the moon’s surface and is called a total lunar eclipse.

The moon has to be full when a lunar eclipse occurs, and this full moon is known as a super moon.

A super moon is a full moon that occurs close to the time when the moon is near its closest point to the earth – 40 hours after it is full.

The eclipse expected to be most visible between the hours of 4:29am and 5:11am.

Astronomy Ireland is urging members of the public to get out and witness the “very rare spectacle of nature”.