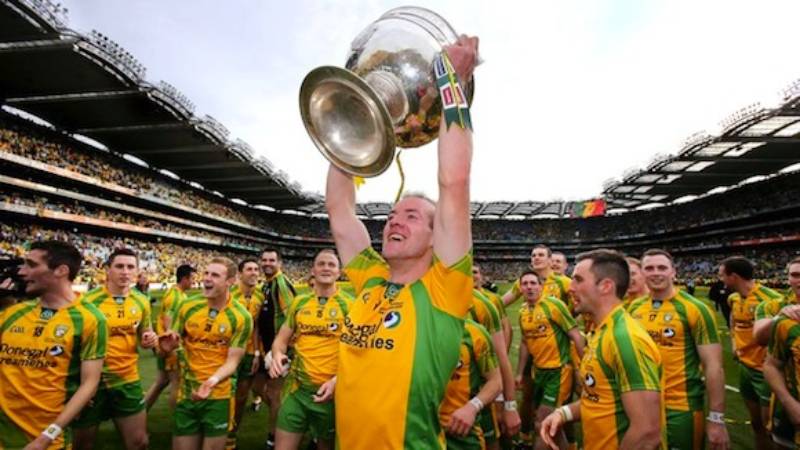 Former Dublin star Ciarán Whelan last night compared the current Derry side to Donegal’s All-Ireland winning side of 2012 on The Sunday Game.

The Oak Leaf County will contest just their third Ulster final of this century when they take on Declan Bonner’s Donegal on the 29th May in Clones.

And Rory Gallagher’s side, who haven’t won an Ulster title since 1998, have been getting all the plaudits from former players and coaches.

Despite beating the 2021 All-Ireland winners Tyrone in Healy Park in Omagh, they were still underdogs to beat last year’s Ulster runners-up Monaghan but won by 3-12 to 0-17.

And having already claimed two leading Ulster scalps, the two time All-Star and six time Leinster champion Whelan believes there is no team in the country that has the same level of form and momentum.

Whelan said: “They’re the one team in the country now that have serious momentum. They look like a Donegal of 2012 or a Tyrone coming. Ulster teams are very, very dangerous when they get that momentum.

“They’re so well set up. They were very similarly set up as they were against Tyrone, very strong defensive structure, very difficult to break down, big leaders right throughout the pitch.

“They’re all playing for Rory Gallagher, so there’s something special developing in Derry. They’re going into an Ulster final and they’re going to be extremely competitive.