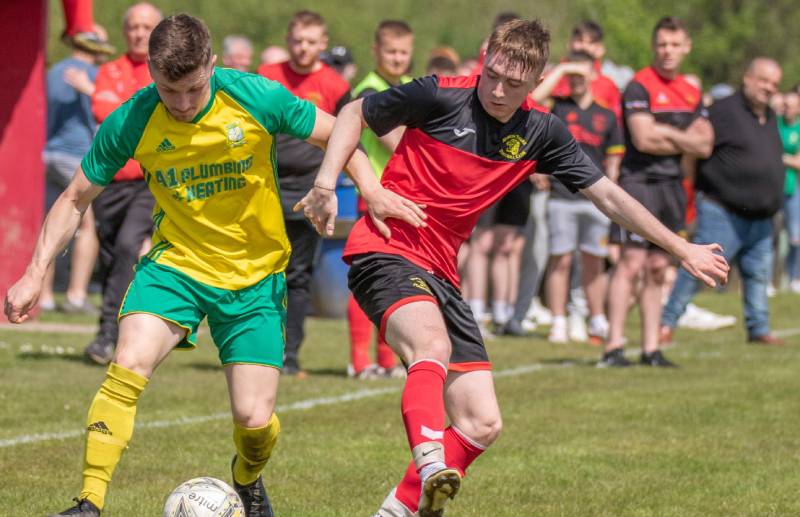 Bonagee United and Kilmacrennan Celtic will face in a play-off to decide who will win the 2021/22 Brian McCormick Premier Division title.

The game is scheduled for the 29th of May at Diamond Park in Ballyare after a dramatic ending to the season.

Bonagee will have been left kicking themselves, knowing a win against Kildrum would have sealed the title, but it was always going to be a difficult task away to Kildrum Tigers.

The game was played in front of a big crowd, particularly from the away end, as they hoped to seal the title on the final day.

And after a tight and tense first half Bonagee went ahead early in the second half.

From a Bonagee corner Kildrum keeper James McNulty punched clear and after a heavy knock appeared to be unconscious but play continued and eventually the ball was rolled into the empty net from Cody Brogan.

Bonagee looked set to become champions, however after a defensive error allowed Odhran McMacken to pounce and level the game.

Both teams tried to fashion openings late on but the game ended all square at Station Road.

This still meant Kilmac’ had to win by four goals against Convoy Arsenal in order to tie the league with Bonagee on points and goal difference.

And they did so, with goals from Christopher Flanagan and Ridha Abdullah and a Michael McLaughlin brace saw them win 4-0.