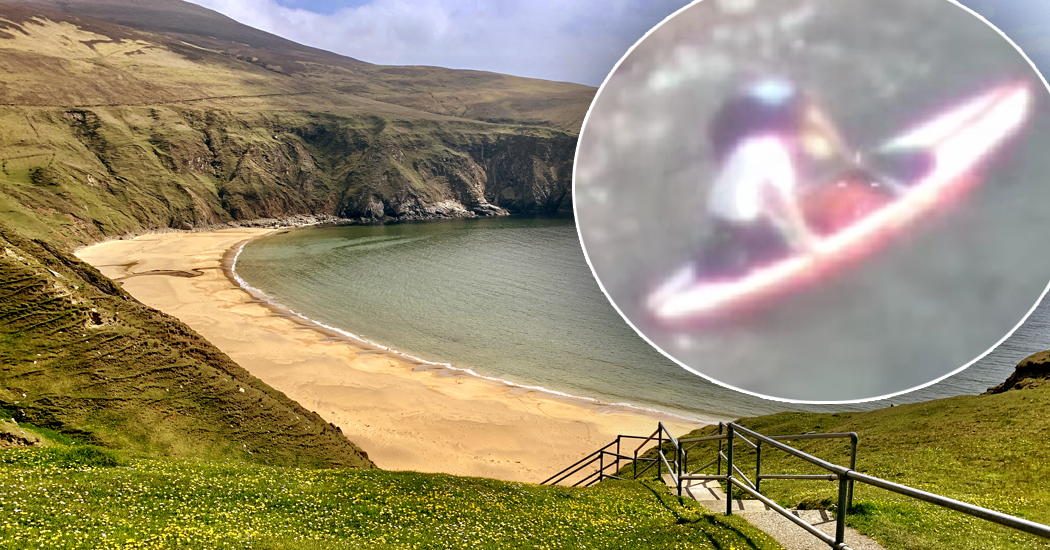 A paddleboarder has been praised for rescuing two people who were caught on rocks at Silver Strand beach over the weekend.

The incident occurred on Saturday when two people became cut off by the tide near Malin Beg.

A spokesperson for the Rescue 118 helicopter said: “A paddle boarder went to the rescue of both people and brought them to the shore where Killybegs Coast Guard assessed the causalities. Rescue 118 were on had if anyone got into difficulty.

“Well done to the paddle boarder.”

Since the start of May Rescue 118 has responded to 19 taskings all over the northwest of the country. Some of these included six island evacuations, missing persons searches and rescue of persons in the water and cut off by the tide.