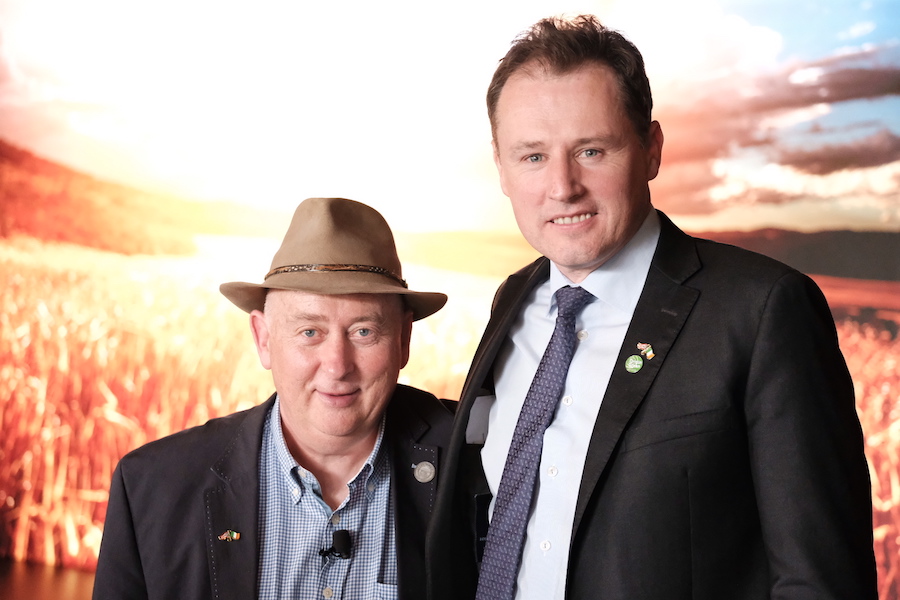 The booming Donegal drinks sector took centre stage on a recent trade mission to the United Sates which was led by Minister for Agriculture, Food and the Marine Charlie McConalogue.

Minister McConalogue brought a Bord Bia trade mission to the US recently to drive further sales of Irish food and drink to the US.

America is Ireland’s second largest food and drink export market with over €1.3bn worth of produce exported across the Atlantic in 2021.

During the trip, which also saw the long awaited opening of sheep meat access to the US, Minister McConalogue launched the new alcohol beverage campaign – the Spirt of Ireland – in Ohio.

There was a distinct Donegal flavour to the event with none other than Raphoe man Johnny Harte (pictured above), co-founder of the Five Farms Cream Liqueur brand, on hand to tell the fascinating origin story behind the successful beverage.

Separately, at an event in the US Ambassador’s residence in Washington DC, the popular Silkie whiskey from the Sliabh Liag Distillers Ardara was being sampled by some of the biggest names in the Irish American community.

US Ambassador Dan Mulhall joined Minister McConalogue is paying tribute to the success of the brand and Silkie proved to be a big hit on the night.

Minister McConalogue commented “It was great to see such wonderful representation from Donegal people and brands while on my trade mission in the US. Congratulations to them on their success.”