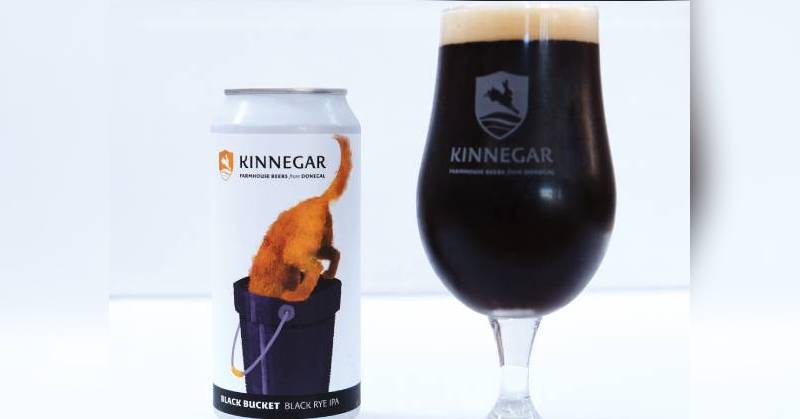 Kinnegar Brewing has claimed a gold award in the 2022 World Beer Cup, a global competition that evaluates entries from around the world and recognises the most outstanding brewers and their beers.

Awards were given in 103 beer-style categories during the World Beer Cup award ceremony on May 5, 2022 at the Minneapolis Convention Center in Minnesota, USA.

“Naturally we’re delighted with every award we win but there’s one accolade that matters more to a brewery than any other, and this is it,” said Founder and Head Brewer Rick LeVert.

“We’re consistently improving what we do at our base off the beaten track in Donegal and it’s exceptionally rewarding to receive this level of recognition for our effort.”

Until Kinnegar’s triumph last week, no Irish brewery had ever achieved a gold award since the inception of this most demanding competition in 1996.

A black rye IPA, Black Bucket is part of Kinnegar Brewing’s core range of 12 beers. “Kinnegar is quite well known for rye beers — any of our beers with ‘Bucket’ in the name feature rye”, explains co-owner Libby Carton.

“We first made Black Bucket in 2014 and while it’s one of the more challenging styles in our core range, it’s actually a remarkably drinkable beer that beautifully balances rye and roasted malts with fresh hop aromas and flavours.”

Widely regarded as the ‘Olympics of Beer’, the 2022 World Beer Cup was the largest competition to date.

2,493 breweries from 57 countries world wide entered 10,542 individual beers in 103 different categories, with a maximum of one bronze, one silver and one gold per category up for grabs.

One particular World Beer Cup 2022 stat catches the eye: Kinnegar’s win with Black Bucket elevated Ireland to the number one spot in the ‘country with highest winning rate’ table at 16.67%.

Presented by the Brewers Association, the World Beer Cup has been held biennially since 1996, to celebrate the art and science of brewing by recognising outstanding achievement. For additional information, visit the World Beer Cup website.

Producing at commercial scale since 2013, the brewery rapidly outgrew its original premises in Rathmullan and moved to K2, a state-of-the-art facility in nearby Letterkenny, in 2017.

Since then the business has continued to flourish. Today Kinnegar is one of Ireland’s best loved and most highly respected independent breweries, enjoying a significant share of the Irish craft beer market both at home and in continental Europe.