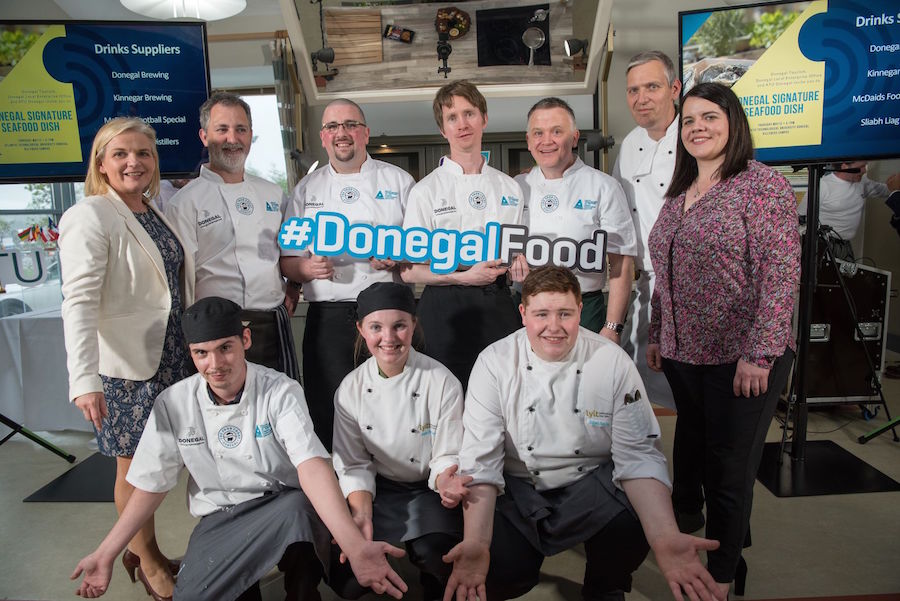 Something deliciously fishy going on at ATU Killybegs Campus!

The evening which was a celebration of all things seafood in Donegal saw five local chefs preparing their ultimate seafood dishes to an audience of interested stakeholders.

The chefs were supported by students of the Culinary Arts programme at ATU Donegal.

Chef Garry Anderson of Anderson’s Boathouse Restaurant and the Seafood Shack in Killybegs kicked off the celebration is well known for his talent when it comes to seafood having been crowned Ireland’s Best Seafood Chowder back in 2019. He prepared a mouthwatering seafood croustillant which is a popular dish in his restaurant.

Donegal’s Best Chef Duo Chris McMenamin & Colin McKee who recently took over the kitchen at Biddy O’Barnes then showed how to cook a deliciously simple dish featuring seabass. They were interviewed by the MC for the evening Noel Cunningham who is also a former colleague of the two from Harvey’s Point Hotel.

Peter Campbell from Outside Catering Donegal demonstrated to the audience how to prepare a Seafood Nage, a broth featuring Donegal’s own maritime gin, An Dúlamán for Sliabh Liag Distillers. It was beautifully served in a scallop shell and was full of flavour. 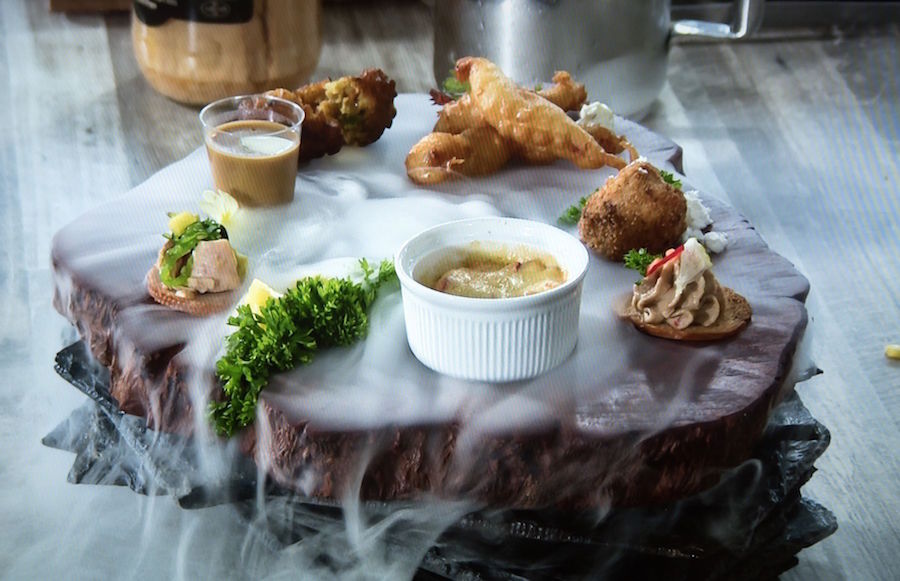 Throughout the evening the guests were treated to a selection of tasty canapés prepared by Tim Dewhirst, Culinary Arts lecturer at ATU and a number of his students.

The canapés highlighted the range of flavours that can be achieved using locally caught and sourced fish and shellfish.

He said “Celebrations such as this demonstrated what is possible when it comes to our food offering in the county.

“We want to take opportunities such as this to encourage food outlets across Donegal to celebrate the richness of product that we are lucky to have in the county and use as much Donegal products and seafood as they can.”

Cathaoirleach Cllr Jack Murray, who spoke at the event, said that, “We want to reinforce the message that when visitors come to Donegal we want them to go home reminiscing on the memorable food and drink that they had across the county.

“We want them to tell their friends and family that some of the best food that they had in Ireland and along the Wild Atlantic Way was in Donegal.” 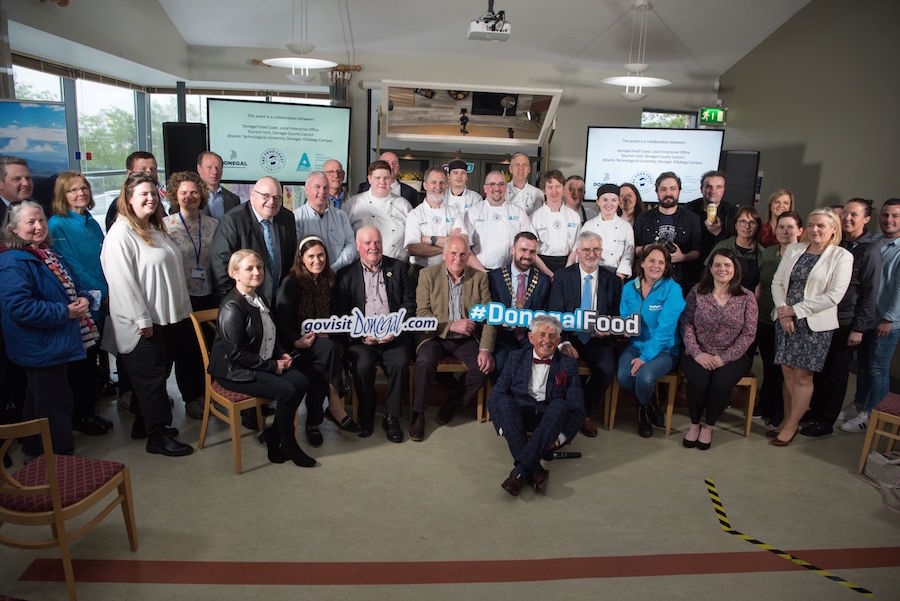 Something deliciously fishy going on at ATU Killybegs Campus! was last modified: May 18th, 2022 by Staff Writer
Facebook0Tweet0LinkedIn0Print0