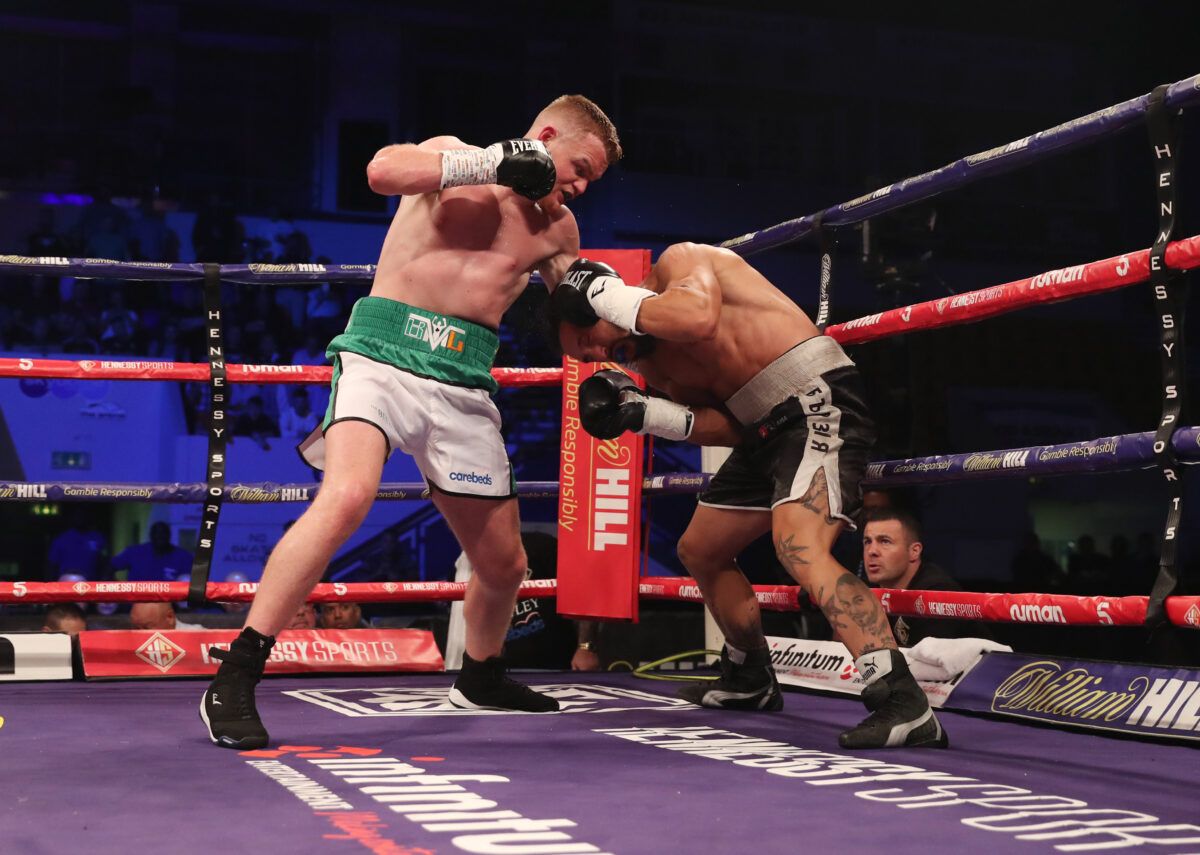 Brett McGinty’s fifth professional fight on Saturday 28th May has been moved from Birmingham to Doncaster.

The St Johnston native was due to fight in the Holte Suite in Villa Park on the Tommy Owens Promotions show but will now fight on the VIP Boxing Show at the Doncaster Racecourse.

The Ricky Hatton trained fighter has been out of action since the end of the year after sustaining a shoulder injury in December.

The 23-year-old was due to fight Bulgarian Angel Emilov at the end of the year in the Crystal Palace for the bout as he looked for his 5th win.

His opponent will be confirmed in the next few days.