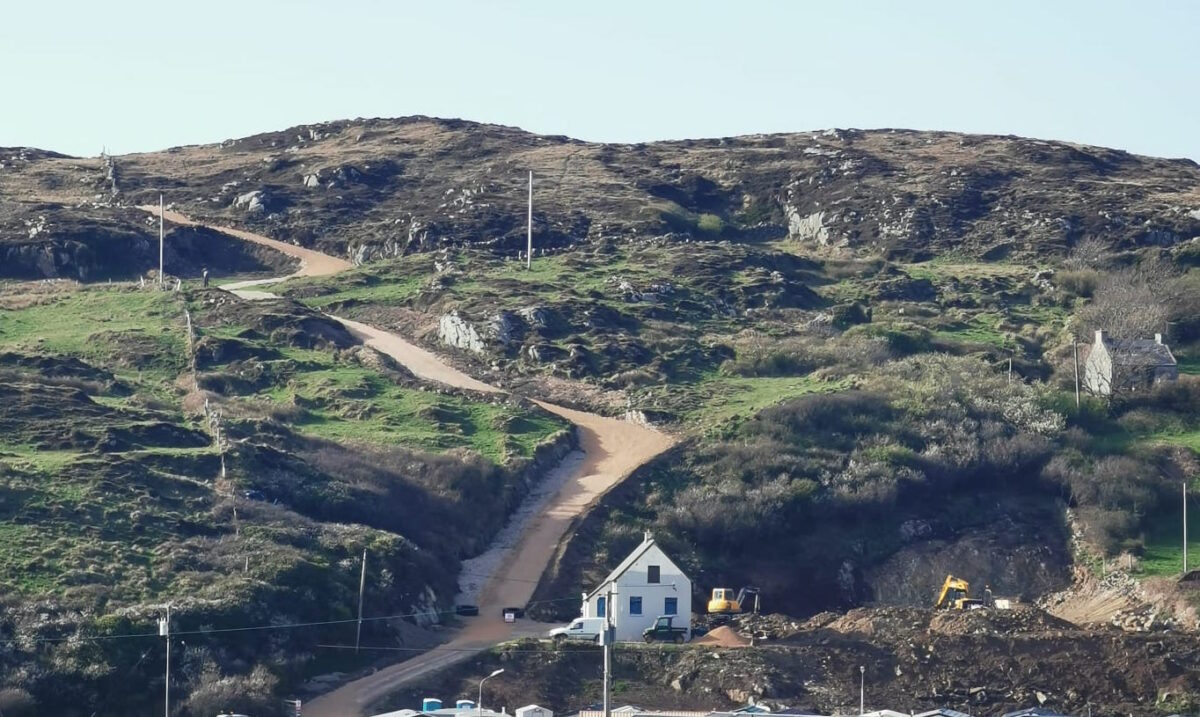 written by Staff Writer May 19, 2022
Facebook0Tweet0LinkedIn0Print0

Donegal County Council has confirmed that a planning enforcement case has been started into a new pathway to the hugely popular Murder Hole Beach in Downings.

There was huge welcome locally when a pathway was built over a hill on private land to the beach.

Up until this the only access to the beach was across a field on which a bull grazed.

Walkers had been previously warned not to cross the land and that they were trespassing on private property.

The new development by a local landowner which also included a car park was broadly welcomed.

However, it has now been claimed that the new pathway may traverse a special area of conservation and may be an unauthorised development.

A spokesperson for Donegal County Council confirmed “We can confirm that there is an open and ongoing planning enforcement case regarding this development.”

The new pathway which included the car park was built by a local landowner who also placed a sign on the path asking for donations for its upkeep.

The walk, which takes about 20 minutes to reach the secluded beach over a steep hill, still became hugely popular since it was opened a few weeks ago.