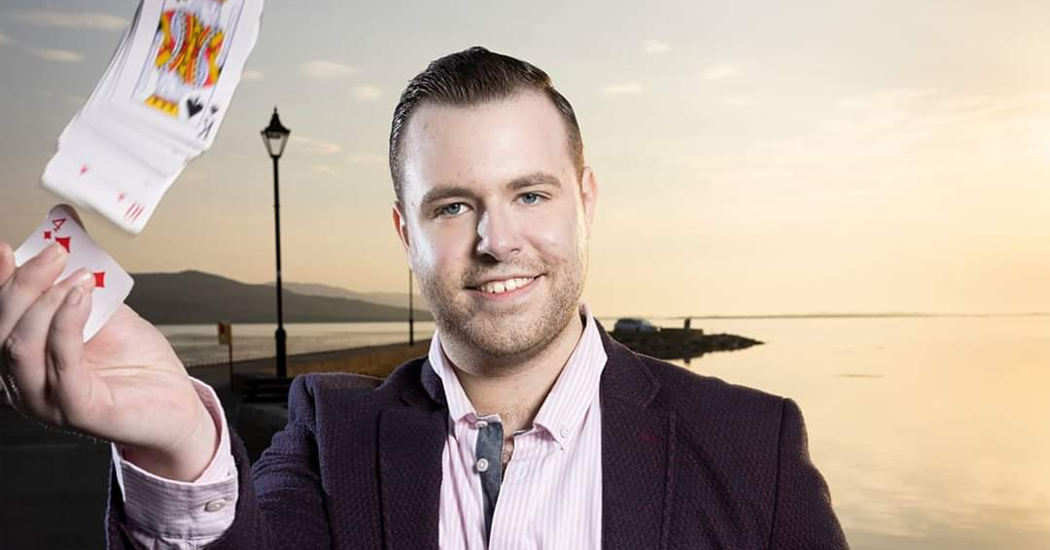 TV debut on the cards for popular Donegal magician

Donegal magician Dylan Murray is about to bewitch TV viewers with his first live television performance.

The Burtonport entertainer will be making an appearance on “The G Request Show” on Sky Channel 182 next Tuesday 24th May at 8pm.

He’s got a special trick up his sleeve too, as he hints that the audience will be treated to “one of the greatest card tricks in the world”.

The G Request Show is a multicultural talk show from the heart of Dublin city. Tuesday’s show will see Dylan doing a close up magic trick and an interview with host Chris Onos.

He’ll also be revealing news of his first live television series being commissioned by Sky TV in the coming months.

Murray’s brand new show entitled “Believe” will be coming to venues and theatres this summer.