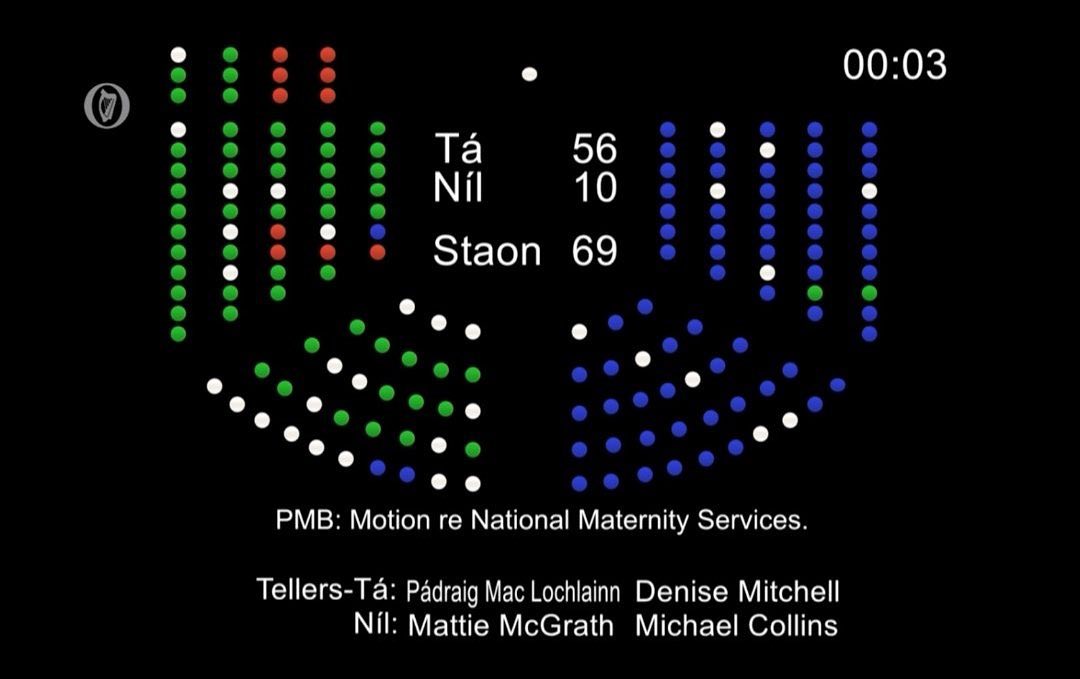 Two Green party TDs have been suspended from the party for breaking the Government whip on a motion on the new National Maternity Hospital.

A Sinn Féin motion to ensure that the National Maternity Hospital is a public hospital on public land was passed by the Dáil last night at 56 votes to 10, with 69 abstentions from mostly Government TDs.

The motion moved to ask the Government to renegotiate with the St Vincent’s Healthcare Group (SVGH) to secure ownership of the land that the National Maternity Hospital will occupy.

The party subsequently agreed to suspend Deputy Patrick Costello and Deputy Neasa Hourigan from the parliamentary party for six months.

The decision has weakened the Cabinet to a majority of just one.