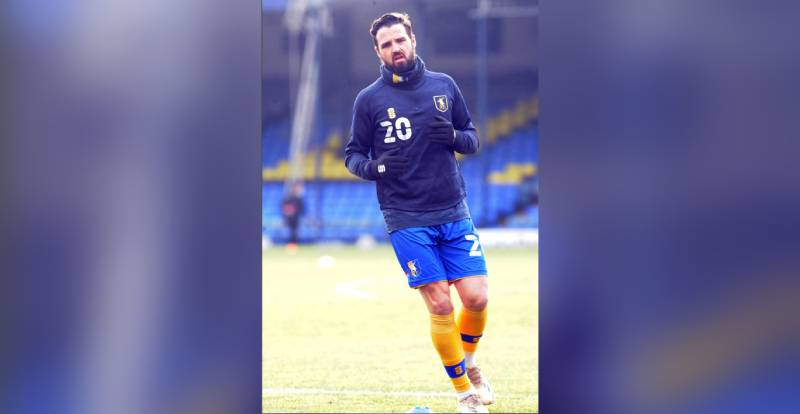 Stephen McLaughlin scored the only goal of the game on Wednesday night to send Mansfield Town to the League Two play-off final at Wembley.

The Isle Of Doagh man gave his side the lead away to Northampton Town in the second leg of the play-off semi final at Sixfields as Elliott Hewitt’s low cross found McLaughlin in the box and his first time finish went past Liam Roberts.

The goal came just after the half hour mark and made it 3-1 to Nigel Clough’s side on aggregate.

“That could well be Mansfield Town’s ticket to Wembley!” 🎫

Stephen McLaughlin with a MASSIVE goal in this second leg! ⚽ pic.twitter.com/y9tR7ioywM

The former Finn harps and Derry City player joined Mansfield in 2020 and has enjoyed one of his best seasons to date, scoring 8 goals and recording 10 assists this season for The Stags.

Mansfield Town will face Port Vale in the League Two play-off final on Saturday 28th May.