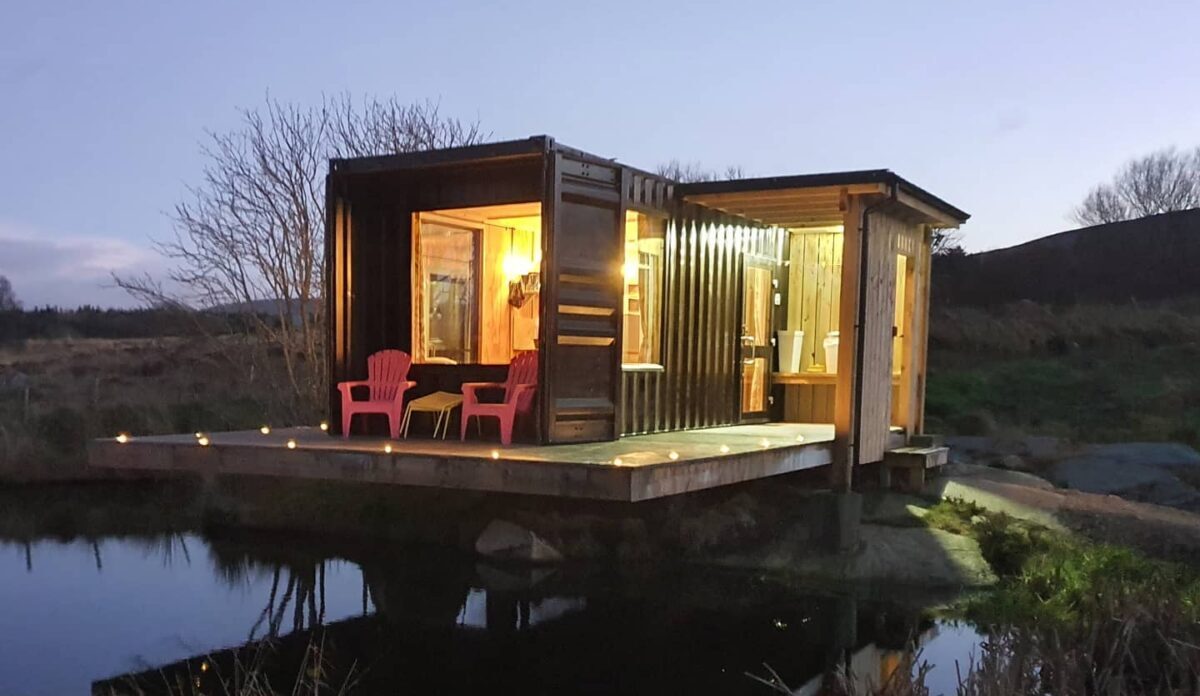 For Sale: Now’s your chance to own Frank the famous Donegal shipping container

written by Rachel McLaughlin May 21, 2022
Facebook0Tweet0LinkedIn0Print0

One of Ireland’s most unusual Airbnbs has gone on the market alongside two very quirky holiday lots.

Frank the Shipping Container in Lettermacaward has made headlines around the world for being one of the most interesting self-catering stays.

And if you’ve always dreamt of owning it, now is your chance.

Frank is up for sale alongside two neighbouring glamping pods – The Pod On The Bay & Lakeside Luna & Kuba.

The one-bed properties form part of a unique holding overlooking the peaceful Traighenna Bay, and just a short drive to the Blue Flag Dooey beach. As one of Donegal’s busiest Airbnb sites in recent years, it is expected to draw big interest from rental enthusiasts.

The entire site (including the three units) is for sale at a guide price of €349,950 with Campbells Auctioneers Dungloe. 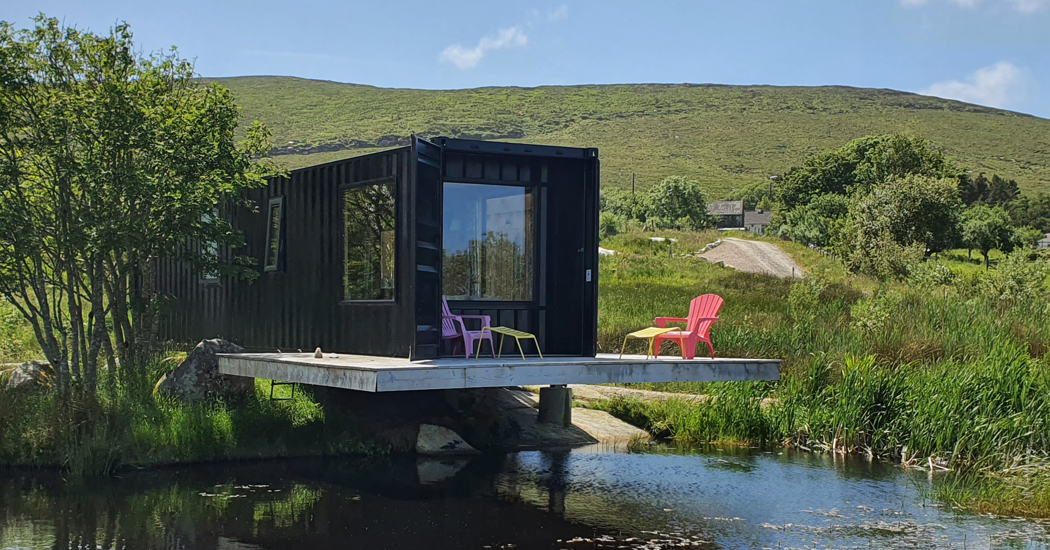 Frank The Shipping Container topped the Irish Independent’s Fab 50 list of the best places to stay in 2021. The hype is down to the fact that it relies on a cantilever system to be supported on land while it gently bounces over the waters’ edge. With an open veranda, guests get the feeling of floating over the pond. Frank’s story goes from China to Omagh. The container was once used to transport ‘JCB’ type excavators overseas. But a big-budget transformation by Dr. Greg Stevenson has given it a new lease of life.

Stevenson is an architectural historian, property developer and founder of Under the Thatch holiday rentals. He specialises in restoring cottages and transforming them into unusual holiday lets, often in stunning natural areas. 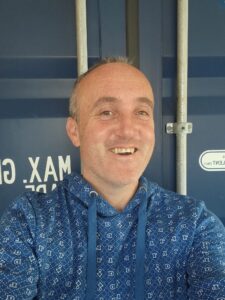 Stevenson says he is putting his Donegal creations on the market because it’s time to move on to more grand designs. His company incorporates many properties in Ireland, the UK and France, and each place tells a different story.

“I love building and creating things and for me, the pleasure is in the renovation,” he told Donegal Daily.

“Frank is something special, I’m really pleased to have done it with the support of Donegal County Council. I’ve built from mud, straw bale, cave houses, log houses and every kind of timber, but shipping container houses are quite difficult. I wanted to show when and where you can use on, and it’s perfect because the container is creating the cantilever structure. It’s definitely not a cheap or easy way to build. Frank was a success in terms of the structure of the building and as a project itself.” 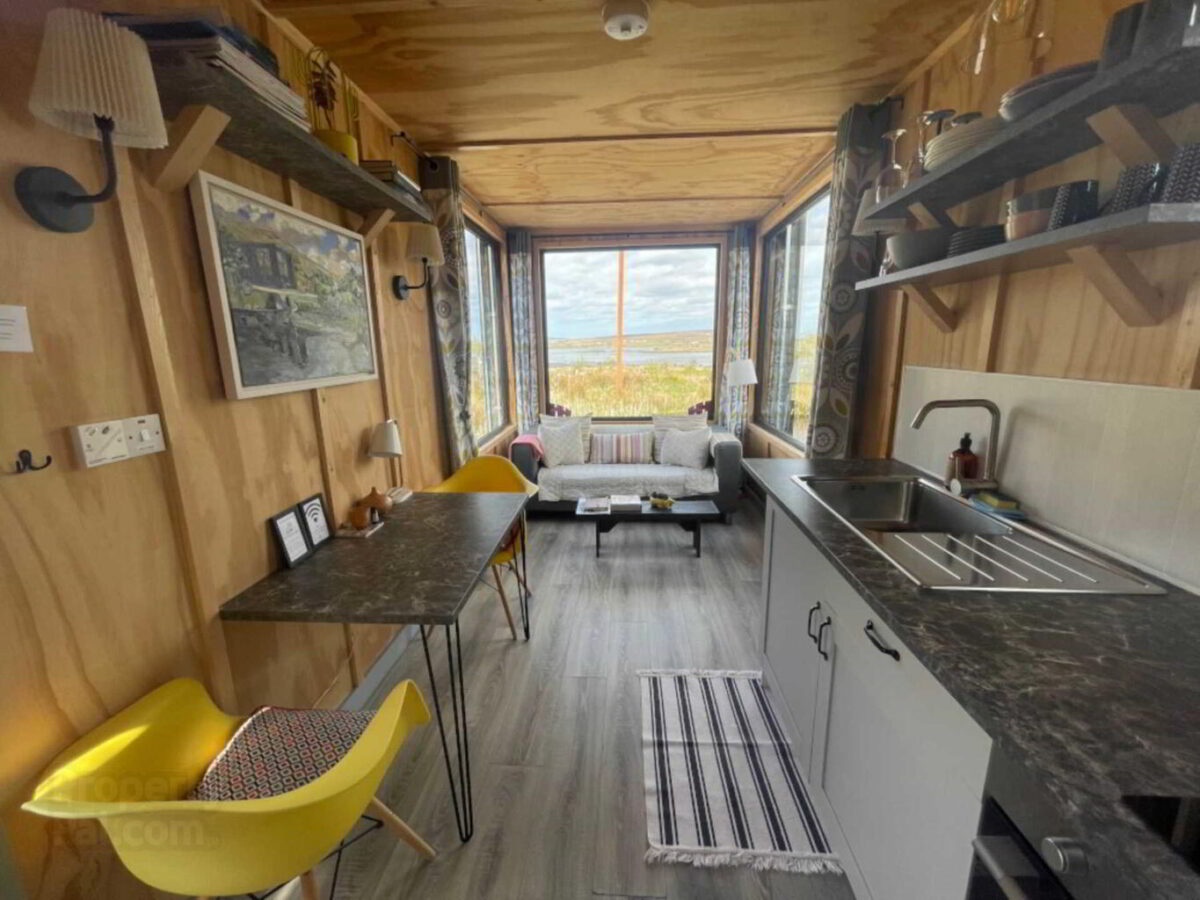 Inside Frank the Shipping Container

Frank’s neighbour is the Lakeside Luna & Kuba, which is a bespoke lakeside shepherd`s hut and an outdoor `cube` style living room. The property makes the most of the outdoors and is thoughtfully positioned overlooking its own coastal lake.

The newest addition to the site is The Pod On The Bay  – a timber frame pod made in Northern Ireland that also boasts breathtaking sea and Donegal countryside views. 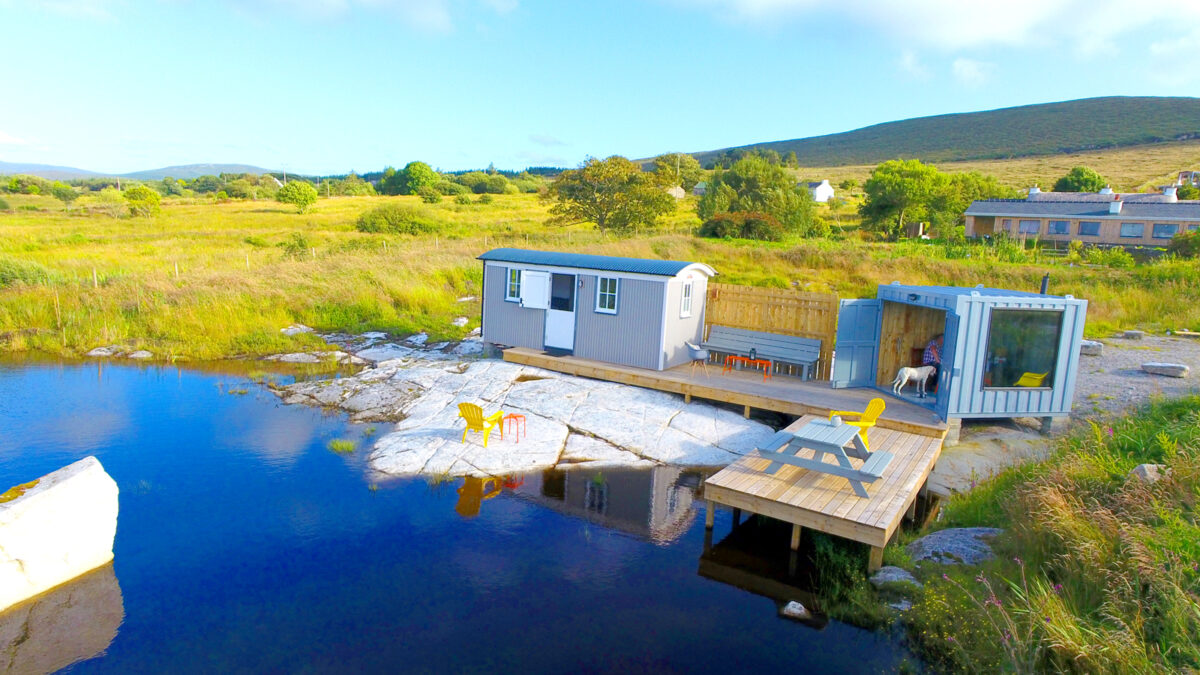 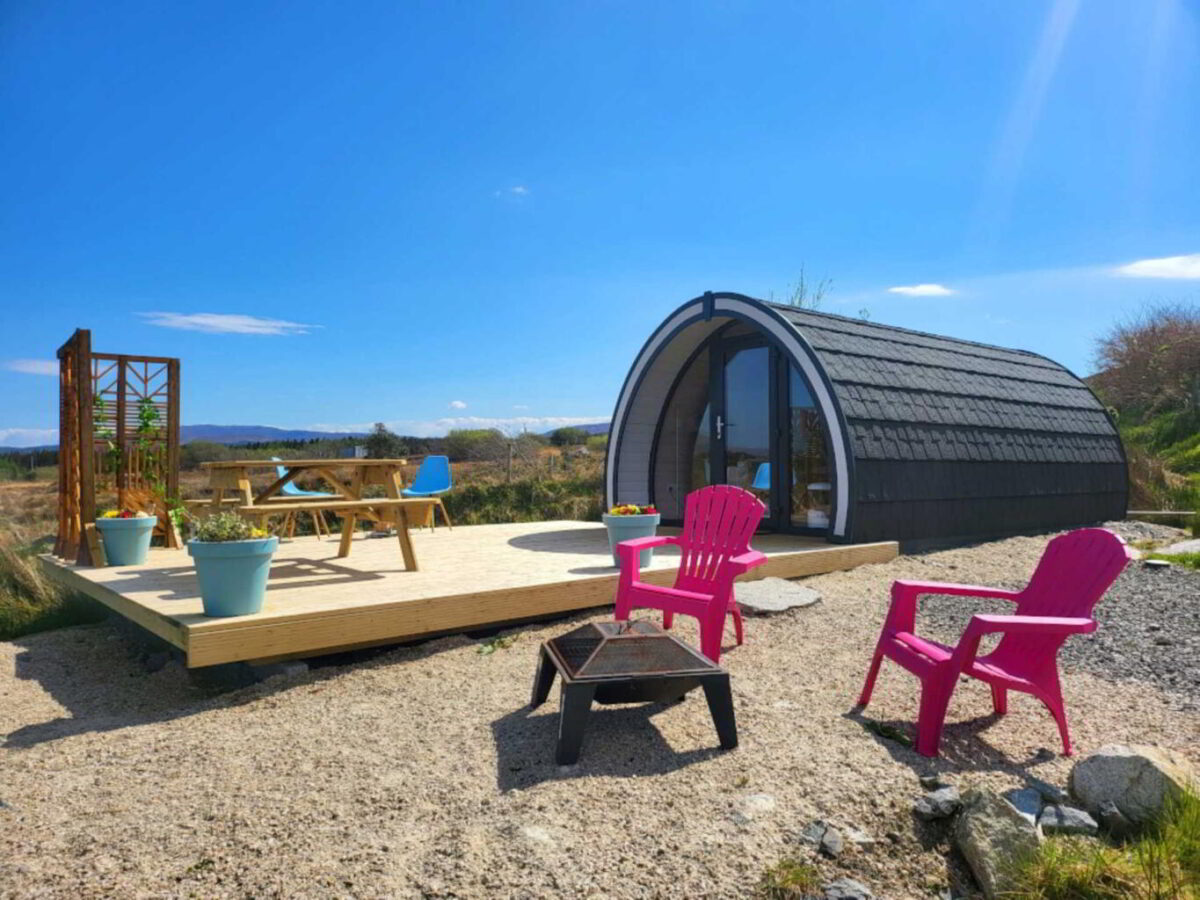 The Pod on the Bay

Stevenson has lived in Donegal since 2008 and used to have his main homeplace within the complex. The “Traighenna Bay” cottage is also going on the market as a separate sale with an asking price of €224,950.  The ‘Thatch’, as he calls it, is a traditional cottage with a twist. A property of two halves, it contains both a quaint cottage at the front and a contemporary glass and timber extension to the rear.

It’s a simple place, full of light, and comfortable year-round. The chief delight is the panoramic view over the bay. The property also benefits from its own unique waterfront, large enclosed front and rear gardens and ample parking space. 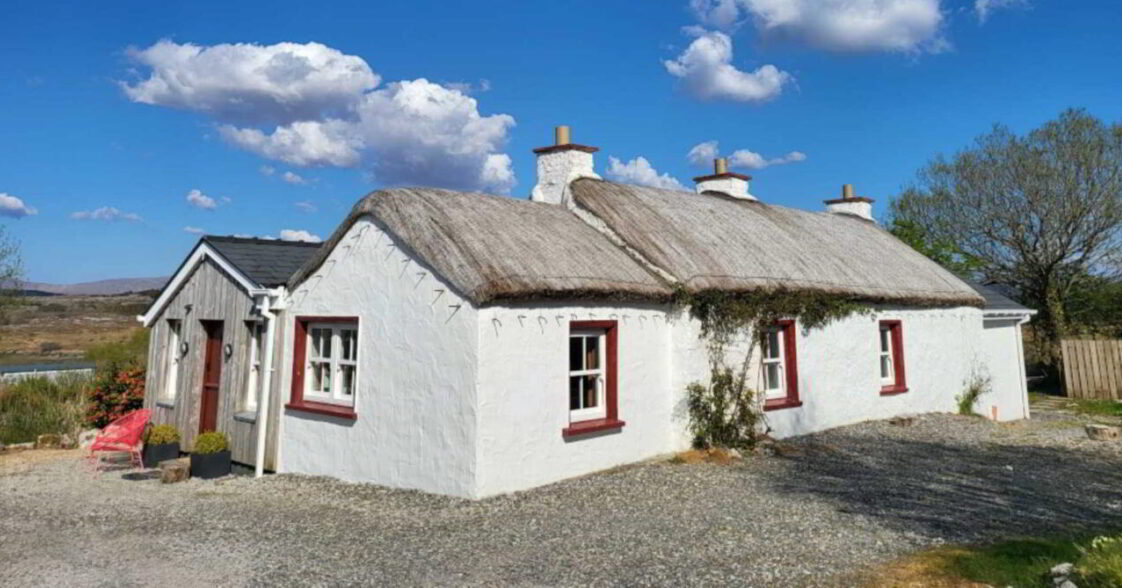 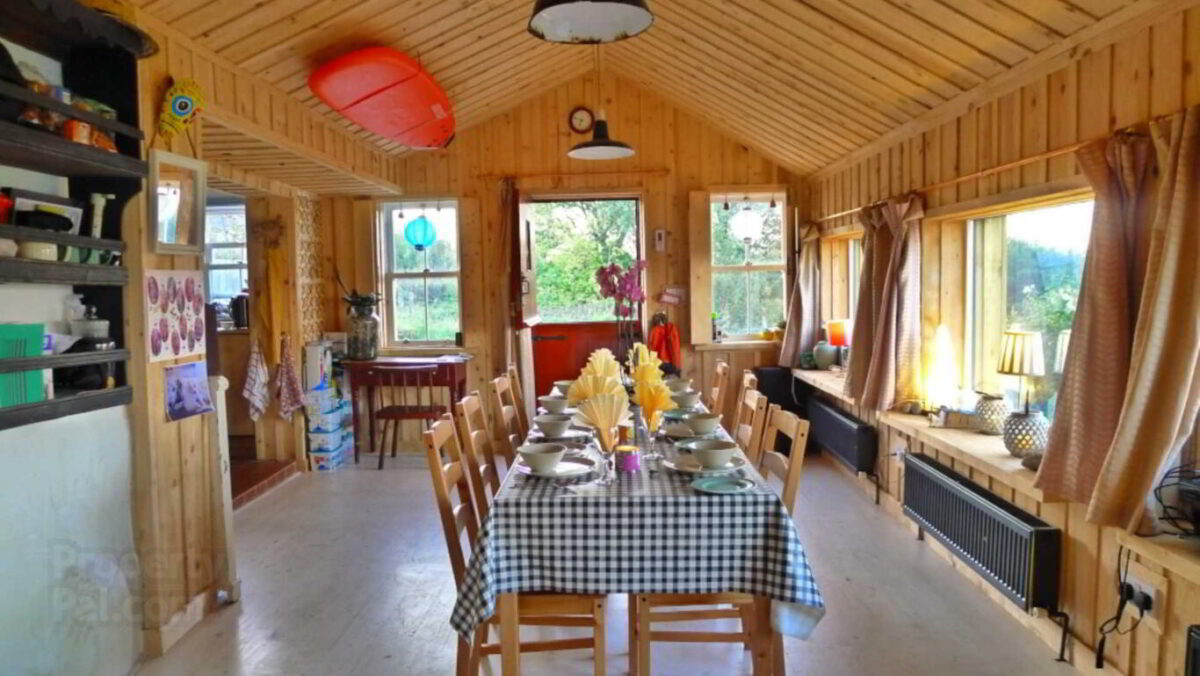 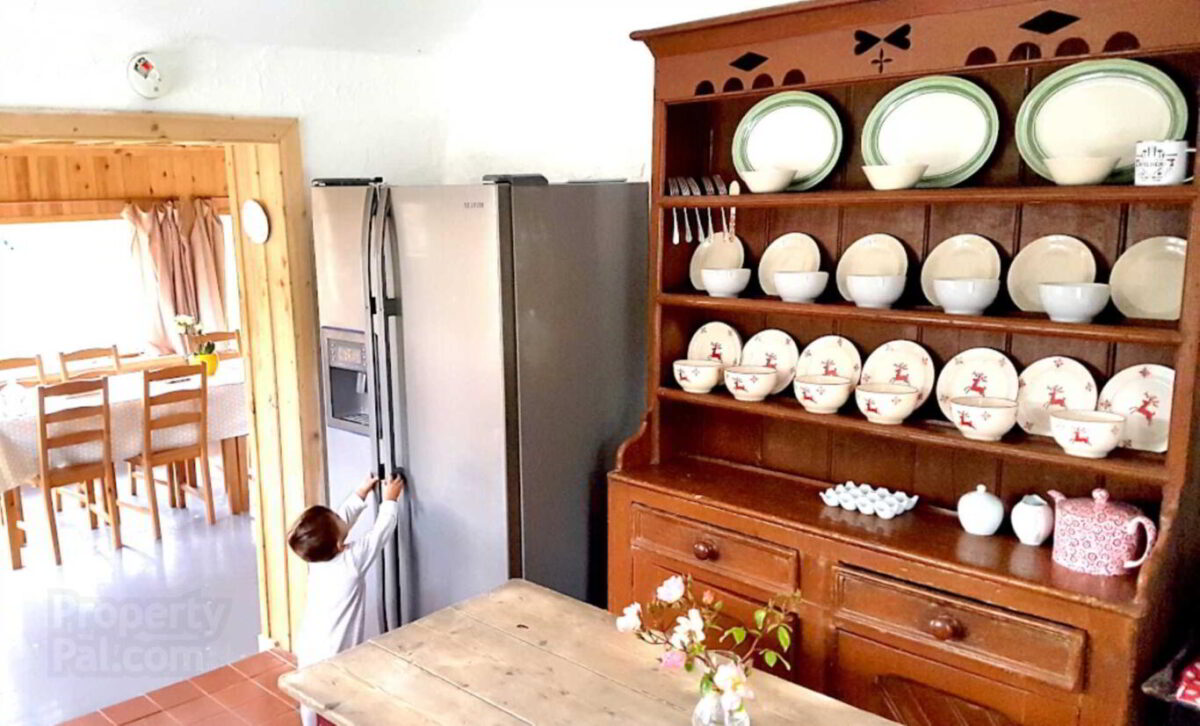 The two separate lots are intentional, as Stevenson suggests that a developer could buy the cottage as a home and make income from the glamping units, while also managing the site.

“I think that these four properties are among the top 10 commercial viable holiday lets in the country, they always have been, they are always full,” he said.

Stevenson has a strong affinity for Donegal and counts the wildlife and beaches as the main draw.

“I can’t get over the wildlife, we get deer right up to the thatch regularly and there’s been a massive growth in the otters being seen. They are getting more confident and they come right into the pools in front of Frank, Luna and Thatch,” he said.

“I’ve travelled all over and can say we definitely have the best beaches in Ireland. There is nothing else like Donegal for wild swimming. I think it’s one of the best places in Europe, the water is never too cold,” he said. He adds that local villagers too, the strong community and the great pubs are all plus points too. 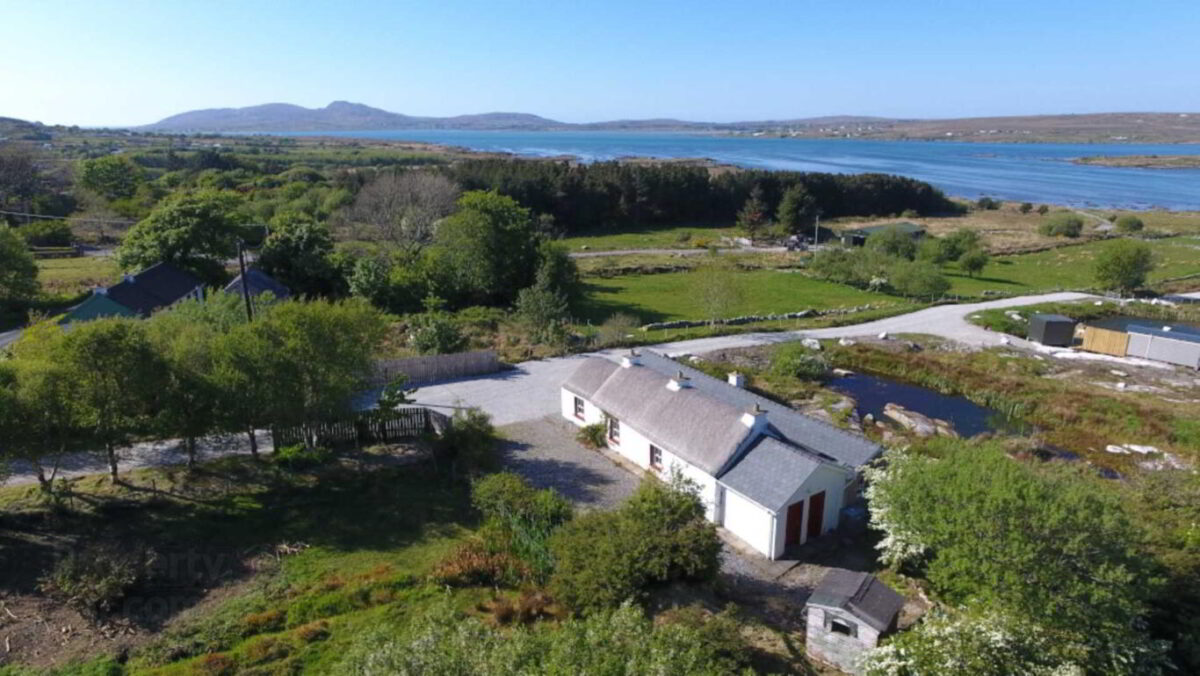 In terms of opportunity, Stevenson is confident that Donegal tourism has a bright future.

“Last year so many people in the Republic discovered Donegal for the first time. I’ve had so many conversations with guests who were amazed by Donegal,” he said.

“I think this summer is going to be a very good year. Donegal is having its day. Finally, the rest of Ireland is noticing the quality of life here.”

The Airbnb bubble will see some changes, he predicts: “There are a lot of Airbnbs now and I think it will be the high-quality units that will be the best and that will be guaranteed business in the future.

“The future is in individual high-quality units, not on a campsite but somewhere private.”

Viewings of the Traighenna Bay lots are exclusively by appointment only. To view the listings in full see:

For Sale: Now’s your chance to own Frank the famous Donegal shipping container was last modified: May 22nd, 2022 by Rachel McLaughlin
Facebook0Tweet0LinkedIn0Print0
[mashshare]