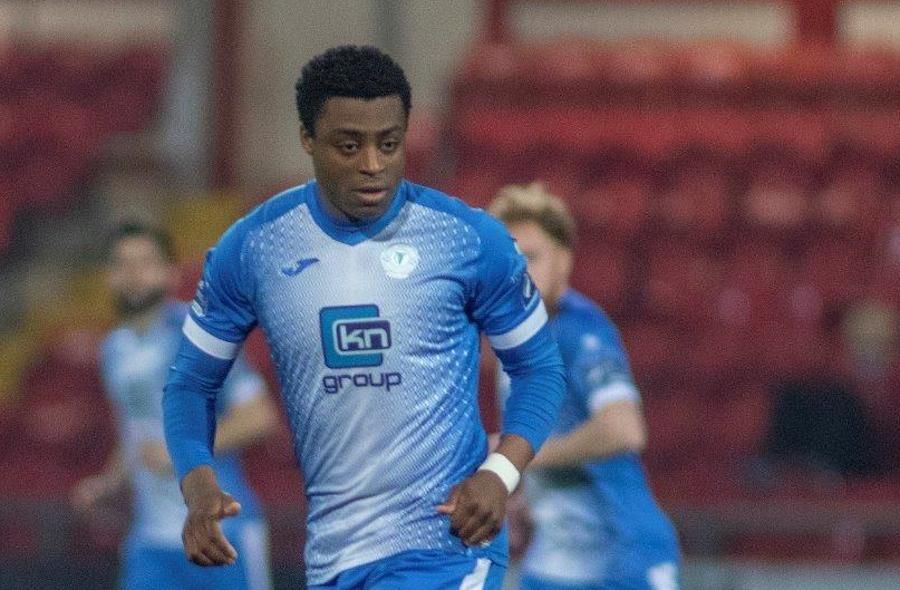 written by Dáire Bonnar May 23, 2022
Facebook0Tweet0LinkedIn0Print0

Former Finn Harps forward Tunde Owolabi impressed in Inchicore tonight as he scored a hat-trick for St. Patrick’s Athletic in a 3-0 win over Bohemians at Richmond Park.

Owolabi, who was a hugely popular player for Ollie Horgan’s side last season, opened the scoring after less than five minutes in typical fashion of the striker.

He made it 2-0 in added time of the first half and completed his hat-trick with a penalty on 68 minutes.

Owolabi caught the attention of fans last season after his hat-trick in Ballybofey against his current club, as he went on to be Finn Harps’ top goalscorer.

The win sees The Saints stay 4th, while Bohemians fall to 7th after Shelbourne and Sligo Rovers won.

Sean Boyd, who enjoyed two spells at Finn Harps, opened the scoring from the penalty spot as Shelbourne defeated UCD 2-0.