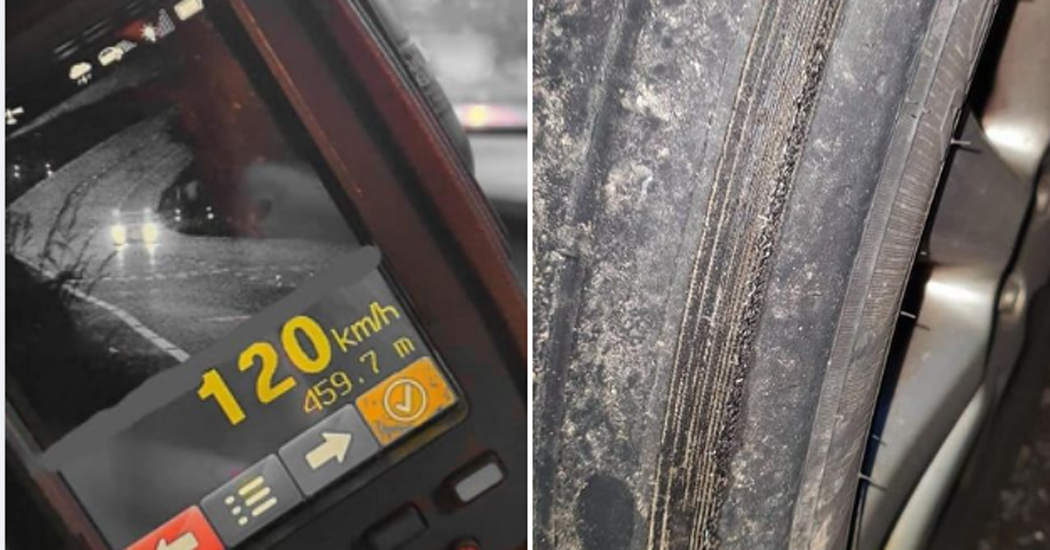 Gardaí in Letterkenny seized a car this morning after the motorist was caught speeding 120KPH in a 100KPH zone.

Once the driver was stopped, gardaí discovered that one of the tyres on the car was excessively worn.

Gardai also suspected that the driver may not have been insured. Enquiries are ongoing into the insurance status, gardaí said.

The detection was made during an early morning speed check by the Letterkenny Roads Policing Unit. The car was seized and a fine was issued.

Following the incident, gardaí took to Facebook to ask the public to “Please check your tyres regularly and even more regularly when the tread depth reaches 3mm. The legal minimum tread depth is 1.6mm. The more worn your tyres become, the less grip they will have on the road surface.”

Gardaí also called on motorists to slow down and ensure that their documentation is in order.