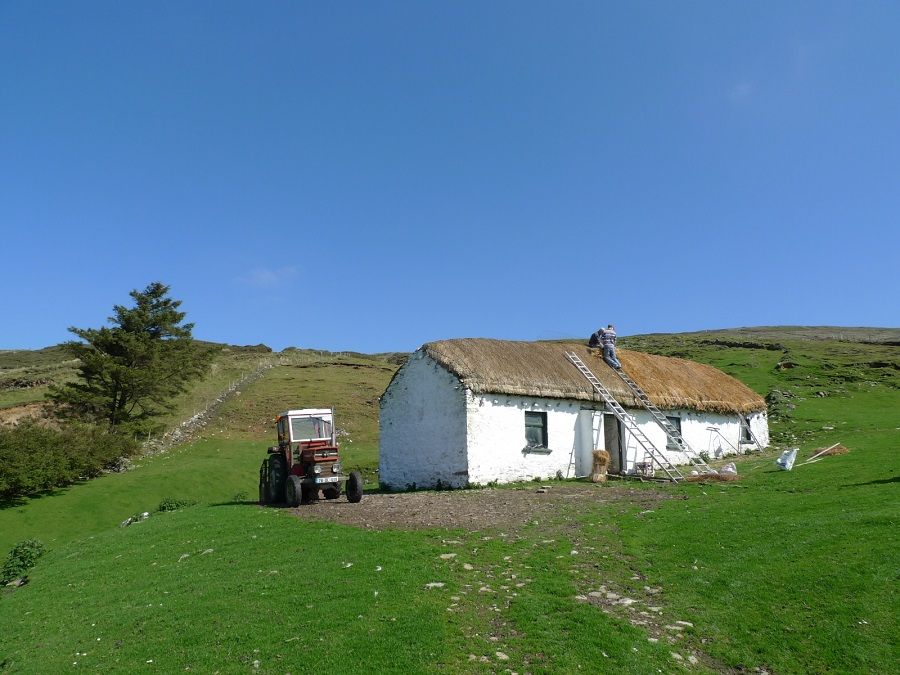 There are up to 1,000 cottages across the country with a number in Donegal.

But owners of the stunning traditional-style cottages say they are finding it almost impossible to secure insurance for the historic dwellings.

Some have been quoted as much as €8,5000 to insure annually while others have been forced to go without insurance at all.

Irish companies that provided thatched housing insurance are no longer taking on new customers due to “serious deterioration in the claims experience”, while UK providers have exited the Irish market since Brexit.

Rory Stewart, a thatched homeowner in Ardara, County Donegal, recently penned a letter to the Irish Times warning that the dwellings would become extinct if people were unable to obtain insurance.

“Without an insurance provider left in the market, more and more of our thatched heritage will continue to disappear,” Stewart warned.

“Now that no insurance providers remain, will the State intervene to provide support to insure our Irish heritage or is this the beginning of the end for the thatched heritage of Ireland?”

Seán McLaughlin, a 78-year-old man from Malin Head, told the Irish Independent that his home has been uninsured since 2007.

“I was insured for about 10 years. I didn’t have any claims or anything, but around 2007, when the big slump came, I got a letter from my insurers to say that the underwriters weren’t willing to underwrite anymore. That’s the last time I was insured,” McLaughlin told the Irish Independent.

McLaughlin bought his home in the 1970s, adding that his house was one of six thatched cottages within 100 yards. However, only his house remains in the village today.

“When you think of Ireland, you think of a pint of Guinness and a thatched house, but it’s one aspect of our history that is rapidly disappearing,” McLaughlin said.

Hundreds of people have signed a petition calling on the Government to address the disparity between regular property insurance and thatched insurance.

“If this insurance situation is left to continue, then our heritage will suffer,” the petition said.