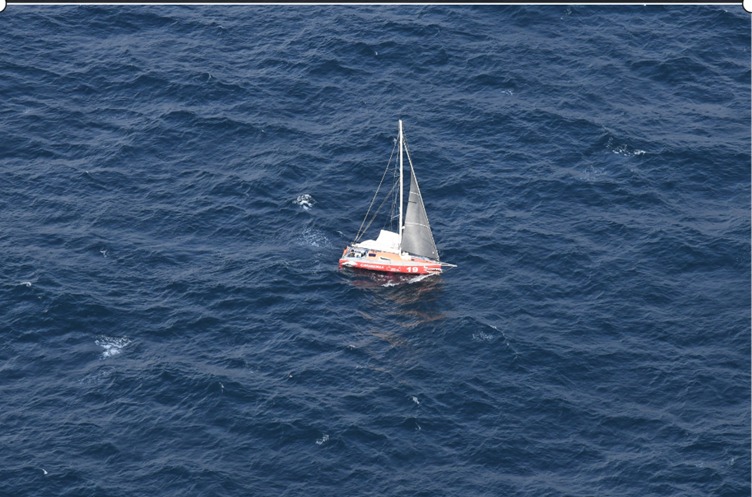 Malin Head Coast Guard station was involved in a two-day multi-agency search for a yacht which went missing during a race across the Atlantic.

The Cariberia yacht, with one person onboard, was sailing from Plymouth in the UK to Newport Rhode Island in the USA when it got into difficulty off the coast of Antrim on Saturday morning. The skipper was taking part in the OSTAR Transatlantic race at the time.

The skipper made a call for assistance while approx 175 nautical miles North West of Downpatrick Head. Shortly afterwards the vessel indicated an intention to return to the UK.  However, following this, all communication was lost, sparking a search by Malin Head Coast Guard and a UK aircraft.

The vessel was eventually spotted by the aircraft on Sunday evening. By this time it was approximately 32nm west of Achill Island Co Mayo.

MRSC Malin Head tasked the Rescue 118 helicopter from Sligo along with Achill Island Lifeboat. R118 made contact with the skipper who advised that the vessel had lost all power. The Achill Island Lifeboat made its way to the vessel and secured a tow line. The lifeboat then commenced the long overnight tow to Clare island Co Mayo arriving safely on Monday morning shortly after 0900.

“The skipper is believed to be in good spirits after his ordeal,” said a spokesperson from the Irish Coast Guard.