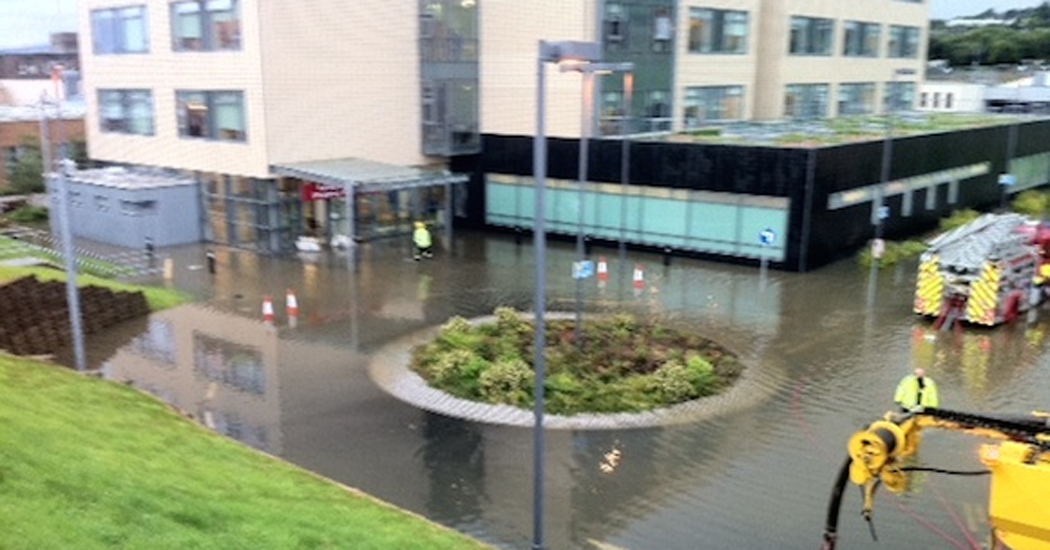 Report into LUH flooding still not published eight years on

A critical report into flooding at Letterkenny University Hospital in 2014 remains unpublished eight years on.

An investigation was launched in the aftermath of a flood at the new €20million A&E unit in August 2014. Water leaked into the ED’s reception and administrative areas, forcing the ED to go off call for three hours. The incident occurred one year after over €25m of damage was caused in another deluge in 2013.

The final report into the cause of the flood has been completed for years, but it is now delayed for “legal review prior to publication”.

Cllr Gerry McMonagle, chair of the HSE Health Forum West, said he could not understand why it is taking so long.

“The public needs to know how that happened and the consequences of it,” Cllr McMonagle told the forum today.

“But why it is taking so long is beyond me and everybody out there.”

Saolta CEO Tony Canavan agreed that the report should not have taken so long and said it will be followed up on.

Report into LUH flooding still not published eight years on was last modified: May 24th, 2022 by Rachel McLaughlin
Facebook0Tweet0LinkedIn0Print0