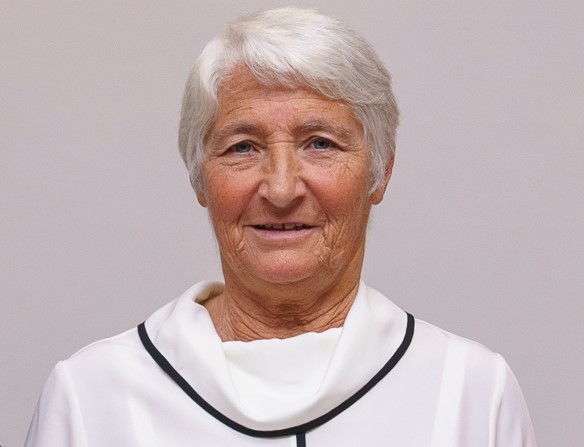 Around €1,300 has been raised for the Donegal Domestic Violence Services through Sunday’s RunDonegal Women’s 5K hosted by Finn Valley AC.

A field of almost 100 took the starter’s gun for the annual event which made a welcome return to the streets of the Twin Towns after a two-year break because of the pandemic.

And while the entry was down considerably compared to previous years, race organiser, Grace Boyle (pictured above), said she was happy to see an actual race being held again.

“Initially when we launched the 2022 RunDonegal Women’s 5K back in April, we had set a target of 500 entries. But there’s been a big change in people’s habits over the last couple of years.

“There’s been a notable drop in the numbers taking part in races locally, so it’s a sign of the times were are in,” she said.

“While the number of participants is down, we had hoped that perhaps more people might have entered with the view of making a donation to this year’s benefiting charity. But that’s not the way things went.

“That said, we’re delighted that we will be presenting the Donegal Domestic Violence Services with a cheque for €1,300 and I extend my thanks to everyone who took part and supported this year’s RunDonegal Women’s 5K,” the race organiser added.

The proceeds the Donegal Domestic Violence Service will receive from the 2022 RunDonegal 5K will go to furnishing two much-needed accommodation units the organisation is currently renovating.