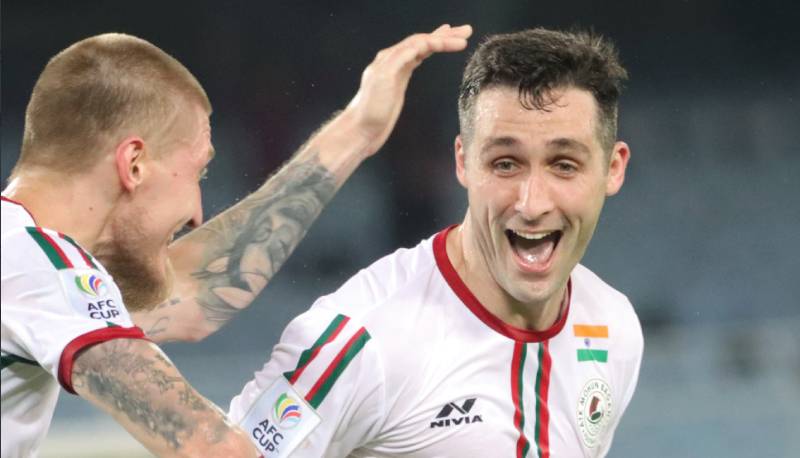 written by Dáire Bonnar May 25, 2022
Facebook0Tweet0LinkedIn0Print0

Carl McHugh got his first goal for ATK Mohun Bagan yesterday as they won 5-2 to top their AFC Cup group.

The Lettermacaward man got his first goal in three years as he scored the fifth goal that guaranteed the club to top Group D and qualify for the Inter-zone play-off semi-final of the AFC Cup.

The 29-year-old scored on his debut for Indian outfit ATK FC in 2019, but the club was dissolved in 2020 as they amalgamated with Mohun Bagan AC.

McHugh moved out to India in 2019 from Motherwell and his ATK side won the Indian Super League play-offs in 2019/20.

ATK Mohun Bagan finished third in the Super League this season but were defeated in the semi-final of the play-offs to Hyderabad.

Carl McHugh scores to help his side top AFC Cup group was last modified: May 25th, 2022 by Dáire Bonnar
Facebook0Tweet0LinkedIn0Print0