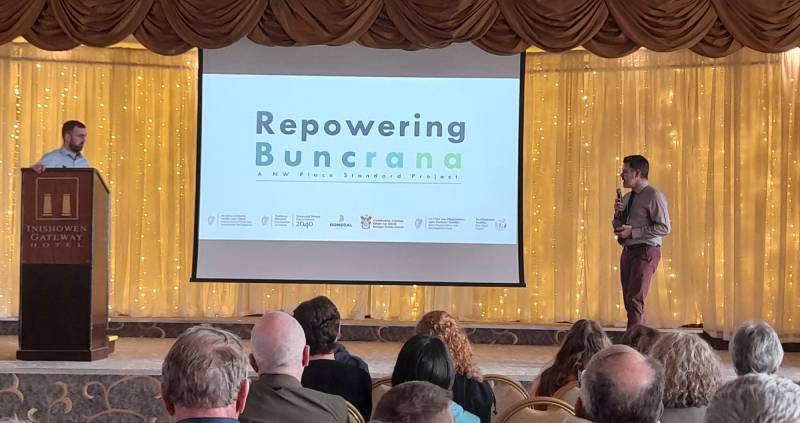 Cathaoirleach Jack Murray hailed the public event held in the Inishowen Gateway Hotel on Monday 23rd May as a ‘great step forward for Buncrana.’

The 3 individual areas of work were combined into one event to simplify and encourage the publics attendance.

The public event was led by Donegal Council Council and the Cathaoirleach Cllr. Jack Murray who after the event hailed it as: “a fantastically positive evening for the town where well in excess of 150 people turned up with a united sense of purpose.” 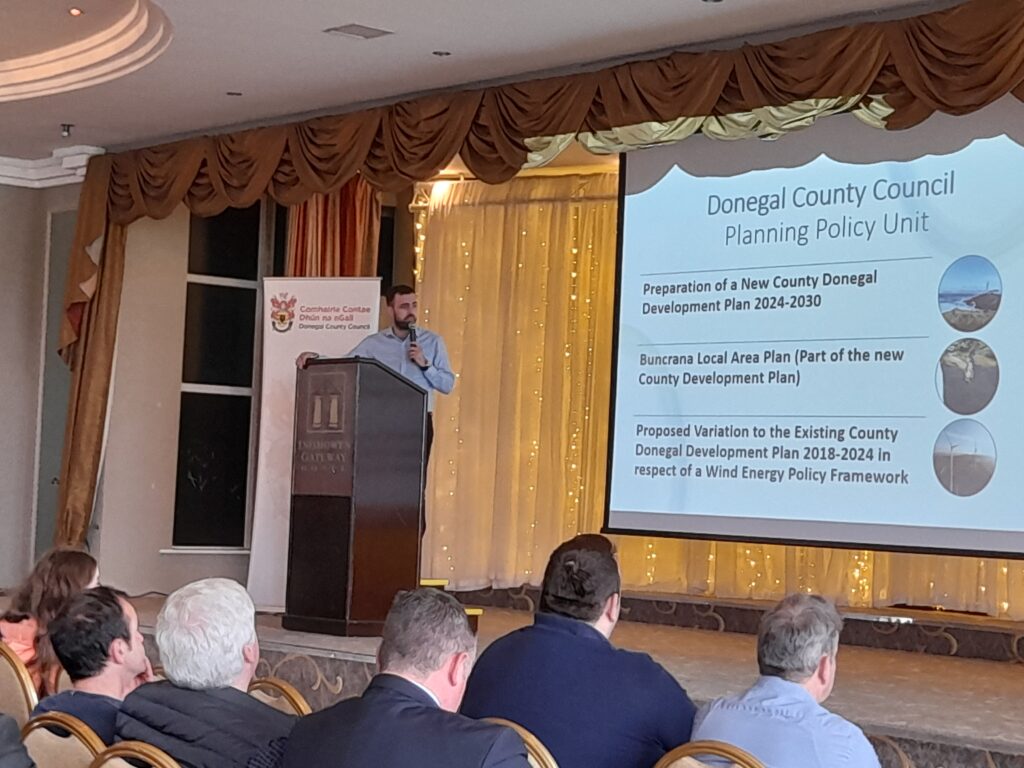 He added: “the Repowering Buncrana regeneration project is the single largest piece of investment in reimagining the shorefront and tourism offering.”

Council Planners from the Planning Policy and Regeneration Units were on hand throughout the drop in event during the day and later delivered presentations on the preparatory work on both the new County Development Plan, a new Local Area Plan for Buncrana, details on the proposed wind energy variation and extensive detail on the RRDF funded ‘Repowering Buncrana project’. 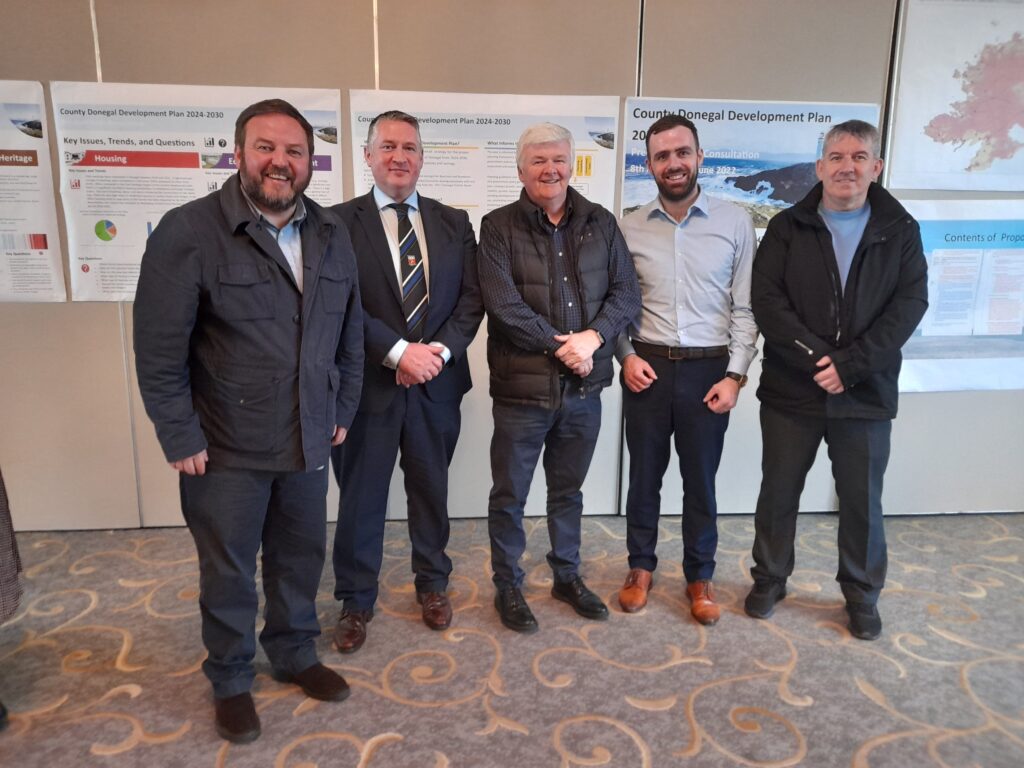 The Councils Water & Environment unit were also available throughout the day alongside their consultants to present the Draft Preliminary proposals for the redevelopment of the Buncrana Leisure Centre on the shorefront.

The Cathaoirleach described the event as a ‘Great step forward in realising the towns future potential.’ 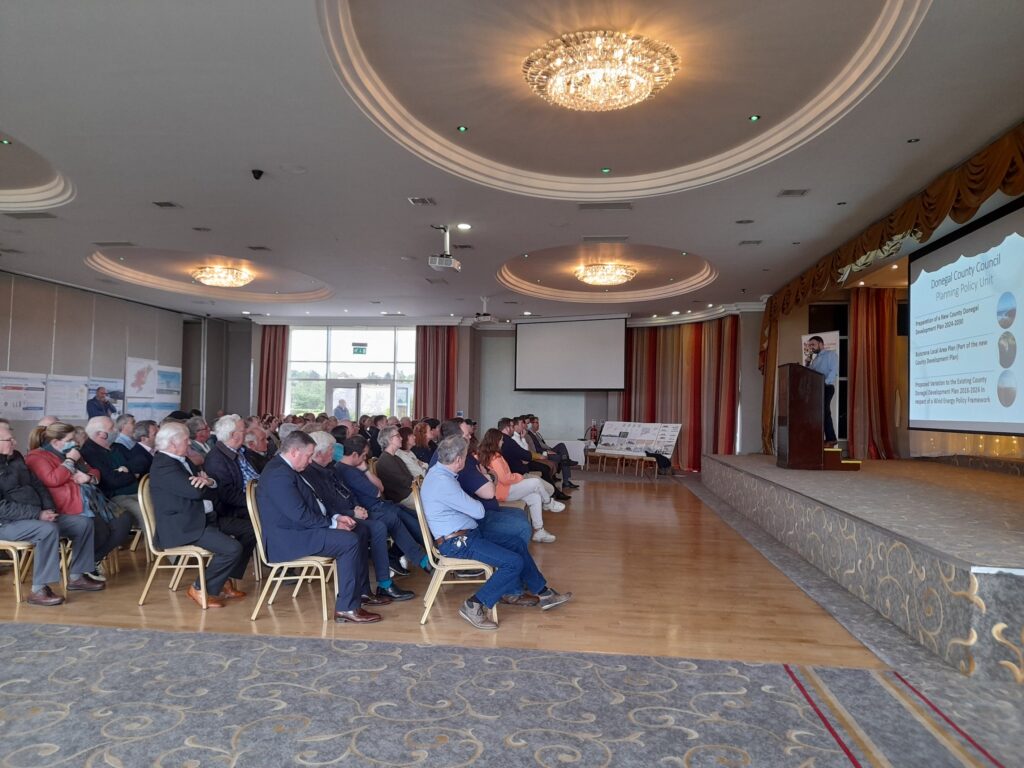 The public in attendance at Buncrana’s public event in the Inishowen Gateway Hotel on Monday 23rd May, 2022

Cathaoirleach hails public event as a ‘great step forward for Buncrana’ was last modified: May 25th, 2022 by Staff Writer
Facebook0Tweet0LinkedIn0Print0