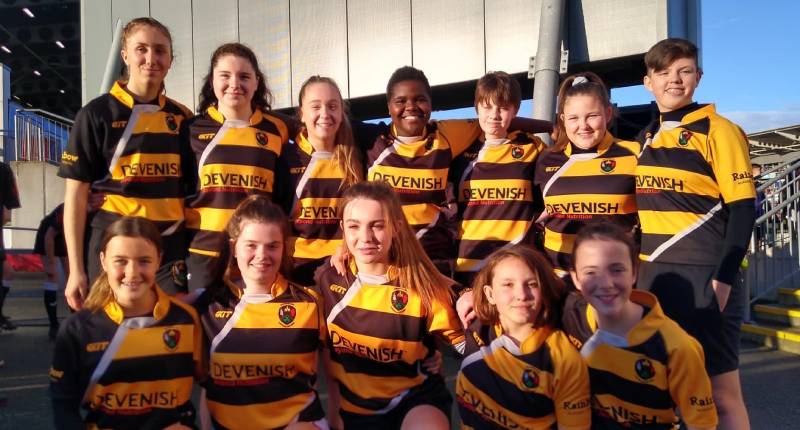 written by Staff Writer May 25, 2022
FacebookTweetLinkedInPrint

Letterkenny under 14s were awarded the chance to play at the half-time interval of the Ulster vs Cell C Sharks game on Friday night at Kingspan stadium.

The girls combined with their playing partners from Limavady to line out against Cooke u14s. The game was fast and furious with Letterkenny/Limavady dominating possession and territory.

Cooke managed to score a breakaway try but the Letterkenny/Limavady side came back to draw the encounter with a well-deserved try at the finish.

For most of the girls, it was their first ever time in Kingspan stadium to watch Ulster. All of the girls enjoyed the experience of playing under lights and in front of a big crowd at the home of Ulster Rugby.

Letterkenny girls play in front of huge crowd at Kingspan Stadium was last modified: May 25th, 2022 by Staff Writer
FacebookTweetLinkedInPrint