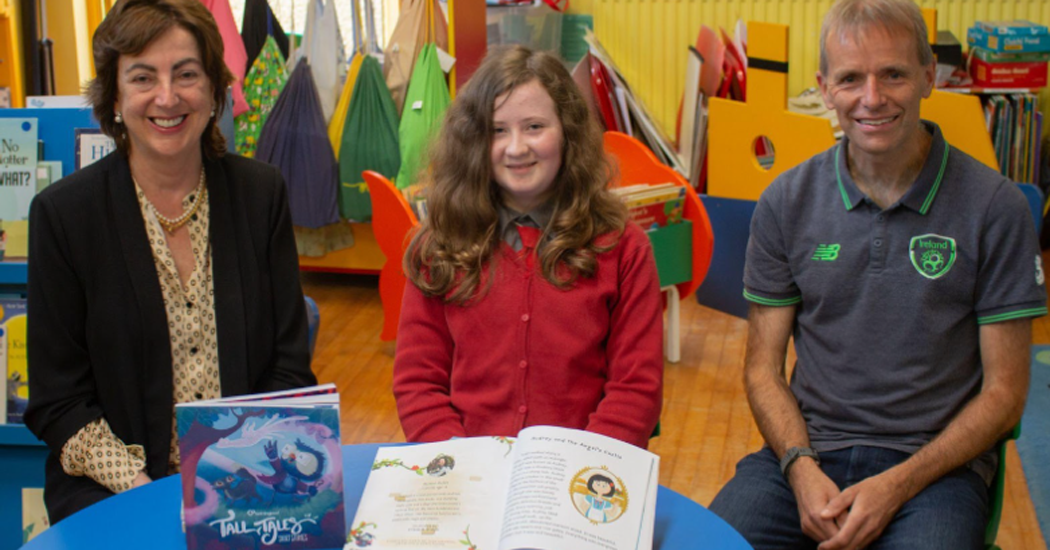 written by Rachel McLaughlin May 26, 2022
Facebook0Tweet0LinkedIn0Print0

A budding writer from Donegal has been chosen as a winner in a global story competition in aid of Make-A-Wish International.

The book is the product of a competition run by Derry tech company Learning Pool, and all royalties on the sale of the book (estimated between 20-34% of the sale price) will be donated to Make-A-Wish International, a global charity that creates life-changing wishes for critically ill children.

Just a few months ago, aspiring writers, aged between 7 and 12 years old, were invited to use their imagination to submit a story about a mythical creature. And they did not disappoint! With hundreds of  entries from all over the world, Rachael’s story ‘Audrey and the Angel’s Castle’ impressed the judges with her imagination and writing skills, earning her a cash prize and the opportunity to have her story published.

Talking about her inspiration for the story, Rachael recalls a dream that she had at the age of four. She used this as the starting point to write her beautiful tale of an abandoned mansion filled with unicorns and angels. It’s clear from her story that Rachael has a passion for writing. She started to write very young, passing the time in rural Donegal by writing short stories and mini newspapers for her toys!

“We are very proud to be able to grant Saga’s wish to become a writer and so happy that she is featured in this book. Tall Tales Short Stories celebrates the shining stars all around us – children helping children. We believe that a wish-come-true empowers and transforms the lives of anyone who plays a part. Our belief in the power and impact of a wish is what guides us and inspires us to grant the wish of every eligible child.” said Luciano Manzo, Make-A-Wish International President and CEO.

Tall Tales Short Stories has been edited and illustrated by the talented team of Learning and Graphic Designers at Learning Pool, each story in the collection having been paired with its own eye-popping artwork. The book is now available to order here. With its stories of sea-dragons, werewolves, unicorns, wood spirits, and… gnomes, it’s the perfect gift for anyone who likes a tall tale. And best of all, it’s all for a good cause.