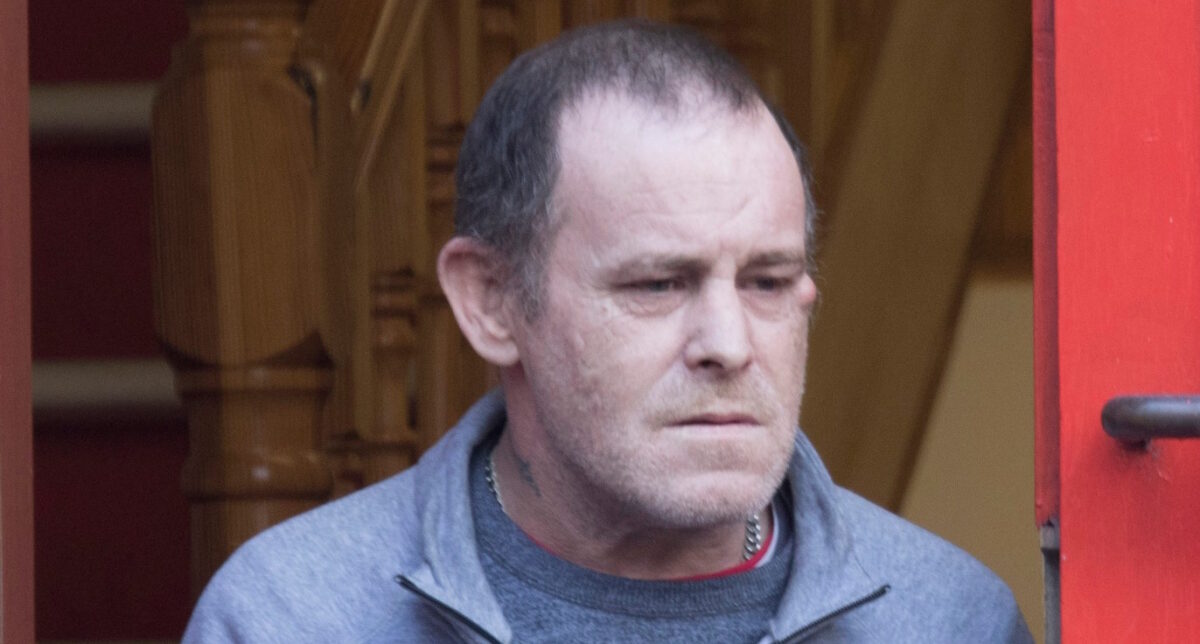 ‘Neighbour from hell’ is jailed for five and a half years

A man who terrorised a Co Donegal housing estate has been jailed for five and a half years.

Carl Ryan caused havoc on the Burwood estate in Buncrana for a number of years.

He played loud music and hospitalised a neighbour with a one-punch attack when he complained.

He then admitted demanding money with menaces from the landlord of the house he was renting telling him he wanted €1,000 to move out or he would burn down the house.

Ryan, a reformed heroin addict form Dublin, showed little emotion as he was jailed for five and half years by Judge John Aylmer.

Both sentences are to run consecutively as the second offence was committed while Ryan was out on bail for the assault charge.

The court was played a twelve minute audio message of a telephone conversation between Ryan and the landlord of his house William Baldrick.

Ryan is heard accusing Mr Baldrick of “blackening” his name with Donegal County Council and leaving him unable to find another house.

He then says he will leave the house if he gets €1,000 but if he does not that he will burn the house down and also burn Mr Baldrick’s own home down.

“You’re going to have no house. I’m going to burn it down. I’m going ti burn this house and your house. I hope you have that on tape. I’m f***ing genuine,” he said.

He then says how he will fight Mr Baldrick through the courts and how it will cost him €30,000 in legal fees.

After a number of minutes of the audio being played Judge Aylmer ordered the tape to be stopped saying he had heard enough.

Ryan was already facing a sentence after a jury found him guilty by a unanimous verdict of assaulting pensioner Peter Deeney.

The accused claimed he was acting out of self-defence after he was approached by Mr Deeney at his home at Burwood, Buncrana on September 22nd, 2019.

Mr Deeney, who had lived with his family on the estate for 20 years, told how he had been out for some drinks in the local pub and had been collected just after 7pm his his wife Frances.

While having his dinner he noticed a lot of noise coming from Ryan’s house across the green.

He went over to Ryan’s house which the accused shared with his partner Jacqueline Carroll, knocked on the door and then looked in the window.

Mr Deeney then claimed Ryan came out of the house and attacked him knocking him in and out of consciousness.

The victim was taken to hospital where he was treated for multiple facial injuries.

Under cross-examination from Ryan’s barrister, Mr Peter Nolan, Deeney denied that he had started the row.

Mr Nolan said any claims that his client was a “neighbour from hell” was simply a character assassination from a television programme.

He asked was it not the case that Deeney had said to his wife that he was going over to Ryan’s house to “sort him out.”

Mr Nolan asked Deeney was it not the case that he was full of “Dutch courage” after taking several drinks.

Mr Nolan added “I put it to you that you said to him ‘What are you doing here you Dublin scum bastards. I’ll burn you out and shoot you?”

Mr Deeney denied this but did admit there had been issues with Ryan before including an incident when a Dublin flag outside his house had been broken.

The jury took two hours and then found Ryan guilty.

Passing sentence Judge Aylmer said Ryan was lucky he was not before another court on a more serious charge saying “We know it’s only a matter of chance that someone survives such an assault.”

He said the assault merited a sentence of four years before mitigation and on mitigation he was reducing it to one of three and half years.

He noted the second charge of demanding money with menaces occurred when Ryan was on bail for the first charge of assault against Mr Deeney which meant any other sentence had to run consecutively.

Judge Aylmer said “He has had a hard life albeit but much of that has been brought upon himself by drugs and alcohol.”

He said a probation report showed him of being of a high risk of reoffending and lacking in victim empathy.

He noted his guilty plea and that he was a hopeless addict and was reducing a sentence of three years to one of two years meaning Ryan will serve a total of five and a half years in prison.

‘Neighbour from hell’ is jailed for five and a half years was last modified: May 27th, 2022 by Staff Writer
Facebook0Tweet0LinkedIn0Print0