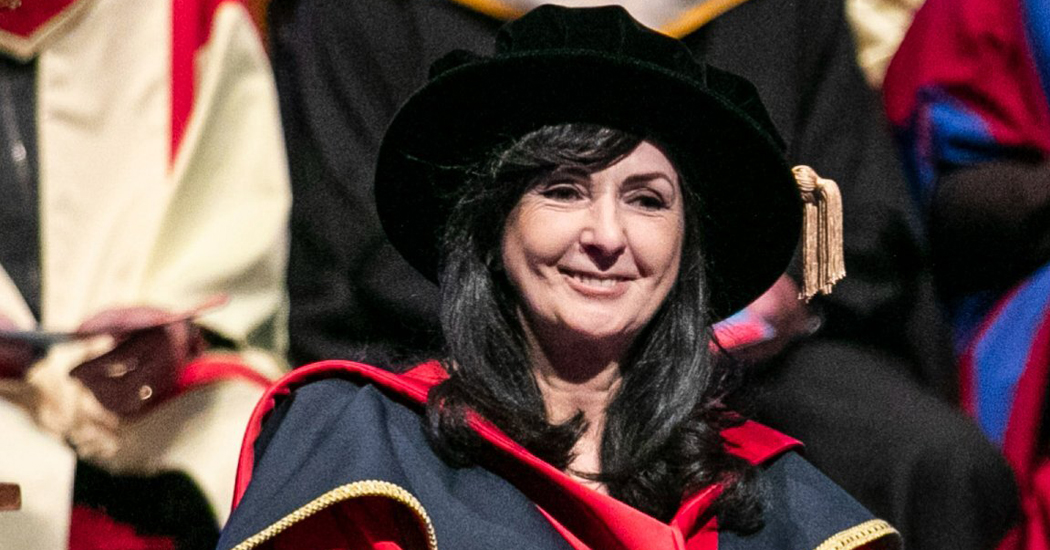 The Grammy award winning Clannad superstar was conferred the award of Doctor of Philosophy (Honoris Causa) on Thursday.

Dr Brennan was joined by her close family, including her mother ‘Baba’ and sister Enya, as she celebrated the career milestone. 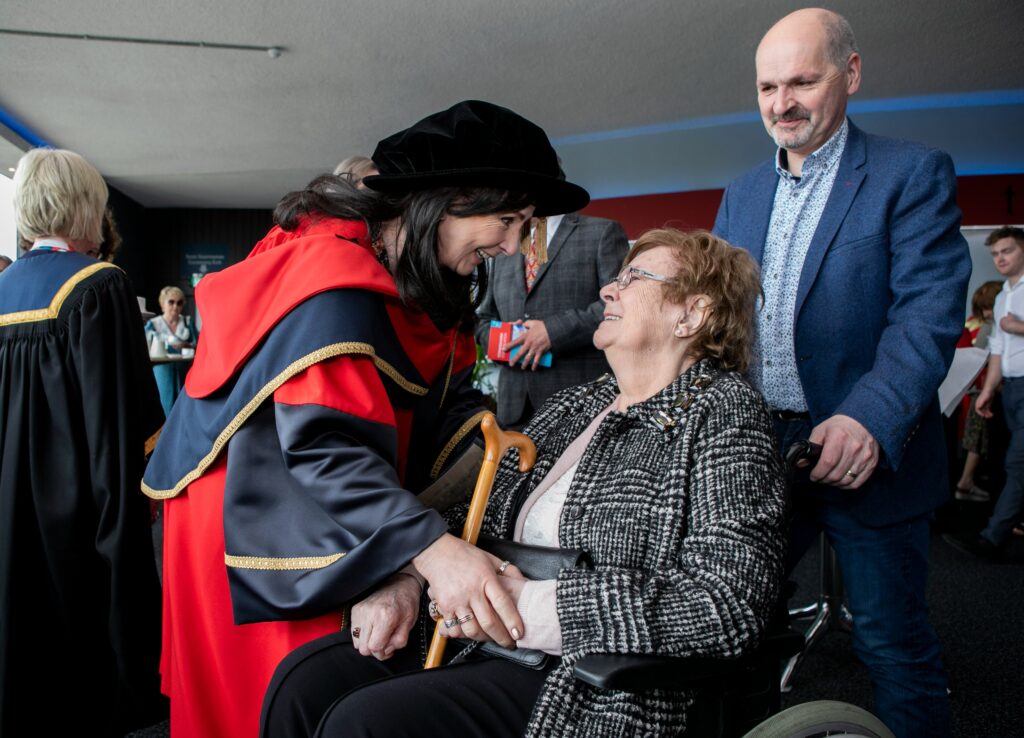 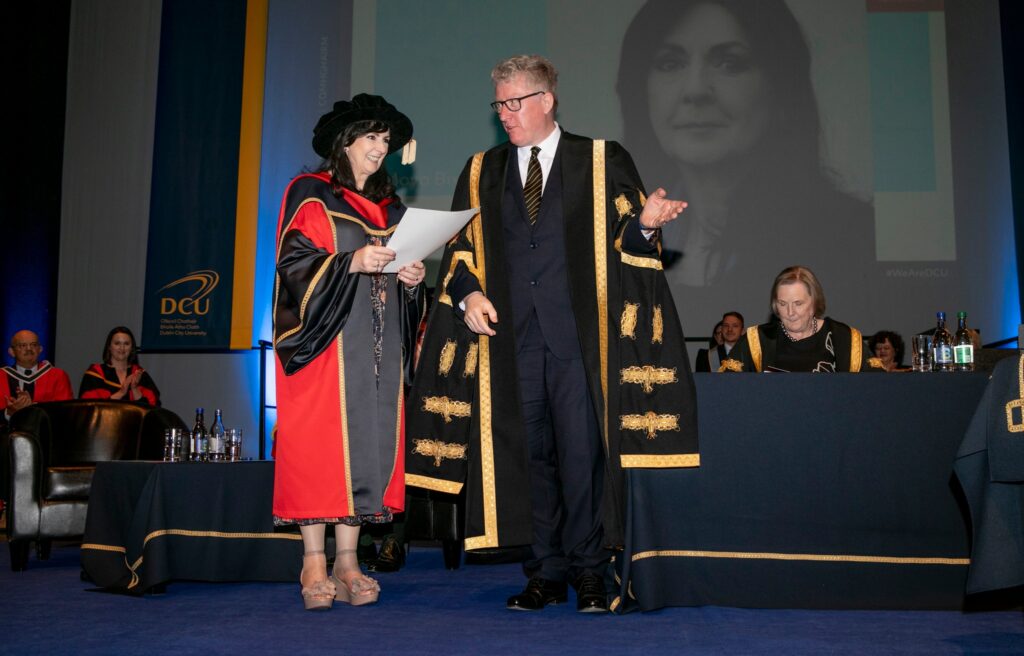 She said: “I’m so thrilled and humbled to receive an honour such as this from an amazing university. Not in my wildest dreams did I ever think I would be conferred with a Doctor of Philosophy. Singing and playing music for over 50 years makes this Honorary Doctorate something very special and I hope I can continue to use my talent to reach other frontiers and spread good will. It is especially wonderful that Dublin City University have set such importance on valuing, preserving and protecting the Irish language having, myself, collected and recorded Gaeilge songs from my area over many years.”

Delivering the citation for Moya Brennan, Dr. Síle Denvir DCU’s Scoil na Gaeilge, said: “Moya has an innate ability to find the heart of music, to reach the essence of a song or a tune, and to make the ordinary extraordinary. Her many accolades, including a Grammy and an Emmy, are testament to this. Moya has played on the greatest stages in the world with many, many famous singers and musicians, but her generosity of spirit and grounded connection with her roots always bring her back home to the stage her father carved out for her and for her siblings in Tábhairne Leo in Mín na Leice.” 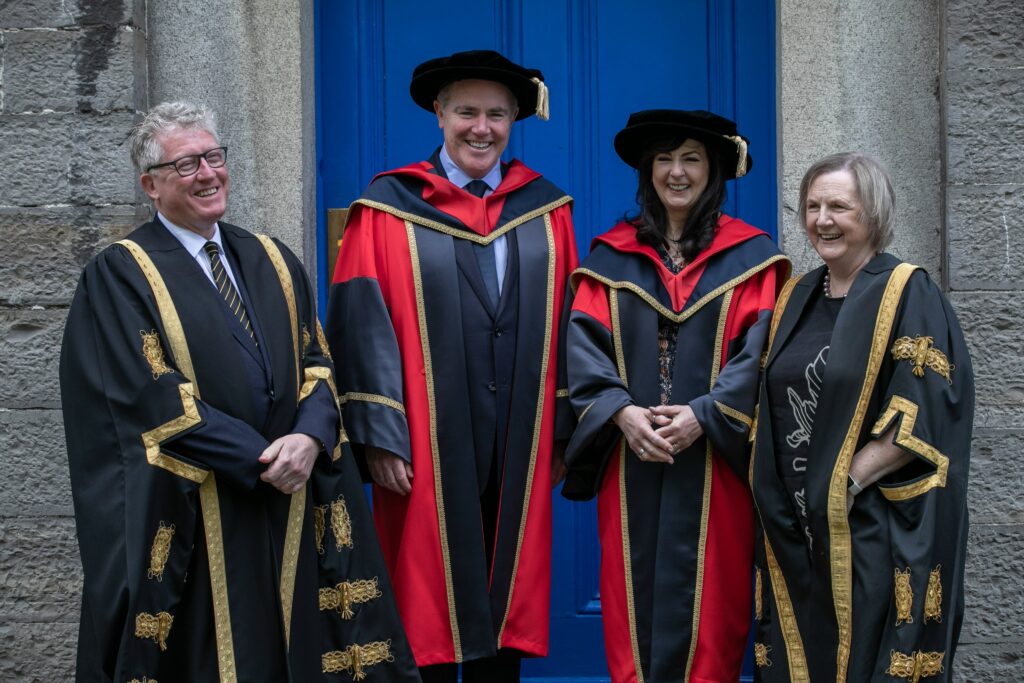 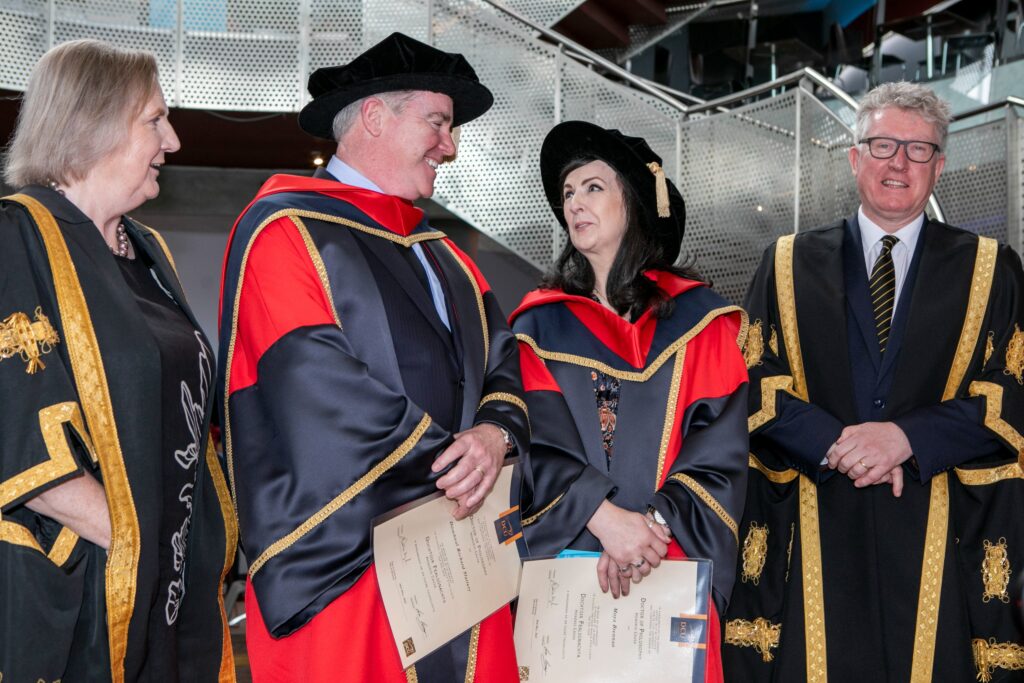 Prof. Daire Keogh, President of Dublin City University said: “Moya and Dómhnal are genuine trailblazers in their respective fields of music and aviation. They have both shown a lifelong commitment to the pursuit of excellence, always striving to develop, to learn, to get to the next level. They have also demonstrated the importance of giving back, by supporting the development of the next generation of talent, and sharing their time and experience for the benefit of our wider society.”