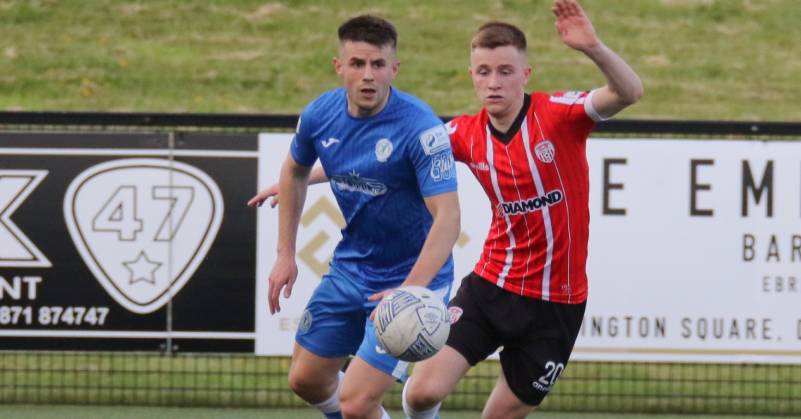 Finn Harps are drawing 1-1 with Derry City at half-time at the Ryan McBride Brandywell Stadium.

Harps took an early lead when José Carrillo’s cross to the edge of the box was laid off by Ryan Rainey into the path of Filip Mihaljević.

The Croatian striker took a touch and smashed the ball low and hard into the far corner after eight minutes.

Five minutes later, Ollie Horgan’s side were agonisingly close to going 2-0 up when Regan Donelon’s free-kick hit the crossbar.

And with one free-kick going close at one end, Will Patching made no mistake with a free-kick on the other end.

His strike from over 30 yards out caught Mark Anthony McGinley out and levelled the sides after 22 minutes.

Patching free-kick cancels out Mihajević opener at half-time in Derry was last modified: May 27th, 2022 by Dáire Bonnar
Facebook0Tweet0LinkedIn0Print0